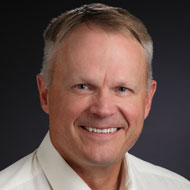 Robert Rebholtz Jr. is the President and CEO of Agri Beef, headquartered in Boise, Idaho. He manages and directs the strategic vision for the company his father founded.

As the company grew into a major beef slaughter and fabrication operation — with its processing facility in Toppenish, Wash. — Rebholtz has ensured that the company maintain the highest standards for livestock and meat processing and command respect in the Pacific Northwest, where it is based. In addition, Rebholtz has served on the Board of Directors and as president of the National Meat Association, and has been Chair of the National Cattlemen’s Beef Association’s Long Range Planning Committee.