This website requires certain cookies to work and uses other cookies to help you have the best experience. By visiting this website, certain cookies have already been set, which you may delete and block. By closing this message or continuing to use our site, you agree to the use of cookies. Visit our updated privacy and cookie policy to learn more.
Home » Bill Kurtis to keynote Meat Industry Hall of Fame Induction Ceremony
Meat and Poultry Industry News 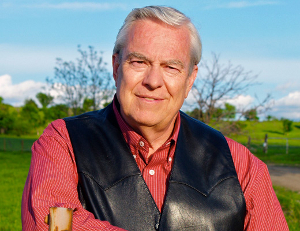 The Meat Industry Hall of Fame has announced that famed journalist and award-winning broadcaster Bill Kurtis will be the keynote speaker at our annual Induction Ceremony and Dinner on November 3 at The Drake Hotel in Chicago. Kurtis, a legendary news anchor and foreign reporter, has worked for the award winning program CBS Reports and co-hosted the CBS Morning News.

After anchoring the news for Chicago’s WBBM-TV, he left traditional television reporting to start his own production company, making a variety of programs for A & E Television Network.  Several years ago, he founded Tallgrass Beef in his home state of Kansas, raising grass fed cattle and supplying meat to some of the top restaurants and supermarkets around the country.

This will be Kurtis’ third keynote address, which is becoming a Hall of Fame tradition when the Induction Ceremony is scheduled in Chicago. Past speakers have included Rosemary Mucklow, Director Emeritus of the North American Meat Association and Temple Grandin, a member of the Hall of Fame Inaugural Class of 2009 and well-known animal behavior consultant to the livestock industry.

The Induction Ceremony will honor these six distinguished members of the Class of 2013:

SHELDON LAVIN, Chairman and CEO of OSI Group, LLC, a global supplier of top quality meat products for many of the world’s leading foodservice and retail brands.

ROGER REISER, President of Reiser, a leading food industry equipment manufacturer, and a strong proponent of advancing product quality and value through leading-edge technologies in processing and packaging.

A reception, co-hosted by the North American Meat Association and the Meat Importers Council of America, will begin at 5:30 pm.  The Induction Ceremony and Dinner will begin at 6:30.  Tickets are available from the Meat Industry Hall of Fame.  For more information about the event or how your company can help support the Hall, contact Chuck Jolley at Chuck@MeatIndustryHallofFame.com or +1 913.205.3791.