Removing phosphates from your sanitation doesn't have to compromise effectiveness

Phosphates have been a fundamental ingredient in cleaning and sanitation chemicals for years. While banned in consumer products like dishwashing detergents due to their potential for water pollution, phosphates are still a principal ingredient in sanitizers for food processing facilities. The continued use of phosphates is primarily due to their efficacy in cleaning formulations which are critical for food safety.

However phosphate-containing chemicals pose a significant threat to the environment if left untreated in wastewater. Along with tightening regulations from local municipalities and the EPA, this means meat and poultry processors will need to reduce their use and discharge of phosphates. The good news? With recent innovations in sanitation chemistries, beef and poultry processors now have more phosphate-free chemical options at their disposal—that are equally efficacious to conventional chemistries.

Here's a deeper look into the reasons for change and the new options for meat and poultry processing facilities.

Phosphorus and Its Impact on the Environment 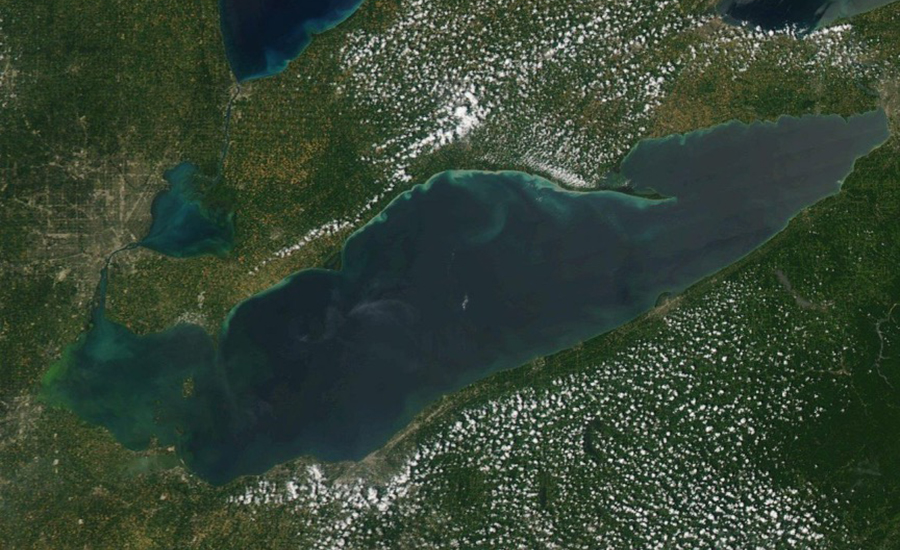 The main concern around phosphate usage is the potential for water pollution. As early as the 1960s and as recent as this year, the Great Lakes region and areas across the United States have grappled with the effects of phosphorus in wastewater runoff, including contaminated drinking water and even dead zones in lakes, rivers, and other bodies of water critical to surrounding areas. Phosphorus is a naturally occurring mineral essential to living organisms. But when excess quantities are present in surface waters it promotes algae blooms, which deplete the water's oxygen and cause fish, plants, and other life in the waterway to die. This process is called eutrophication, and it occurs when untreated wastewater containing phosphates enters a larger body of water.

Efforts to curb phosphorus pollution in various industries began in the 1970s with the Clean Water Act, the first major legislation to address water pollution, according to the EPA. The EPA revised the Clean Water Act in 1990 to include regulations specific to the Great Lakes. Since then, several states have adopted individual bans or stricter rules on phosphate use.

Despite these regulatory measures in place, pollution in the Great Lakes and other bodies of water remains a problem, along with yearly toxic algae blooms. Industries that generate large amounts of phosphorus—including using phosphates in cleaners, detergents, or sanitation—should prepare for tightened regulations.

Reducing Phosphate Use with Phosphate-Free and Enzyme-Based Chemistries

There will likely always be some amount of phosphorus emitted into wastewater from natural substances such as bones or spillage from phosphate injections. However, meat processors can substantially reduce phosphates in wastewater by using phosphate-free sanitation.

Until recently, this option wasn't as viable for processors as it is now—conventional phosphate-containing chemistries are highly effective, economical, and multi-purpose, which are qualities difficult to achieve with other chemical formulations. These chemistries also break down soils, remove hardness from water and prevent deposits and films from building on surfaces.

Fortunately, some food safety providers have discovered alternative phosphate-free formulations that offer similar effectiveness against food soils, along with other benefits that phosphate-containing chemistries don't have. New enzyme-based sanitation chemicals, for example, effectively remove soils while offering a friendlier solution for use on soft metals. In cleaning aluminum, brass, or copper with phosphate-based chemistries, food processing facilities might be compromising food safety in their formulations to avoid damaging equipment. We've seen the same or greater efficacy against food soils at near-neutral pH levels with enzyme-based solutions, making these solutions safer to use on equipment.

However, it's important to note enzymes and phosphates are not mutually exclusive—there may be some products that contain both enzymes and phosphates. Look for chemistries labeled "phosphate-free" or talk with your chemical supplier to find an appropriate replacement for your sanitation chemicals.

Another Way? Evaluate Your Water and Chemical Usage

Another vital effort in preventing phosphates from entering waterways is cutting back on water usage. Beef and poultry processors use enormous amounts of water to produce their products, which contributes to the pollution problem and adds unnecessary costs. Using less water and consistent optimized concentrations of chemicals can help processing facilities decrease their wastewater holistically, thereby avoiding associated costs and negative environmental impacts.

Facilities using automated sanitation equipment with enzyme-based or phosphate-free chemistries achieve the best of both worlds. In the end, processors reduce operating costs and improve sustainability holistically, including lowering the number of phosphates in their wastewater.

Getting Ahead of Regulations and Meeting Sustainability Goals

Decreasing our reliance on phosphates and improving the health of our waterways is no small feat, and regulations will only become stricter. However, processors now have more opportunities at their disposal for minimizing phosphate usage without sacrificing food safety—in fact, they may even improve food safety in some scenarios. As the United States continues to grapple with these issues, facilities that make the switch to phosphate-free chemistries and automated equipment now will only come out ahead.

Case Farms donates $4,000 to Akron Children’s Hospital’s “Have a Heart, Do Your Part” radiothon