Three individuals with outstanding lifetime contributions to the meat business will be inducted into the Wisconsin Meat Industry Hall of Fame at a recognition ceremony on May 7. They include Clinton Gronau, an entrepreneur who developed a novel smokehouse system; Patrick J. Luby, a respected meat marketing authority; and Robert D. Nueske, who led the successful expansion of his family’s award-winning meat business.

More about this year’s inductees: 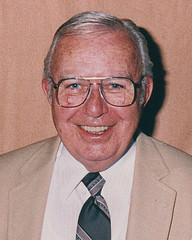 Clinton Gronau
Clinton Gronau founded Vortron Smokehouses, Inc., and his stainless steel one-truck smokehouse changed the ability of small meat processors in the United States to control smoking and cooking processes and produce safer products. Born in Chicago, Gronau took a management position with the Atmos Company, a smokehouse manufacturer, before joining Alkar in 1966. In the early 1970s, he formed his own company with his sons, Craig and Roger. Vortron exhibited its first production smokehouse in 1972, and USDA approval was obtained in 1975. Vortron’s was the first federally approved one-truck smokehouse. Gronau, who passed away in 1999, also served his industry as a member and board member of Wisconsin Association of Meat Processors and the American Association of Meat Processors. 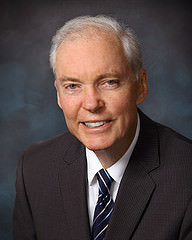 Patrick J. Luby
Patrick J. Luby is one of the most respected livestock and meat marketing authorities in the United States. Born on a farm near Zanesville, Ohio, Luby earned M.S. and Ph.D. degrees in agricultural economics from Purdue University and served on the faculty there. He joined the Oscar Mayer Company in agricultural economic forecasting and progressed through the company to vice president and corporate economist. His ability to select, analyze and interpret market data and to advise the company on marketing, inventory and procurement strategies was invaluable. Luby assisted in the UW-Madison’s livestock and meat marketing course for three decades. He has also served the industry as director of the National Livestock and Meat Board and member of the Chicago Mercantile Exchange. 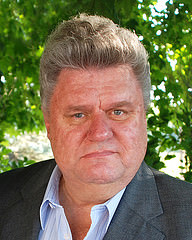 Robert D. Nueske
Robert D. Nueske led the development of Nueske’s Applewood Smoked Meats of Wittenburg, WI to become one of the most widely recognized independent, family-owned meat processors in the United States. The company was founded by Nueske’s father, “R.C.”, in 1933. Nueske became president in 1975 and expanded the company from 15 employees to more than 150 by 2015. Nueske’s products trace their origin to family recipes brought to Wisconsin when the family immigrated in 1887. Applewood logs are used in the smoking process, which lasts a minimum of 24 hours and lends the products Nueske’s signature sweet smoke flavor. The Specialty Foods Association, American Culinary Institute and National Meat Association have repeatedly honored Nueske’s products for their excellent quality. Nueske passed away earlier this year.

The Wisconsin Meat Industry Hall of Fame induction ceremony for these honorees will take place on Thursday, May 7 during the Wisconsin Livestock & Meat Council annual meeting. The induction luncheon will begin at noon at the Sheraton Madison Hotel, 706 John Nolen Drive, Madison. The cost is $35.

To register for the luncheon and/or the annual meeting, download the registration form at http://bit.ly/1OwW9nm. As instructed on the form, please return your completed registration materials to Jeff Swenson, Wisconsin DATCP, Division of Agricultural Development, 2811 Agriculture Drive, P.O. Box 8911, Madison, WI 53708-8911.

The Wisconsin Meat Industry Hall of Fame was created in 1993 to recognize individuals who have made significant contributions to the meat industry in Wisconsin. The Hall of Fame program is coordinated by and housed in the University of Wisconsin-Madison Meat Science and Muscle Biology Laboratory. To learn more, visit http://www.ansci.wisc.edu/Meat_HOF/index.htm.