The marketplace should continue to be friendly to companies who aren’t afraid to differentiate themselves from the norm.

There will be a record amount of meat eaten by American consumers in 2018, if projections will be accurate. The USDA announced that the average consumer will eat 222.2 pounds of red meat and poultry in 2018, which would surpass a record set in 2004. Domestic production should also surpass 100 billion pounds for the first time. A Bloomberg report notes that cheap feed grain should allow livestock owners to expand their herds.

Decreasing meat prices have helped keep meat consumption growing, and dietary trends are focusing more on protein and less on carbohydrates. To top it off, the economy in general is continuing the steady growth that it has seen in the last several years, leading to an environment where meat processors are in a good position for a strong year in 2018.

While the economy remains positive at the moment, the meat industry faces numerous factors that can impact it at any moment. Along with unpredictable events like a massive recall, natural disaster or media scandal, government regulations are a constant source of concern — particularly for the small, independent companies that often lack the luxury of having a dedicated regulatory expert on staff.

“The greatest challenge will be keeping up with an ever-changing regulatory landscape where it seems like there is more and more pressure being applied to small processors,” says Chris Young, executive director for the American Association of Meat Processors.

"The greatest challenge will be keeping up with an ever-changing regulatory landscape where it seems like there is more and more pressure being applied to small processors."

Young points to the challenges of navigating through the New Appendix A and B.

“FSIS has yet to finalize them after the comment period ended last fall but are already trying to enforce the changes,” he says.

In addition, Young notes that some companies are often stuck trying to decipher between official regulations and things that are just the inspector’s personal preferences.

“Those lines tend to get blurred, and plants are asked to do things that are not necessarily regulations,” he says. (Read more of Young’s thoughts on 2018.)

There are other issues that could challenge the meat industry in the coming year. The outcome of the NAFTA negotiations is a critical development, says Mark Dopp, senior vice president of regulatory and scientific affairs and general counsel for the North American Meat Institute.

“Opening new and expanding existing international markets are important to the industry,” he adds.

Dopp also notes that finding and retaining employees will continue to be a problem for the industry. Per the Bureau of Labor Statistics, the unemployment rate in December stood at 4.1 percent, down from 4.9 percent at the start of the year and the lowest rate the country has seen since 2000.

“After ensuring the safety of meat and poultry products, it is likely one of the most important issues facing the industry,” Dopp says of the retention issue. “It’s important to recognize the workforce today is not the same as the workforce of 20 or 30 years ago.”

Following are two companies looking for a strong 2018, and how they have set themselves up for success.

Be a leader, not a follower

When it comes to being an innovator in the industry, small companies are just as capable as creating change that can impact the industry as a whole. Bell & Evans has been a pioneer in natural and organic chicken and has focused on humane handling and antibiotic-free chicken years before those movements made it to the mainstream consumer. 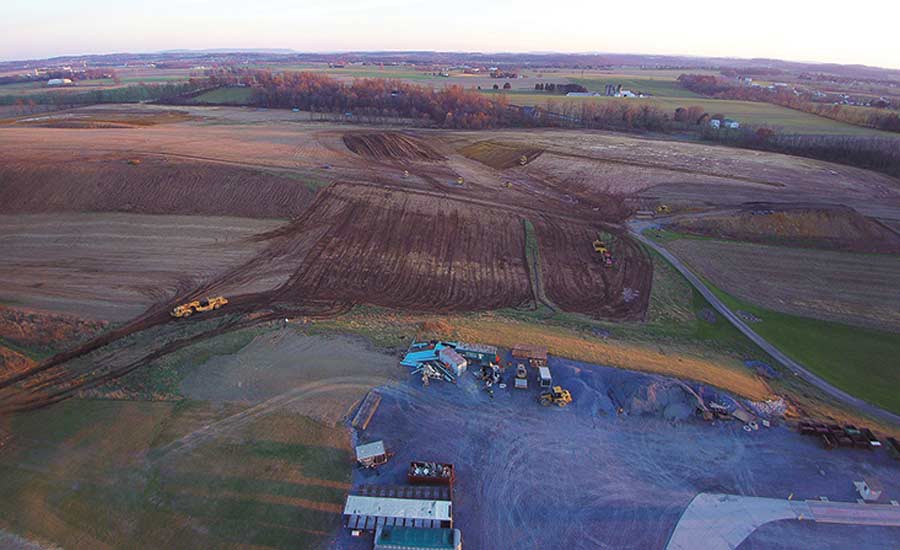 Bell & Evans held true to the organic chicken market years before the mainstream consumer market was as accepting for premium chicken as it is now. It is capitalizing on its success by constructing a new processing plant in Pennsylvania.

While the organic market is a growing one today, Bell & Evans was blazing that particular trail when the audience for it wasn’t nearly as large. Scott Sechler, owner of the Fredericksburg, Pa. company, says that most of the big players in the chicken industry at one time would have considered him a player in the hobby business. That opinion has changed, as Bell & Evans has seen strong sales growth, is constructing a new processing facility and is converting its entire flock to a new slower-growth breed of chicken.

Look past the obvious

Everyone knows what a pizza is supposed to look like. When it comes to innovation in the pizza category, the changes have usually come from the toppings. One company is challenging the concept of a pizza by making a major change to the pizza’s bottom.

The Real Good Food Co. recently released a line of frozen pizzas that use antibiotic-free parmesan chicken as a crust instead of the traditional dough crust. The product, unique to the pizza market, makes the pizza gluten-free and cuts the carbs to 4g per serving while increasing the protein to 25g per serving.

“Consumers know sugar and carbohydrates are bad for them. They also know protein is good. We call this clean eating,” explains Bryan Freeman, CEO of the company. “We are also aware of the growing diabetic epidemic and our items give those fighting this disease a delicious solution.”

Freeman acknowledges that releasing such a novel product to retail first would have been incredibly difficult. Instead, the company hyped the product on its social media channels while releasing it direct to consumers first. Then it went to specialty food stores and then mainstream retail. It’s now available in 5,000 stores nationwide.

“We waited to launch into retail until we had built a large and active following. With this large community, we are able to let people know where our items are available and they respond,” Freeman says, adding that the Store Locator page on RGF’s website gets more than 10,000 clicks per day.

An industry-wide resolution for 2018