Need a resolution? Stand up for agriculture

Farming has never been easy, but the hard work, perseverance and unwavering grit of farmers and ranchers is what sets agriculture apart from other industries. Our industry has no shortage of challenges, yet the rise of social media, public interest in food production and animal rights activism are bringing even more to the table. This year, make your New Year’s resolution count and help our industry succeed into the future.

While social media and consumer curiosity offer food industry stakeholders an opportunity to share how food gets from the farm to the plate, animal rights groups take advantage of the farm-to-fork disconnect to spread misinformation on Facebook, Twitter and other social media sites.

Some animal rights activist groups like to blur the line between animal rights and animal welfare while others embrace their radical views of animal rights, which is by design. One group makes unrealistic demands and the other swoops in and invites the farm or company to partner with them to get the other group off their back. Their strategies and tactics are different, but the goal is the same: to raise the cost of food, put farmers out of business and take meat, milk, poultry and eggs off our plates. The Humane Society of the United States (HSUS) and Direct Action Everywhere (DXE) are two groups that showcase this relationship perfectly.

DXE is a grassroots network of animal rights activists with the mission of total animal liberation. The group seems to be following in the footsteps of Animal Liberation Front, a group that was once very active in the United States and known for domestic terrorism. DXE is known for what they describe as “open rescues,” which involve breaking onto farms, streaming their protests on Facebook Live and stealing animals.

Their leader is facing felony charges and has made it clear DXE activists are not afraid to break the law in the name of animal liberation. The group trespassed onto an egg farm during the avian influenza outbreak two years ago, forcing the farm to destroy their barn and euthanize every bird inside. That farm lost not only those birds, but all the eggs they would have produced over their lifespan. 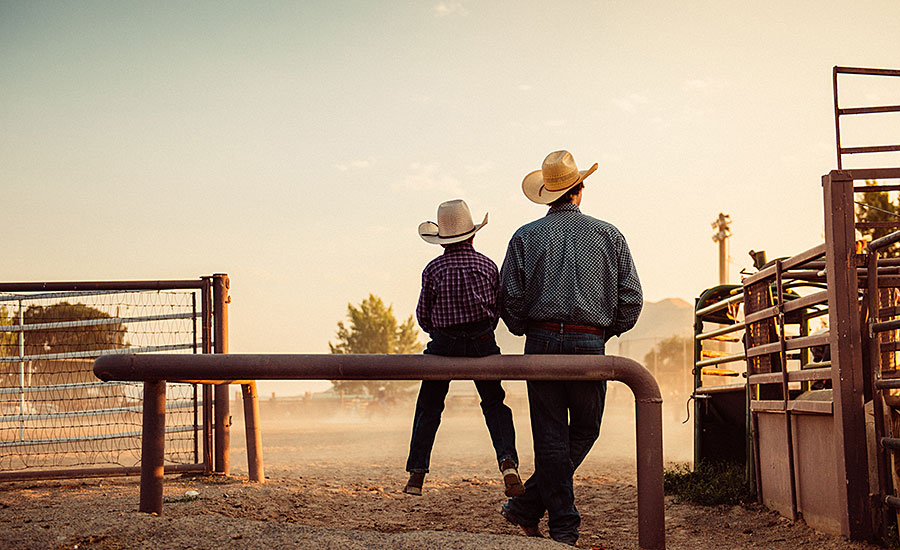 HSUS takes a different approach, but has also caused heartburn for farmers and ranchers. It initiated, aggressively promoted and helped pass California Proposition 12, which requires all eggs produced and sold in the state to come from cage-free barns. The group was also behind California Proposition 2 in 2008, which mandated a minimum space requirement for egg-laying hens, veal calves and gestating sows. HSUS was also responsible for similar legislation in Massachusetts in 2016. At face value, the legislation seems harmless and even beneficial to anyone not familiar with agriculture. To egg farmers, it could mean the end of their livelihoods.

In addition to lobbying for legislation that negatively affects farmers while not necessarily improving animal welfare, HSUS takes a behind-the-scenes role in making menu changes at restaurants and foodservice providers. With a meatless-transition team of about 15 staff members, HSUS promotes Vegan meals, often by spreading misinformation about animal welfare, nutrition and environmental sustainability.

Despite the serious risks introduced by animal rights groups, they are not the only barrier to successful farming. While animal rights activism deserves our attention and preparation, the lack of communication is often the crisis in disguise. To earn consumer confidence, two-way communication is key. The interest in our industry is there, but we have to step up to the plate and be a part of the conversation. We need to not only share information about animal welfare, nutrition and environmental sustainability, but also listen and respond to the concerns of the public to make sure we are giving them useful information that meets both our needs.

If there were effective communication between the public and our industry, perhaps the misinformation wouldn’t spread as far. If there were more relationships between agriculture groups and the media, perhaps our story would get told more often. If farmers and ranchers made themselves trusted sources on farm animal welfare in their communities, perhaps local Vegan ordinances wouldn’t be as common. Perhaps if there were more advocates for animal agriculture, I wouldn’t be writing this article.

There are organizations working to help bridge the communication gap between farm and fork, like the Animal Agriculture Alliance, but there are more working against animal agriculture, so every voice is needed. The public must have confidence in our industry because only then can we help them have a deeper understanding about what we do. Earning their confidence and trust will not happen overnight. It is a never-ending process requiring hard work, perseverance and unwavering grit. Fortunately, these attributes are what define our industry.

Farmers have overcome blizzards, tornadoes and hurricanes by standing together. It’s time to stand together once again, this time for the future of animal agriculture. With an industry as diverse as the people it feeds, it can be difficult to speak with a united voice, but “an industry that feeds is an industry worth fighting for.” If we don’t embrace the need for communication with our customers, consumers and other food industry stakeholders, we might not have an industry to fight for in the future.

This New Year, pledge to stand up for your livelihood and the future of animal agriculture. If you are a farmer, rancher, packer, processor or veterinarian, become a voice for animal agriculture. If you love meat, milk, poultry and eggs, become a voice for animal agriculture. Make it a habit to be an advocate for our industry. Post once a week on social media about food production. Speak up and share your perspective at local town meetings. Invite your neighbors over for a farm tour. Write a column for your local newspaper. Thank the public when they do stand up for our industry. It can take up to two months to form a habit, but this one is worth it. Make your New Year’s resolution count for agriculture. NP

Why meat and poultry processors need to build relationships with restaurants, retailers

Don't take a vacation from plant security this summer

EAT-Lancet demonstrates need to tell ag's side of story

EAT-Lancet demonstrates need to tell ag's side of story

Why meat and poultry processors need to build relationships with restaurants, retailers