Every year in agriculture is unique, and it is influenced by global events. This year the war in Ukraine creates a number of narratives that affect our crop report. Farm input costs have increased dramatically because of the limited availability of certain raw materials that are orphaned in Ukraine and in Russia. The cost of select inputs has dramatically increased, and the value of the finished products like corn, soybeans, and wheat driven by cost/demand will increase as well.

Multiple raw materials have been provided to global markets by both the Russians and Ukraine. These materials' availability will be greatly curtailed or redirected for the next 12 to 18 months, causing ripples to the supply of a number of inputs and products.

Ukraine and Russia have become an important source of global supplies of major agricultural commodities in the past 25 years, according to Ohio State University Department of Agricultural, Environmental and Development Economics research published Feb. 28, 2022. These countries, often collectively referred to along with various other Eastern European and Central Asian nations as the Black Sea region, play an important role in the production and export of major grains (corn, wheat, and barley) and oilseeds (especially sunflower and sunflower oil).  In addition to the direct toll it will take on the people of the region, the Russian invasion of Ukraine in February introduces many economic concerns, including the impact of the conflict on global agricultural markets.

Ukraine is known as one of the world's breadbaskets because of its agricultural production. It accounted for 10% of global wheat exports in 2021, according to the United Nations, while Russia produced about 17% of all wheat exports globally. Russia and Ukraine account for 14% of global wheat production.  China and India are major wheat producers but are net importers.   Other countries with fairly large wheat export shares include Australia (8.4%), Argentina (6.6%), Kazakhstan (4.1%), and Turkey (3.4%).

Ukraine and Russia are the leading producers and exporters of sunflower oil, which comprises a 9% production share and nearly a 2% export share for the world vegetable oil market. Nearly 60% of world sunflower oil production occurs in Ukraine and Russia, and the two countries account for more than 75% of world exports. An unknown percentage of crops typically grown in Ukraine will not get planted in the planting cycle, or supplies will be disrupted. The crops that are harvested in this region will be difficult to get to a friendly port.

The 2022 U.S. planting schedule was delayed by approximately 10 days, as Minnesota and North Dakota were affected most by extended winter.  The spring growing season was hot and dry in the lower Midwest. As usual, there are pockets of drought, but nothing that will have a significant impact on either the corn or soybean supply. U.S. yield is always heavily dependent on rain in July and August, so we'll hope for the best. Indications are that some farmers are using less fertilizer because of the price, causing their yield to decline. Typically, U.S. yield goes up almost every year because of the new hybrids, upwards of 95% of all our crops are from GMO seeds creating higher average yields each year.

The U.S. remains the dominant global producer (32%) and exporter (33%) of corn. Brazil (18.3%) and Argentina (20%) rank second and third in corn exports. Ukraine now ranks fourth, contributing more than 15% of world corn exports. Russia ranks sixth, with a 2.3% share of corn exports. Notably, Ukraine has been the dominant supplier of corn to China.  A shift toward import of more U.S. corn to China began in 2020 after a poor Ukrainian crop. 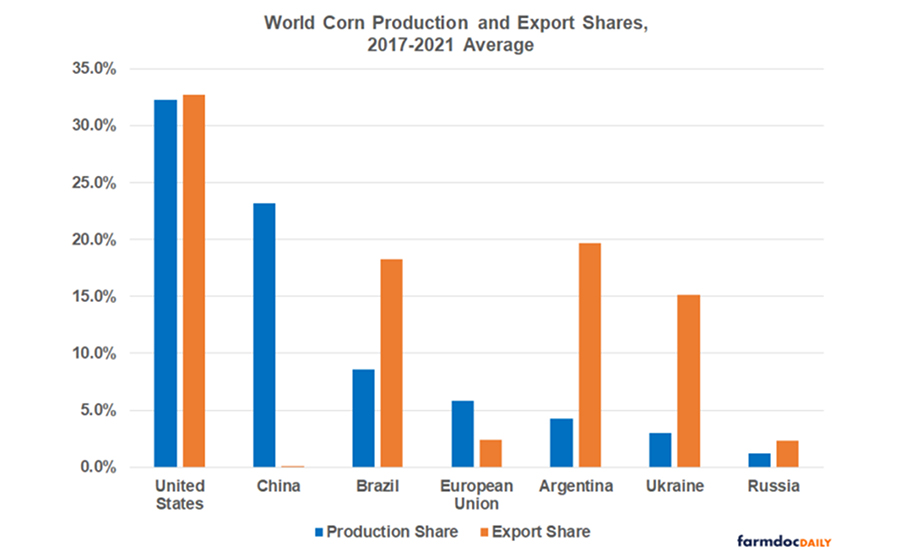 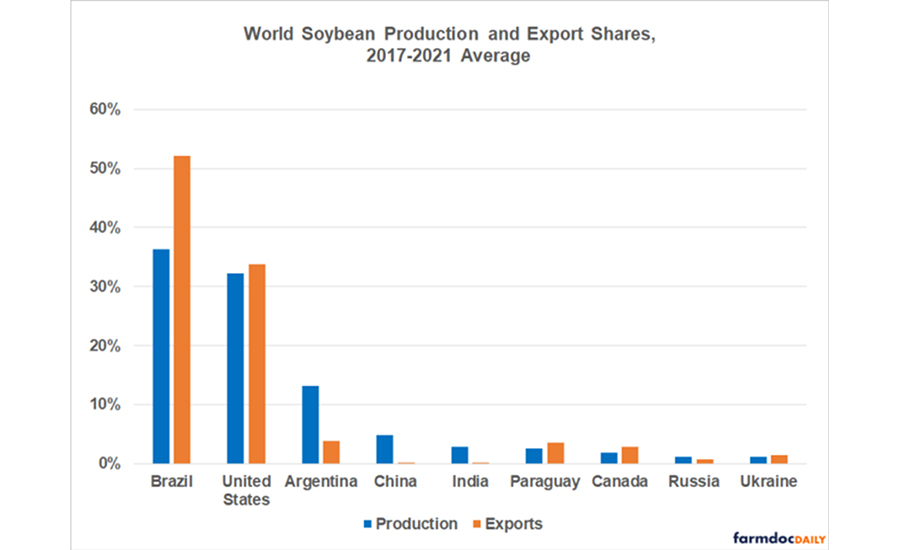 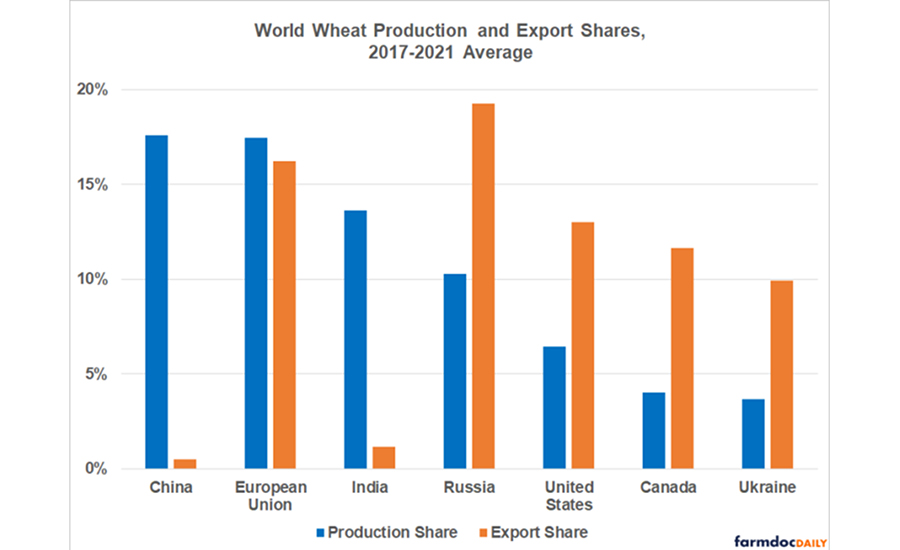 Potash is a key ingredient in fertilizer. 2021 potash use for fertilizers was estimated at 45 million tons. Russia/Belarus mines produce 17.11 million metric tons, 38 % of the world’s potash supply. This disruption could result in a significant reduction in fertilizer use globally, resulting in a reduction in yield. The long-term result may be famine and starvation in certain parts of the world.

Feed ingredient prices and transportation costs will remain highly volatile as the global situation continues to evolve. Because of superior farming technology and productivity of its farmers, the U.S. is projected to have a reasonably good harvest this year. Yield may be affected by drought and the reduction in the use of fertilizer by farmers looking to contain costs. Global politics will continue to influence cost structure and the ability to deliver products cost-effectively to customers. By limiting the supply of animals produced, farmers should be able to make a profit in spite of all the external influences.  Consumers in other parts of the world will be food insecure.

Dan Emery has 25 years experience in the food industry, including 15 as vice president of marketing at Pilgrim's Pride. He is directing Meaningful Solutions, a company founded to assist clients in solving problems.
You must login or register in order to post a comment.