Convenient meal solutions are popular for every meal of the day, plus snacks. 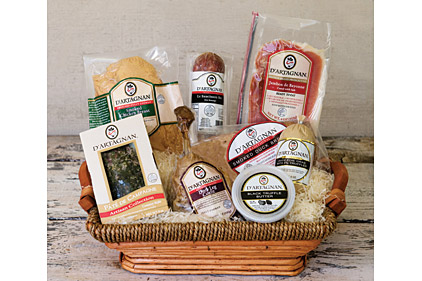 Growth of prepared foods in delis has kicked into overdrive during the past few years. Prepared foods are leading deli growth, and up 8 percent in dollar sales and 6 percent in volume for the 52 weeks ending Jan. 25 in traditional grocery, supercenters and mass merchandise channels, according to the Nielsen Perishables Group, Chicago.

In addition, prepared foods account for more than half of those channels deli sales, says Sarah Schmansky, director of account services at Nielsen Perishables.

“It definitely is an important category within the deli space, and one that is absolutely impacting not only the total deli department, but the grocer’s fresh [department] as well,” she says.

Every category within deli prepared foods is up in both dollars and volume, Schmansky says. Even categories such as deli prepared chicken, which has been around for years, is roughly a $3.5 billion product and is up double digits for the 52 weeks ending Jan. 25.

“People aren’t sitting down and eating three large meals; they are eating five or six throughout the day,” Schmansky says.

“Consumers are focused on health and wellness,” she says. “They are looking for benefits that the fresh department can provide. Deli snacks, you might think that’s not where consumers are going to look for healthy options, but retailers and suppliers are leveraging the health and wellness factors, and they are starting to put that claim on deli snacks.”

Prepared foods of all varieties continue to grow because consumers have less time to cook at home, and prepared foods are convenient.

“Retailers are looking to offer foodservice quality, foodservice products, and quick and easy meal solutions that will fit a wide variety of consumers’ needs and not only for dinner,” Schmansky says. “Retailers are also starting to think about other parts of the day like breakfast and lunch.”

Breakfast, particularly, is one area in deli prepared that is growing, with retailers offering more breakfast sandwiches and quiches.

Retailers also are trying to connect with consumers in ways such as new products, bold flavors and assembling qualities.

“Consumers are looking for not only a quick and easy meal solution, but they want to have some effort within their cooking for their family,” Schmansky explains. “Whether it’s an ingredient or meal accompaniment that’s something they can put on the plate and feel comfortable feeding their family, deli prepared helps satisfy that need.”

In regard specifically to meat and poultry products, Ariane Daguin, owner and founder of D’Artagnan, Newark, N.J., believes that progress with processing and packaging technology makes the processor able to create better prepared foods. In addition, technology is heightening security and providing longer shelf lives that are helping to push the category forward.

D’Artagnan, a gourmet purveyor of products including foie gras and pâté, stays in tune with consumers’ prepared food needs through the chefs with which it works.

“One of the main reasons why D’Artagnan was able to grow in the last 29 years is because we turned on chefs to certain ingredients, and they, in turn, acted as our ambassadors when they served it in their restaurants,” Daguin says. “For us, it was the only way, because the products that we have are pretty exotic, so they need education.”

One growing prepared food trend for D’Artagnan is dried cured products, in particular, charcuterie, a French style of smoked, cured and cooked meats.

Flavor also continues to be key to prepared foods success. For example, D’Artagnan released Duck Rillettes, duck leg cooked on the bone, which is then shredded off the bone and put into a mold. Rillettes is more expensive because it requires more labor to make, but because it cooks on the bone, the duck has better flavor, Daguin says.

“In all the markets we have launched rillettes, it has had exceptional reception and volume even though it’s more expensive than the regular pâté,” she explains. “That’s why I really think that it’s less and less about trend and more about food flavor. People are really starting to understand the value of flavor.”

Rillettes is one of D’Artagnan’s new products as well as introducing a Torchon of Foie Gras recently. The company also now offers several dried cured hams, including Ibérico and 12- and 18-month-old Serrano hams. In addition, D’Artagnan now offers Mangalica ham made from a high-fat content pig.

Daguin believes prepared foods sales will continue to increase as more people live in cities with smaller kitchens and people have less time to cook.

“Cooking is becoming more of a weekend hobby, which is still great and it’s still more than it used to be before,” Daguin says. “But during the week, with the advancement of technology, you can get things that are wholesome, flavorful, preservative-free and good for you without having to lift a finger. Convenience is now being combined with the actual attributes of good food that is not quite the same as if you would have cooked it yourself at home, but we are getting closer and closer.”

Nielsen Perishables’ Schmansky also believes retailers are stepping up their game to offer meal solutions with perceived quality to compete directly with restaurants.

“Deli prepared is evolving to meet the needs that foodservice provides,” she says. “Definitely that’s a trend that is key for deli prepared to continue.”