This website requires certain cookies to work and uses other cookies to help you have the best experience. By visiting this website, certain cookies have already been set, which you may delete and block. By closing this message or continuing to use our site, you agree to the use of cookies. Visit our updated privacy and cookie policy to learn more.
Home » 2019 Meat and Poultry Industry Economic Outlook: A mixed bag
Special Reports
Special Report | Economic Outlook

Despite extra beef and pork supplies, the U.S. protein industry is holding strong due to a strong economy.

It’s a testament to the resilient economy and steady consumer demand that the U.S. protein industries have held steady during trade uncertainties, new tariffs and extra production. Barring an unexpected crisis, 2019 portends more of the same resilience.

In September, the Livestock Marketing Information Center (LMIC) reported U.S. beef production is expected to increase 3.3 percent, landing at 27.1 billion pounds. Yet, fed cattle prices are down 3 percent to 3.5 percent from last year, while calf and yearling prices will be a little above the previous two years, said LMIC.

Pork producers have also increased their breeding herd by 3.5 percent, the U.S. Department of Agriculture (USDA) reported this fall. This increase should continue through the first half of 2019, as pork supplies are up by 4 percent.

The more than 3 percent increase in red meat production, however, especially for pork, has proven to be tough competition for poultry, Super says.

“While U.S. beef exports have rallied in 2018, trade disruptions have forced relatively more pork to remain on the domestic market,” Super says. “An ongoing overabundance of red meat in 2018 and the likelihood of even more abundance in 2019 have encouraged retail meat managers to feature a variety of beef and pork products.”

This year, President Donald Trump enacted new tariffs on foreign steel, aluminum and other consumer products made abroad, causing major trade partners such as Canada, China, the European Union and Turkey to retaliate with their own tariffs. U.S. pork suppliers, for example, had to pay an additional 20 percent tariff to Mexico.

“The trade war has damaged U.S. pork and pork variety meat values,” says Steve Meyer, Ph.D., an economist at Kerns and Associates, based in Stillwater, Okla. “Exports to China have been soft in 2018, but there was no guarantee that those were going to be strong even before the tariff tit-for-tat.” 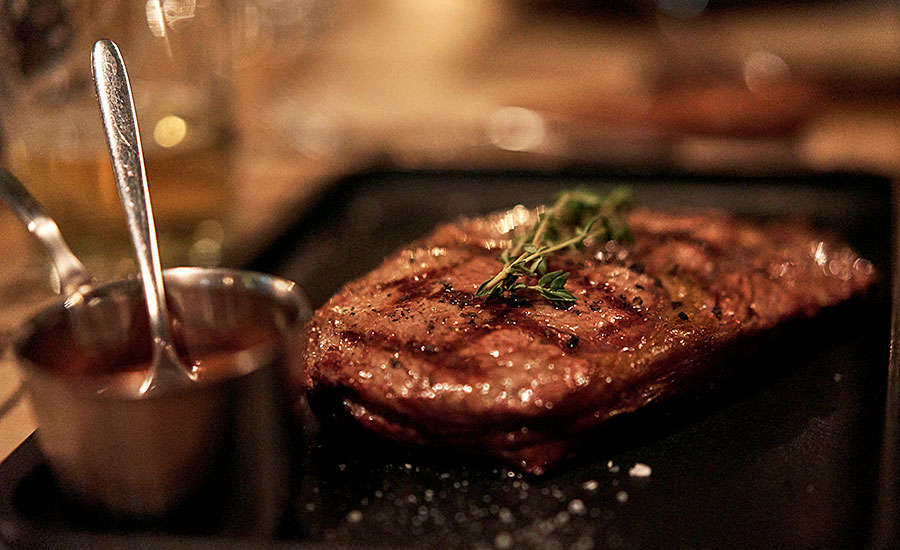 Given the amount of product in the market, beef came through rather well due to a strong economy and steady exports.

According to USDA estimates in July, the cattle and calf inventory was at 103.2 million head, an increase of 1 percent from last year.

Since 2014, the beef cattle industry has focused on aggressive herd expansion but is now transitioning to modest growth, LMIC notes. Next year, smaller herd growth rates should put beef output at roughly 27.5 billion pounds, up 1 percent to 2 percent. Preliminary cow and heifer slaughter forecasts are predicting a 2 percent increase in 2020, as well, leading to two years of modest year over year (YOY) gains, LMIC reports.

The result? A mixed bag. “Beef packers came through in 2018 with the most margins and strongest returns, while cattle feeding returns are about average but weaker than 2017,” says James Robb, director and senior agricultural economist at LMIC, based in Lakewood, Colo., “Cow/calf producers had a slightly weaker year than 2017, as well.”

Domestic and foreign demand were strong. “Given the amount of protein supplies in the market, it’s even more important that beef did well, most likely due to product quality, the economy, promotions at stores and restaurants, consumer interest and upscaled meat purchases,” Robb says.

In 2019, fed cattle prices could be low in the first quarter then return to typical prices — especially if Midwest corn crops stay steady, LMIC reports.

“If our steel and aluminum tariffs could be eliminated, that would do a lot of good for red meat and, somewhat, chicken to get us back into Mexico,” Robb says. “International uncertainties are a concern for 2019, as they spill back into the U.S. economy.” 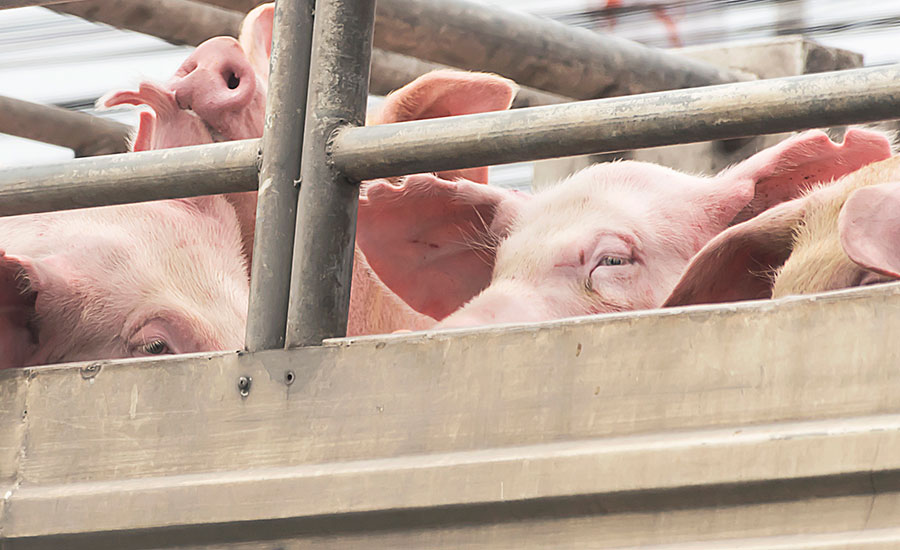 With the growth in pork output this year, the pork industry actually expected more months of losses than were seen, Meyer says.

“Our cost model show costs for the best 15 to 20 percent of producers between $63 and $64/cwt (hundredweight) carcass weight,” Meyer says. “Average producers will have costs $4 to $6/cwt higher than that. That translates to 2018 ending up near breakeven at the producer level, which is better than I expected back in January.”

Pork sales are down from 2017, but still profitable, says Christine McCracken, senior animal protein analyst with Rabobank’s New York’s RaboResearch team. “The first half of the year was positive due to production, low feed prices which gave relief, a strong economy and good overall demand,” she says.

Porcine Reproductive and Respiratory Syndrome (PRRS) and trade, however, were the largest challenges of 2018.

“From June 2017 through July 2018, PRRS outbreaks were more numerous than in any similar period since 2011 to 2012,” says Meyer. “And many of those breaks were, based on anecdotal evidence, more serious than in recent years. The lack of pig supplies relative to expected levels since September 1 is likely due to PRRS challenges last winter and spring.”

These reduced supplies are a major reason for the cash hog rally.

“Domestic demand has remained within 1 percent of one year ago even with larger supplies of competing meats,” Meyer says.

Growing exports (up 6.3 percent through August) in the face of a trade war is pretty remarkable, as well, Meyer says.

“South Korean exports (up some 49 percent on a value basis year to date [YTD] YOY) have been a very pleasant surprise this year and have been the major factor in the year’s U.S. pork exports turning out as well as they have given the challenges in Mexico and China,” says Craig Morris, Ph.D., vice president of international marketing for the National Pork Board, in Des Moines, Iowa.

Colombia, Australia and Vietnam are other markets that have kept up huge numbers from the year prior, being up 41 percent, 9 percent and a staggering 367 percent on a dollar basis, respectively, so far this year YTD and YOY in the most recent August numbers, Morris says.

“The progress on USMCA (United States-Mexico-Canada Agreement) is encouraging, but it needs to be finalized and signed to get the tariffs on steel, aluminum and pork removed,” Meyer says.

Pork exports will not reach their full potential in 2019 unless Mexico removes its tariffs on U.S. pork. “It’s impossible to overstate the importance of the Mexican market to U.S. pork as it now represents virtually twice the volume of our second-largest volume market, Japan, and our value to Mexico has been down a full 6 percent this year YTD YOY with the most recent August numbers,” Morris says.

African swine fever (ASF), which has 100 percent mortality in pigs, poses threats to several other countries, but those threats could turn into opportunities for U.S. producers and packers.

“China’s situation appears to be far from controlled and that country may need massive imports just to feed its people,” Meyer says. “ASF continues to spread in Eastern Europe and in wild boars in other parts of Europe.”

It is imperative that the U.S. avoid the disease, says Meyer. “Introduction of ASF in the U.S. would immediately close our exports until the disease can be regionalized, meaning we would have to sell 23 percent more of U.S. production domestically,” he says.

In 2019 and 2020, a return to focusing on meat quality would be a nice change of pace. “For a long time, the industry has paid more attention to decreasing costs and production gains, but some of that focus needs to be on how to compete with beef and poultry in a crowded space,” McCracken says.

Although chicken exports have not been heavily affected by trade disputes, they have not escaped unscathed. “Brazil and certain other global poultry exporters have been tough competitors, especially against a strong U.S. dollar,” Super says.

Despite a continued modest pace of production in 2018, chicken prices were pressured throughout 2018, especially during the fourth quarter of the year. “A build-up in frozen inventory added to the challenge of adjusting supply with ongoing demand,” Super says.

Going into 2018, the U.S. chicken industry continued to benefit from the longest consecutive years of profitability in its history.

“Companies have used this opportunity to invest in upgrades to support improvements in live production, process systems and equipment, and marketing,” says Super. “They have also determined that this time is a signal that consumers will desire more chicken in the future.”

By mid-2020 or soon after, seven new chicken complexes will be operating with most of these operations at near capacity if growers and in-plant workers can be found, he says.

“However, labor and transportation costs have risen in 2018 and are most likely to continue upward in 2019,” Super says.

Passing on those costs in a market experiencing an overabundance of meat will be a challenge.

“The good news is that chicken consumption in 2018 at 95 pounds per person on average continues a multi-year track record,” Super says. 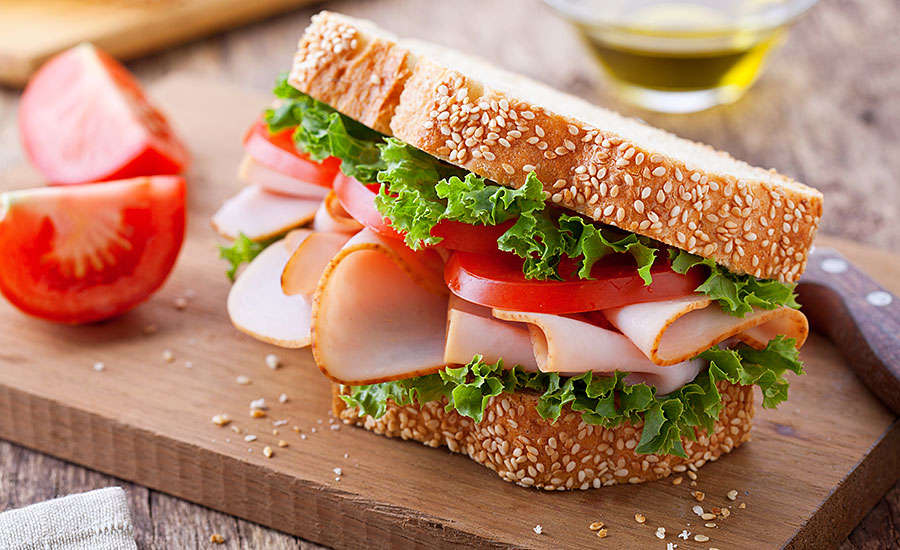 The turkey industry continues to look for new opportunities — exports, seasonal purchases, barbecue and new institutions — as it faces a competitive market. The USDA’s fall forecast noted a decrease in turkey production in June, slow recovery in demand and lower first-quarter production.

“I would say that the market is not substantially different from 2017,” says Joel Brandenberger, president of the National Turkey Federation, in Washington, D.C. “No matter what protein is being produced it’s a really competitive environment, and everyone is looking for a way to capture a segment of the market we don’t have.”

The USDA is forecasting 5.9 billion turkeys in 2019, he says. For now, the number of birds is a bit below 2017 figures while their weight is up a little. Turkey prices were lowered as the market continues to balance supplies with weaker-than-expected demand.

“Our prices are soft and below last year’s, which overall the industry would like to see strengthen,” says Brandenberger. “We won’t see prices firm up until the market sends a signal that demand is increasing. Production patterns won’t change much as a whole.”

Exports remain a challenge after 2015’s avian influenza outbreak, which imposed trading restrictions. “Overall, trade tensions have increased, and we don’t expect markets will be opening around the corner,” he says. “But the recent USMCA talks have been encouraging.”

The USMCA would allow turkey to increase exports to Canada, for example, by as much as 15 percent to 25 percent, Brandenberger says.

“I think the biggest positive is the industry seems on a whole very determined to find the right market equilibrium,” says Brandenberger. “Our steady pace forward after 2015’s big shock is very encouraging.”  NP

Case-ready packaging tells a story to consumers, and about itself.

2015 Economic Outlook: On the rebound