How to react to USDA enforcement actions

What is an enforcement action? It is any action that results in an establishment being restricted from production. It includes tagging a product, piece of equipment, room, area or even an entire building. It also includes withholding the marks of inspection and/or withdrawing the assignment of inspection personnel.

The documentation related to an enforcement action correlates to the severity or likelihood there will be a negative impact on public health.

For example, if there is a combo in the cooler missing a label, there may only be a retain tag and a discussion documented in a Memorandum of Interview (MOI) when the company proves what the product is and shows where the label fell off.

If it is more severe, you will receive a non-compliance record, or NR. There is a misconception that NRs are reports. They aren’t. Instead, they are records of the establishment failing to meet a regulatory requirement.

A notice of suspension (NOS) is issued when either you fail to respond or fail to implement corrective actions after receiving a NOIE or when there is an immediate negative public impact. In the case of humane handling, a NOIE is issued when an egregious humane handling act violation has taken place. In order to get the NOS lifted, you must either file and accept corrective actions or file an immediate appeal. Your other option is to request an emergency hearing.

The key with a NOS or NOIE is that the U.S. Department of Agriculture’s Food Safety and Inspection Service (FSIS) is saying it could go to court and win the case that the establishment is producing adulterated product or holding product in unsanitary conditions as such it may become adulterated. The word “may” has a broad interpretation. To the agency, it means even the remotest possibility; however, this is seldom challenged in court. When it has been challenged, the courts have ruled using a much broader definition.

The agency typically pursues one of two avenues to initiate a NOIE or NOS. The first is the in-plant team builds a case using correspondence with the establishment (memorandums of interview) and non-compliance records.

Most people, and the FSIS for that matter, only think of NOIEs and NOS’s as enforcement actions. So why did we talk about MOIs and NRs? In many cases, the MOIs and or NRs are used to support the NOIE/NOS. Remember, ultimately the FSIS is saying that it could present its case to a judge and jury and win. If you have multiple MOIs that say you are doing something wrong and you never respond to the MOIs you are helping the agency win its case. The same is true of NRs.

So, what can you do?

First, anything incorrect in a MOI should be clarified with a written response. In one case, the establishment owner told the in-plant inspector (IPP) during a weekly meeting that the lethality records were viewable on a certain computer. For the next 10 or so meetings, the IPP put in the MOI that the records were not being made available (she had insisted they be printed). The owner refused to repeat himself. An NR was finally issued that triggered a food safety assessment (FSA). The FSA didn’t result in an enforcement action, so the headache and lost time and resources wasn’t worth it. Taking the time to respond via email and looping in the FLS would have created the documentation necessary to create the evidence necessary to stop the action. Remember, when it comes to he said/she said, the establishment always initially loses. We recommend always correcting misleading or incorrect information in MOIs — especially if the IPP is being belligerent or otherwise using passive-aggressive techniques against the establishment. 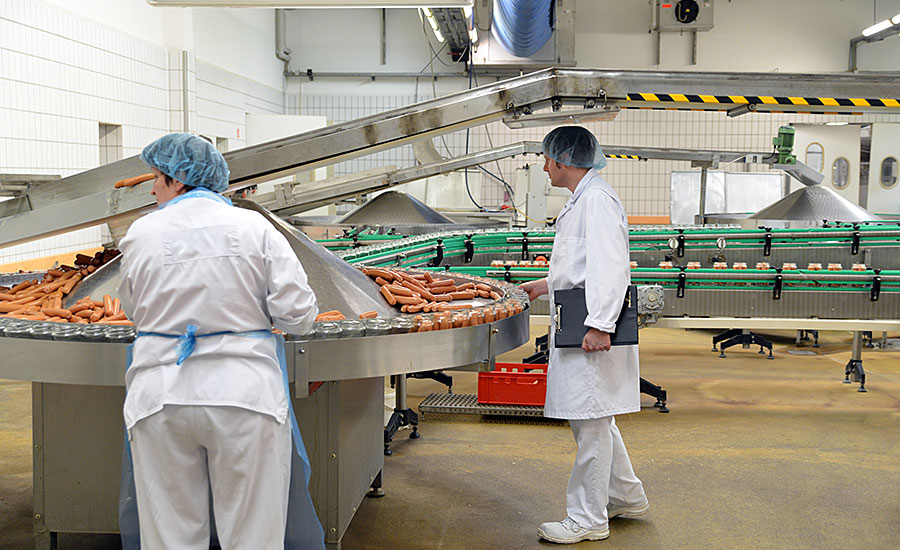 For NRs, if anything is incorrect in any way we strongly recommend you appeal. An example is an NR for a HACCP deviation when there wasn’t one, or incorrect or excessive regulatory references that are not applicable. Another reason to appeal is if the narrative is confusing or misleading. If you can’t understand what the inspector is saying, appeal the NR. It may be reissued, however, if you allow ambiguity in the narrative. For example, I recently saw an NR for a pre-operational inspection failure that stated gross contamination on a piece of equipment. After the appeal there was what appeared to be a protein smear on a nonfood contact part of a wash sink. In order to find it, the inspector crawled under the sink and was looking up with a flashlight. Had the actual description been correct, the NR wouldn’t have had nearly the significance as the original description. The NR ended up being rescinded; the smear was part of the fiberglass coating.

When appealing an NR, the appeal must be clear yet detailed. In some cases, it is as simple as providing correct information. In other cases, it may be that you received an NR for failing to monitor when you did monitor but failed to perform the record-keeping component. Having not done something is worse than having done it and forgetting to document it.

With our larger clients, we tend to see IPP try to build cases that the facility isn’t sanitary. Too often the NR is written in such a way to make it sound like the sky is falling. I have seen multiple NRs written for inadequate ventilation. Upon investigation, the NRs are being written in non-production areas because of condensation that is being controlled by wiping or drip pans. Yes, there is condensation, but it is not likely to cause an insanitary condition. Another example we typically see in our smaller clients is frost on a freezer door in customer pickup areas. If the product is fully packaged, minor frost building up during operations may not be avoidable, yet we see NRs for it on a regular basis.  e have even seen NRs for condensation in smokehouses after the product is showered in the house. When I asked the inspector what the insanitary condition was, he told me we weren’t providing adequate ventilation in the smokehouse. That was an easy appeal, but we ended up at the district before it was granted.

In some cases, the establishment doesn’t appeal NRs because they receive very few and know that inspectors must write some, or they will be identified as a “perfect” plant. And as everyone will say, there is no perfect plant. So yes, it is a balance, however I go back to, if the NR is wrong, appeal it.

Can you appeal a NOIE you get during an FSA? Yes! Typically, the NOIE will have a list of items that the EIAO (auditor) identified. Many times, the auditor will throw the kitchen sink at you. Appeal those items that aren’t non-compliances and it often results in an unsupportable enforcement action. Remember, when an NOIE is issued, they are willing to stand in front of a judge and jury to present their case. If a “common person” would side with you, appeal. The hardest part of appealing an NOIE is the time limit. You typically only have three days to gather all your evidence, document it and present it as a counter case. If it does wind up before a judge, you need to be confident you can win. If the appeal is denied you have the right to continue your appeal, but that can be tricky. You also must respond to each of the “findings” and get the NOIE placed in abeyance. If you feel your case is strong enough, you can request that the appeal authority issue a “stay of enforcement.” This is asking the appeal authority to stop the enforcement action until they have reviewed your full appeal. You must provide a very strong narrative and enough immediate evidence to support that the appeal will be granted. 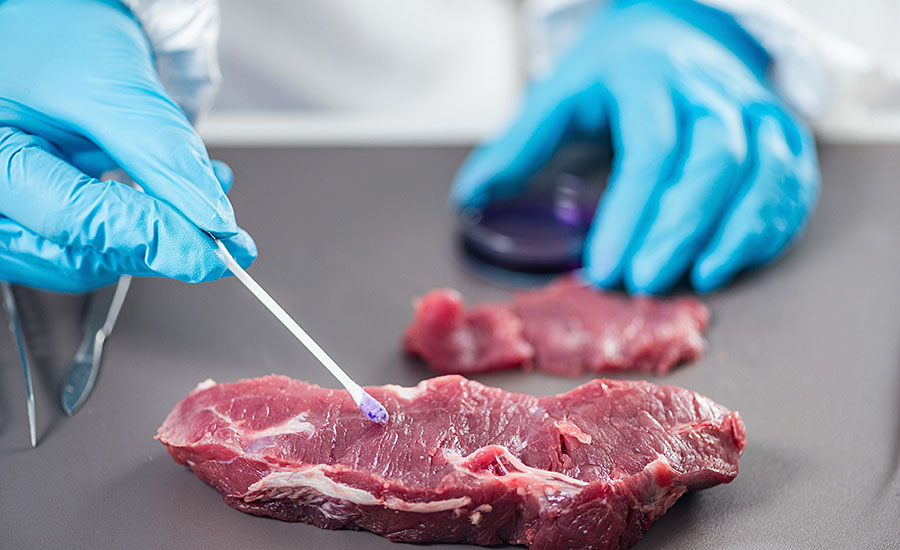 Appealing an NOS is even harder, because every minute it takes you to put your evidence together for the appeal is time you are not operating. What I typically recommend is that you answer the findings so you can run and then appeal so it is struck from the record. When doing this, I also write to the suspending authority and tell them I intend to appeal, but I’m going to do what they want so I can run. You can attempt to recoup your losses via a tort claim, but that that can take an inordinate amount of time and effort.

In a normal world, an establishment wouldn’t be on the receiving end of an unjustified enforcement action. But we are not in a normal world. Inspectors, establishment employees and everyone in our industry is worried, stressed and in many cases scared of what is happing with COVID-19. Turnover in inspection personnel is increasing as the old guard retires. We are seeing more and more inexperienced inspectors and supervisors. In most cases, keeping the lines of communication open results in heading off unwarranted actions.

Regardless of what you are appealing, you must have good records, a clear and concise counter document, be able to attach solid supporting documents and be prepared to appeal to multiple levels.

The final concern I hear from clients is that if they appeal anything they will face retaliation. My thought is that if you are already working in an environment in which you are worried that your inspector will retaliate, now is the time to put a stop to it. Waiting until later will only compound your problem. Even if the inspector transfers away, as an industry we will have to deal with it. Bad press about the industry hurts us all, especially when it is avoidable and unwarranted.  NP