In 2018, there were 109 humane handling enforcement actions posted to the U.S. Department of Agriculture’s Food Safety and Inspection Services (FSIS) Web site.

Following an alleged violation of 9 CFR 313 there are two primary enforcement actions that may be taken by the USDA’s Food Safety and Inspection Service (FSIS): notice of suspension (suspension) or notice of intended enforcement (NOIE). Suspension discontinues inspection services until the humane handling issue is addressed appropriately. Inspection may resume following a response that has been reviewed and approved by the corresponding FSIS district office. A NOIE is a warning that provides notification to an establishment that there is a basis for FSIS to suspend inspection; however, a NOIE provides the opportunity for an establishment to take immediate corrective action and future preventative actions without suspending inspection. If appropriate action is not taken within three business days, then a NOIE can develop into a suspension. In 2018, suspensions accounted for 57.8 percent (63 of 109) enforcement actions and NOIEs accounted for 22.9 percent (25 of 109) enforcement actions. Additionally, 19.3 percent (21 of 109) of enforcement actions were classified as a reinstatement of suspension.

Follow-up actions for enforcement actions also include two primary options: abeyance or deferral. Abeyances may be stated in one of three ways — suspension held in abeyance, NOIE held in abeyance or reinstatement of suspension held in abeyance — and ultimately means the enforcement action has been lifted, the establishment may operate under agreed-upon conditions and that inspection may resume. Deferrals can be a follow-up action to a NOIE, and a letter of deferral is issued from the district office when an establishment has proposed adequate corrective and preventative actions. Of the 109 enforcement actions in 2018, 75.2 percent (82 of 109) resulted in abeyance, 21.1 percent (23 of 109) resulted in deferral and 3.7 percent (4 of 109) did not report a follow-up action. It is important to note that after a follow-up action has been issued, FSIS may reinstate suspension if an establishment does not adequately address the humane handling concerns.

There were 19 handling-related enforcement actions in 2018 and these involved a variety of species, including swine, cattle, sheep and goats. Handling-related enforcement actions included improper handling and the improper treatment of non-ambulatory animals but may also be a result of negligence from employees. Improper handling includes excessive electric prod use, use of electric prods in sensitive areas, kicking, hitting and use of inappropriate handling tools. Improper treatment of non-ambulatory animals may include anything listed as improper handling in addition to dragging a live animal and a delay in response to action involving an animal: either euthanasia or movement to a suspect pen depending on the species. If a non-ambulatory animal is identified and it is decided to euthanize the animal, it should be done immediately by an individual trained on a euthanasia method appropriate for the situation. 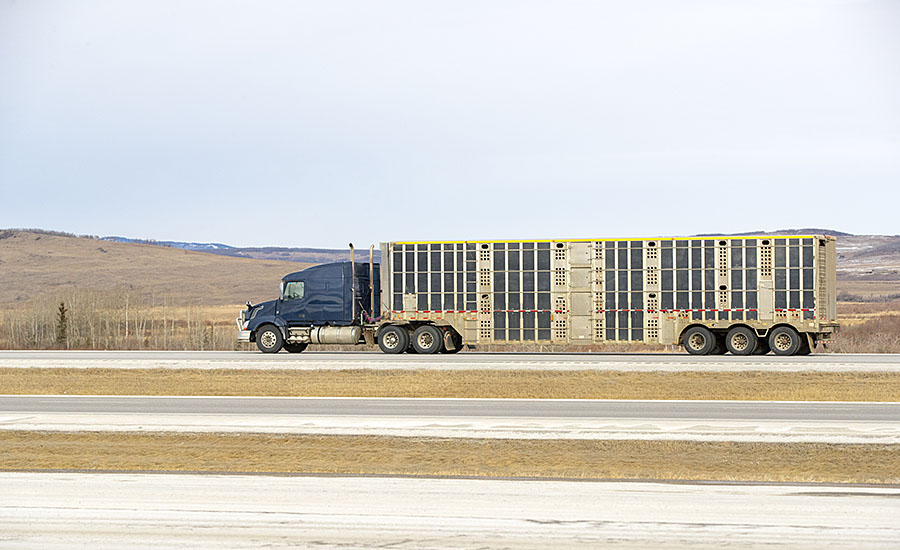 In 2018, 81.6 percent of humane handling enforcement actions issued by FSIS were related to stunning. The majority of these actions fell under the category of mechanical stunning. Most stunning errors were related to placement (from the enforcement actions which clearly listed a reason for stun failure). Fortunately, there are ways to improve stunning placement such as effective training, improved stunner position and improved restraint. Training is vital to ensuring proper stun placement, and it can be helpful to utilize heads from previously slaughtered animals to identify exactly where the brain is located and use the heads for practice, particularly with captive bolt.

It is important to approach stunner operator training as a progression. The first step in training should occur through instruction and observation, but the trainee should not be allowed to shoot live animals. The second step should include practice application of the stunning tool to heads from animals that have been stunned. As the training starts, using a skinned versus unskinned head is the choice of the establishment. An important step to enhance the quality of training is to split the heads lengthwise with a head splitter or band saw to allow the trainee to see brain location and bolt path. Finally, when the trainee is ready to stun live animals, they should be allowed to operate the stunner for short periods of time at first to allow them to acclimate to the physical demands of the job. If they are expected to operate the stunner for an entire shift in a high-throughput facility without training their body to the rigors of the job, fatigue will likely set in. It is important to check on the mental wellbeing of the stunner operators as well. The job can be both physically and mentally draining, and good management can catch fatigue on either front before a crisis occurs.

Ultimately, having a robust systematic approach to animal welfare that utilizes a Hazardous Analysis and Critical Control Point-like approach and following the procedures it outlines is a great way to prevent FSIS enforcement actions related to the Humane Slaughter Act; however, it also takes a culture of diligence and ‘doing the right thing’ from everyone involved.  NP

Dr. Kurt Vogel is an associate professor of Livestock Behavior and Welfare in the Animal and Food Science Department at the University of Wisconsin – River Falls. He is also the president of Vogel Livestock Solutions, a food animal welfare consulting company. If you have any questions or comments, you can reach Vogel by email at kurt.vogel@uwrf.edu or by phone (715) 425-4704.