Alternative proteins: ripe for the picking

Revenue opportunities abound for traditional meat and poultry processors in the plant-based sector, but operators must first master the category’s unique dynamics.

It’s a juicy time to be in the U.S. plant-based meat market.

Sales are surging with 2019 revenues totaling $939 million, up more than 18 percent from $794 million in 2018 and about 38 percent from $682 million in 2017, according to the Good Food Institute, a Washington, D.C.-based nonprofit think tank that promotes plant-based and alternative protein meat, egg and dairy products.

With the plant-based sector attracting both meat eaters and vegetarians, sales will likely remain vibrant and become an increasingly important market for conventional meat and poultry producers, he says. “With many of the largest meat and poultry processors already producing plant-based proteins and investing in plant-based or cultivated meat companies, including Tyson, JBS, Cargill, Smithfield, Hormel and Conagra, it is important for other processors to move into the space,” he says.

“The pie is going to shrink for traditional meats,” says Jim Wisner, president of Wisner Marketing Group, a Lake Forest, Ill.-based retail consultancy. “All the major meat producers are investing in [alternative proteins], and other processors are going to have to do that as well or they will have difficulty growing their businesses.” 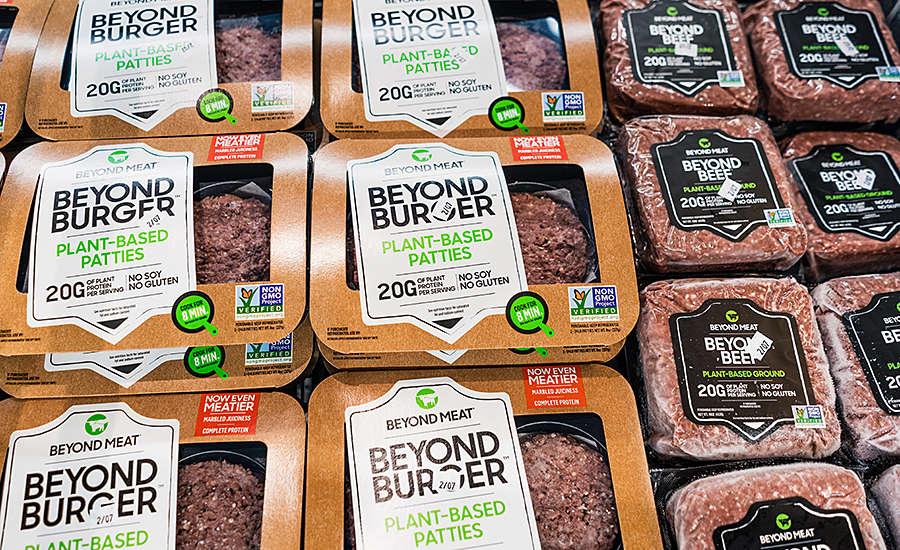 While the prospect of greater revenues makes the plant-based meat sector increasingly attractive for traditional processors, meat and poultry producers still must surmount a host of operational challenges to flourish in the market, analysts say, with product development a key challenge.

“Most traditional meat and poultry processors have the capacity to produce plant-based meats and can get into it reasonably quick,” Wisner says. “But a major issue is getting the right formulation.”

Weston notes that just entering the sector “does not guarantee a home run. A lot of products need to be better tasting, but the sensory experience for meats is poorly understood by the plant-based industry.”

Conventional meat processors that can replicate their products’ taste and texture in the plant-based market will have a key advantage. “Not many people in the plant sector deeply understand meat science or are working at plant-based meat companies,” Weston says. “There are many benefits for traditional producers who clearly comprehend why meat tastes so good.” 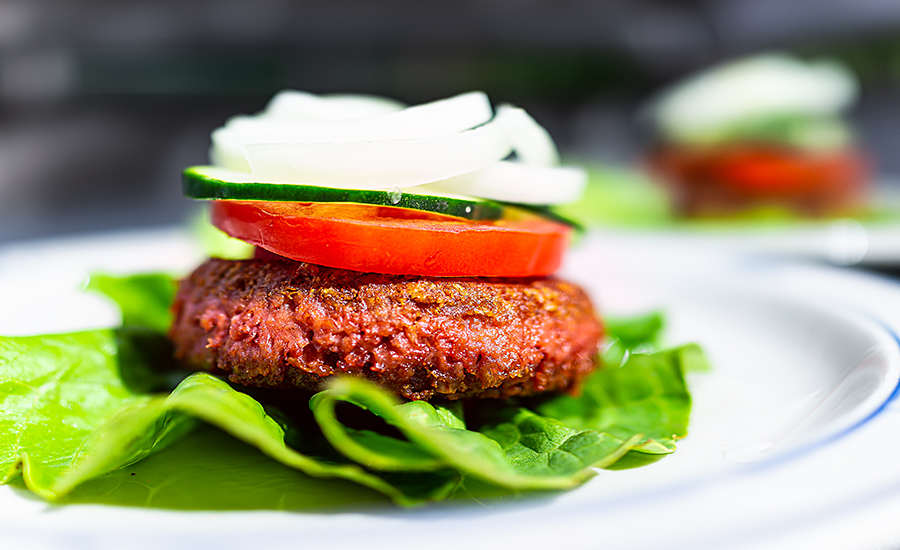 Get the taste and texture right

Along with taste issues, the texture of animal proteins is difficult to transfer to plant-based meats.  Producers also face the burden of incorporating the optimal amounts of moisture and oils in products, he says.

“There is poor understanding of what makes animal meat delicious,” Weston says. “Plant-based meats taste good, but there is plenty of room for improvement.”

The more structurally complex a meat cut, the harder it is to replicate, he says. “Plant-based burgers, sausage and chicken, including shreds and chunks, are easier to successfully produce, which is why they are more popular than steaks or complex filets that pose unsolved challenges on the texture front,” Weston says.

Replicating whole-muscle meat cuts is a major challenge, he says. “There isn’t a plant-based steak today that is going to have the same texture and complex three-dimensional structure found in most animal-based selections,” Weston says. “Animal meat has muscle tissue consisting of bundles of fibers that provide much of the texture and chewiness. While plant-based developers are making progress in duplicating the elements, there is still a long way to go before products can be similar and competitive with a standard steak or filet.”

Brands featuring plant-based proteins also must contend with diverse and sometimes conflicting consumer preferences, according to the May 2020 Plant-Based Proteins report from Mintel Group, a Chicago-based global market research firm. The report shows, for example, the majority of adults think animal meat is the best source of protein. Many other consumers, meanwhile, say plant-based meats also can be a strong protein source, but a significant number say meat substitutes are overly processed. “This is especially true of consumers who avoid or limit meat consumption, creating an obstacle for brands hoping to win over this small but potentially loyal demographic,” Mintel reports.

Attracting the large base of shoppers seeking products with “clean” labels, however, can be difficult as the ingredient list for plant-based meats “is a mile long,” Wisner says. “That is the Achilles heel for these products.” 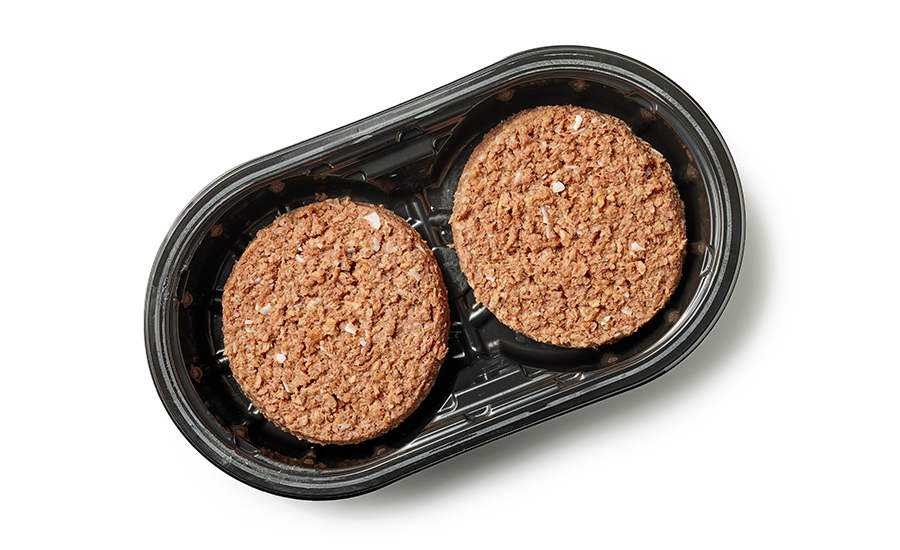 Maintain a focus on food safety

“As a newer area, microbial controls necessary for direct inactivation and/or to avoid cross-contamination with pathogens may not be as clearly understood as those for traditional meat products,” he says. “Initially, it would seem that hazards such as E. coli O157, Salmonella and Listeria would be less likely to occur in plant-based products. But because evidence suggests that some of these zoonotic pathogens may have adapted to plant hosts as well, there is a need to better understand what the contribution of the plant-based foods manufacturing chain might be to mitigating or enhancing emerging food safety concerns such as antimicrobial resistance.”

The cereals, legumes, grains, aflatoxins and other mycotoxins in many plant-based meats may also pose food-safety risks, says Cameron Prince, the Acheson Group’s vice president of regulatory affairs. Aflatoxins are a family of toxins produced by fungi that are found on agricultural crops such as corn, peanuts, cottonseed and tree nuts. The risk of allergens in products also is greater because of the more complex formulations of plant-based meats, he says, noting “allergen controls must be rigorous for these products.”

Change is in the air

Consistent access to the necessary plant-based ingredients from the supply chain is another challenge, Wisner says. “But as that works out, it will help bring production costs down and plant-based products will get more competitive. It is not a cheap item to produce in comparison to conventional meats because there is more involvement in the process, but eventually it will be as economical as the traditional offerings. The more often processors get the products right, the faster the sector will grow.”

Plant-based meat production costs often are higher because products contain more ingredients and operators may require specialized equipment, Weston says. Such machinery can include mixers and grinders that must operate at the temperatures and provide the pressures necessary for plant-based production, he says. “Producers can help recoup those higher expenses by charging the end consumer more,” Weston says.

Traditional meat and poultry processors also must comprehend and abide by the federal regulations specific to the plant-based sector, Prince says. He notes, for instance, that conventional meat processors typically deal with U.S. Department of Agriculture (USDA) regulatory inspection programs, which have more on-site oversight and prescriptive requirements than the Food and Drug Administration (FDA) programs that govern plant-based meat products. Because preventive controls under the FDA’s Food Safety Modernization Act (FSMA) differ from USDA inspection requirements, processors often must adjust their food-safety plans to meet the specifications for plant-based foods, he says.

“It is important that traditional meat processors not underestimate the cultural change facing staffers who handle quality assurance as they move away from a conventional meat-based environment and systems,” Prince says. “Meat handling processes and facilities are not necessarily amenable to a transition to plant-based processing.”

In addition, operators should consider engaging outside food-safety experts to help them comply with FSMA regulations, adding that training and awareness programs need to be companywide and not just for quality assurance personnel in order to create a strong food safety foundation and culture in their facilities. 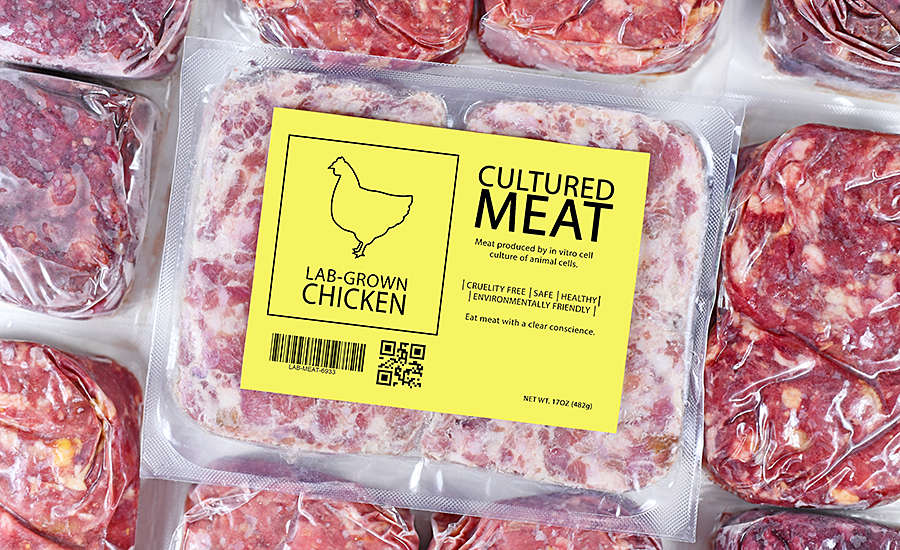 Be willing to seek assistance

Because plant-protein processors typically source ingredients globally, it also is important to have verification programs that help prevent ingredient fraud and product mislabeling, he says.

Traditional meat and poultry processors can further ease their move into the plant sector by using contract manufacturers or partnering with existing plant-based meat providers, Weston says, noting that plant-based operators often have the knowledge but not the processing capacity to produce large amounts of products.

Ingredient suppliers and manufacturers of equipment that can texturize and structure plant proteins also can provide guidance on product formulations and technologies, he says. That is important as processors must effectively combine different oils, proteins, flavors and colors while texturizing and hydrating meats and, in some instances, blend animal proteins with plant proteins, Weston says.

Producers can better stand out in the expanding market by offering greater product varieties, including blended meats, and sourcing more diverse ingredients, Mintel says. “While many leading meat-alternative brands use soy, wheat or pea proteins as their main ingredients, consumers show interest in a wide variety of plant-based protein sources, from lentils and fava beans to nuts and seeds,” Mintel reports.

On the plus side

Though a successful expansion into the plant-based sector can be arduous for animal-protein processors, most traditional operators already have some infrastructure in place, Weston says. That includes a cold chain that supports refrigeration and storage, and the means to coat, bread, flavor, marinate, shape and package products, he says. “While the upstream part of the supply chain looks different, the downstream section is shockingly similar and is a good way for meat processors to utilize existing assets and capital,” Weston says.

Unlike animal meats, some plant-based selections can remain in warehouses for years without the threat of spoilage because of the use of dry ingredients, Weston says. “Once you kill the animal, it is a ticking time bomb as the longer that meat sits, the more likelihood that it will be lower quality, have a shorter shelf life and cause distribution challenges,” he says. Without a need to be close to animal producing ranches, plant-based processors also have fewer geographic and production restrictions, Weston adds.

While retail prices for plant-based options can be 50 percent to 100 percent per pound greater than for animal meats, that will decrease as demand keeps growing, Wisner says. “Plant-based meats account for just 1 percent of overall meat sales, but as they get closer to price parity with animal proteins by tapping into bigger economies of scale, the share will likely rise to between 5 percent and 10 percent,” he says.

A devoted group of shoppers, meanwhile, already is willing to pay more for plant-based meats, Wisner says. “As a relatively small category, it still doesn’t have the economies and infrastructure in terms of production capacity to get those prices lower,” he says. “But conventional meat processors will benefit from utilizing their underperforming facilities that already have the capacity and distribution systems set up.” NP