Waging the battle of traditional versus unique in product development in side dish and appetizer categories. 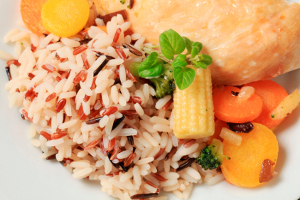 Innova Market Insights recorded a slight fall in launch numbers for ready meals and prepared foods globally in the 12 months to the end of June 2012. But within that pattern, the side dishes or accompaniments sector, including plain and prepared pasta and noodles, rice, potato products and prepared salads, fared slightly better with a static total of introductions recorded over the same period, with this performance mainly attributable to a rise in the number of pasta and noodle products.

The U.S., Europe and Asia accounted for well over 80% of total ready-meal and prepared-foods introductions recorded, with Europe more than 50%, Asia nearly 23% and the U.S. more than 9%, reflecting the relatively developed convenience-foods markets in the west, as well as the high rate of NPD activity in Asia in general. In terms of launch numbers for specific side dishes, however, the pattern is more variable, often reflecting the traditional foods of different regions, such as potatoes in Europe and noodles in Asia.

Pasta and noodle launches made up the largest sector in terms of new product activity, both in side dishes and in ready meals/prepared foods as a whole, with shares of nearly two-thirds and more than 40%, respectively.

Although plain pasta and noodles are mainly used as accompaniments, the prepared sector includes both accompaniments and meal centers, and even some products that can be used as either. Europe accounted for a leading 48% of plain pasta and noodle launches and just under 40% of prepared lines, while the share of Asia rose from 23% in plain products to over 34% in prepared lines. The U.S. accounted for 6% of plain products and just over 8% in prepared lines, reflecting the relatively concentrated nature of the market in the region, as well as the greater tradition of pasta and noodle consumption in some other parts of the world.

Key product trends in pasta and noodles are fairly similar globally, notably the ongoing move into value-added lines, including more convenient packaging and preparation; authenticity in terms of pasta and noodle origins and types; and more organic, local and gluten-free lines. The rice market is seeing a similar rise in demand for convenience lines, with ready-to-heat pouches and other microwaveable lines, including those in trays, mainly ambient but also chilled, plus other quick-cook and flavored products. There is also rising interest on specific rice types, such as risotto, specific varieties, such as Basmati or Jasmine, and specific countries or regions of origin, such as Pakistan or the Punjab.

In addition to a growing range of dried rice-based side dishes, such as the Knorr Rice Sides range from Unilever in the U.S., there have been some interesting developments in frozen lines. Birds Eye of the UK launched its Rice Fusions range in 2011 to try to further develop the UK convenience rice category, which it valued at GB£140m a year. Made with a fusion of long-grain rice, vegetables, herbs and spices, Rice Fusions are packaged in individual pyramid-shaped steamer bags for heating in the microwave, and they take just 3 minutes to prepare. The range has already reached a value of over £7 million in the UK, and the original Mediterranean Vegetable. Egg Fried Rice with Peas, Aromatic Pilau Rice with Peas & Spinach and Country Mushroom variants were joined in mid 2012 by Fragrant Golden Vegetable and Delicious Tomato & Herb variants.

Europe dominated new product activity in potato products in the 12 months to the end of June 2012, with 57% of total introductions in the sector, reflecting the traditional popularity of potatoes as an accompaniment in countries such as the UK, as well as the rising popularity of convenience options.

An interesting development in the UK frozen potato products market in early 2012 was the launch of frozen Ready Baked Jackets by market leader McCain, aiming to offer a more convenient option for those put off jacket potatoes by the long cooking time. The UK frozen potato products market has faced a difficult few years and saw another slight volume drop in sales in 2011, although value rose by nearly 5% to £558m. Own brands are relatively strong with over 30% of market value.

There is also rising interest in chilled potato product lines, with both branded and own-label launches and including standard chips, wedges and mash, as well as value-added lines such as potato-based recipe dishes.

In the U.S., there has also been similar activity in frozen potato products, although the chilled market remains undeveloped. McCain has been active in developing sweet potato options in its frozen potato products range, and in its home market of Canada, it introduced Harvest Splendor in the spring of 2012 as a cubed potato product blending three types of potatoes (red skin, russet and sweet potato) for a mix of tastes and textures. McCain’s U.S. frozen potato product portfolio now incorporates its Purely Potatoes all-natural convenience range, its Family Favorites and its premium-style Seasoned lines.

In the rest of the vegetable accompaniments market, there are a number of opposing trends at work, perhaps most interestingly the demand for something unusual or different on the one hand, with ongoing interest in traditional, homestyle and seasonal products on the other. Value-added speciality frozen and canned vegetable blends are becoming increasingly popular, with a focus on more unusual ingredients and ethnic options such as Asian, Mediterranean and Caribbean options, featuring not only a range of appropriate vegetable varieties, but also added spices and seasonings.

Stand-up pouches, including microwave steam options, are also coming into the mainstream for vegetables, adding value in terms of convenience, flavor and health. While sweet potatoes are proving a key driver in the potatoes sector, newcomers tipped for future success in other areas of the vegetables market include kale, beets and sea vegetables.

Prepared salads, which may have some overlap with the vegetables sector, are also a key area of the side dishes or accompaniments market. In terms of launch activity, however, the sector is one of the smallest in the ready-meals and prepared-foods category globally, with less than 6% of total introductions in the 12 months to the end of June 2012, making it the smallest accompaniments sector, and ahead of only meal kits and sandwiches in the category overall.

Europe accounted for nearly three-quarters of activity, reflecting the greater development of packaged chilled foods generally. Adding a convenience element to the intrinsically healthy image of salads has helped to drive the market forward and products have become increasingly complex in many instances, containing a greater variety of ingredients, sometimes including dressings and/or additional garnishes such as croutons.

The healthy image is being built upon further with the launch of functional-style salads over the past year or so, with Spain one of the leaders in this area. In late 2011, Sogesol launched a Salad Ayuda range under its Fredeca bagged salads bran, featuring salad mixes aimed at specific health issues. This included one for digestive health, rich in fiber and potassium, and containing mizuna, young green leaves, endive, beetroot and broccoli; one for immune health, rich in vitamin A and selenium and with young spinach leaves, red leaves and mizuna; and a third aimed at heart health, rich in potassium and vitamin C and containing watercress, lollo rosso and green leaves. This was joined in mid-2012 by another leading salad brand Florette, when it launched its Cuidate range, featuring Digest, Antiox and Inmuno options.

Co-branding is also increasingly being used, with recent launches including the move of the Geant Vert (Green Giant) vegetable brand into the packaged salads market in France, and the use of the Miracle Whip dressing brand for a chilled potato salad from Popp in Germany.

Trends driving the side dishes market are also clearly apparent in the hand-held snacks or appetizers market, with convenience, ethnic flavors and better-for-you products on offer in a sector also benefiting from ongoing demand for quality snack-style products for in-home consumption.

The rise in in-home consumption of products that would once have been purchased on an evening out has resulted in a move upmarket in many instances, as well as a rise in interest in ethnic variants previously confined more to the foodservice sector. Frozen products dominate the U.S. market, with the frozen appetizer sector (including snack rolls) worth over $1 billion a year through food, drug and mass merchandisers.

Basic lines such as Mozzarella sticks and chicken nuggets continue to be popular, but companies are increasingly adding new twists in terms of flavorings, ingredients and packaging, as well as looking at new concepts altogether. The share of retailer own brands in the U.S. frozen appetizers market, although low by European standards, at about 9%, is still well ahead of many other sectors of the frozen prepared-foods market in the U.S., including handheld entrees, multi-portion dinners and single-serve dinners, at about 4%, 6% and 2%, respectively.

Looking to the future, it is clear that the side dishes and appetizers markets already feature a huge range of different products and brands, with considerable differences in character and emphasis according to region.

The opportunities for new product development are very diverse in comparison with some sectors of the food and drinks market, but key drivers remain largely consistent — convenience, health and indulgence, with a strong focus on developing more complex and sophisticated product and flavor options for an increasingly discerning consumer, willing to pay a premium for higher-added-value products for in-home consumption as a substitute for some previous eating out occasions.

Health and quality of key concern

The author, Olivia Sant’ Angelo, is a market analyst at Innova Market Insights, (www.innovadatabase.com) a leading supplier of new product and trend information in the food and beverage space. Innova Market Insights is organized by food industry professionals to rapidly record new product activity and identify the trends driving the industry today and in the future. For more information, contact olivia@innovami.com.

Health and quality of key concern