Farm to Plate: The match game

Corporate social responsibility goes beyond semantics: Your actions must match your message. 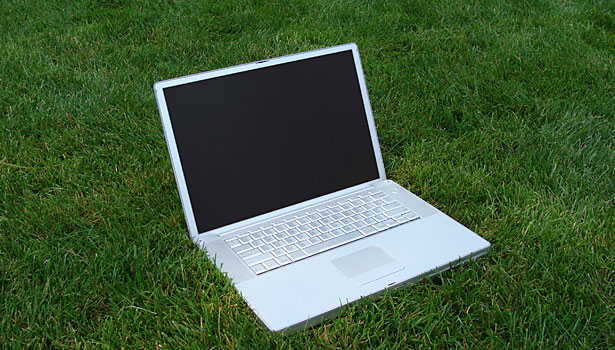 It is hard to deny that the development of dialogue between animal agriculture and consumers has been a focal point for most food processors and retailers in recent years. One major point of emphasis from public-relations experts has been the importance of not just “telling the story,” but telling a story that the consumer can believe in.
The mantra has become, “It’s not just what you say, it’s what they hear.” This is definitely true, but there is another piece of the public-relations puzzle that should not be forgotten:
Your message must honestly converge with your actions.
A sizable pool of scientific literature has developed that focuses on the effects of advertising and marketing messages that include indications of corporate social responsibility. Corporate social responsibility can be described as the actions that a company takes for the betterment of society — for example, donating food to food pantries or hosting open houses for the local community. For most companies in the meat industry, this is where animal welfare fits into their marketing program.
Many studies are focused on the use of corporate social responsibility messaging as a means of repairing damaged trust following disastrous events that cause people to view a company in a negative light. A recent example of corporate social responsibility advertising is the very public financial commitment to Gulf Coast remediation efforts by the oil company BP after the Deep Water Horizon explosion and oil leak in 2010. Three years later, we can still find the occasional television commercial regarding BP’s commitment to the Gulf Coast.
Although corporate social responsibility messaging has been shown to have the greatest value during the rebuilding of consumer trust , it is likely that many companies would prefer to only employ such messaging by choice, not necessity.
Simply put, if your company is doing something great and you want to tell the public about it, you are using corporate social responsibility messaging by choice. If you’re trying to repair broken trust, you are using the messaging by necessity — and you would not prefer to be in such a situation.
One way that we can avoid trust-damaging events and remediation efforts in food production is by thinking about the potential effects of messaging.
A few years ago, I gave a brief presentation on the state of science regarding gestation crates and group housing systems for pregnant sows for a group of pork producers, extension agents and industry representatives. During the presentation, I consistently used the terminology “gestation crates” because that was the term I had used — and heard — for as long as I could remember. During the presentation, an individual in the crowd raised his hand, so I stopped to field his comment.
“We don’t use gestation crates anymore, we use individual sow housing,” he explained. When I asked him to describe the difference between the two, his response was: “The name.”
It is unclear if changing the name of the gestation crate or stall to something else will resolve the issue, but if the public truly rejects the use of such housing for pregnant sows, changing the name could damage consumer trust, because calling the same thing by a more tolerable name may be viewed as a deceptive practice.
If the name of an object changes, it makes logical sense to expect that the object itself has changed in some way. If the name changes but the object does not, this may indicate that an attempt is being made to deceive or cover something up.
Once deception is identified, it changes the dynamic of a relationship between two entities. Much of the research on this topic comes from the psychology field, where it is focused on deceptive messaging between individual people.
One particular study  used a money-trading game to determine how untrustworthy behavior, deception (not doing what you say you will), promises and apologies impact how much trust one person affords another who has wronged them. This study included 262 people who were paired with each other (131 pairs) to play the money-trading game.
The basic idea of the game was that both participants would gain money equally if they cooperated, but one participant would gain much more money if they engaged in untrustworthy and deceptive behavior. Some of the players were informed to use deception to convince their partner to give them more money, which they would then keep and not share.
The results of the experiment revealed that people were initially willing to trust the person that engaged in deception, but quickly realized they could not trust their partner, so they became less willing to cooperate and more focused on conserving their resources. If the partner that originally engaged in deceptive and untrustworthy behavior apologized and promised to play fair, they still were unable to regain the trust of their partner after five more rounds of the game. The level of trust never fully recovered.
Although this is a very simple example, the money-trading game study reveals the danger of deception in maintaining trust. This is why it is important to be sure that messages match the actions in our food-production industries.
If you really think about what many food companies have that is unique and valuable to them, it is their brand name. If your brand is associated with enough deceptive messaging, it could tarnish the one asset that is most valuable to the long-term viability of your company.
The moral of the story: Continue to consider what the public will hear as you describe how their food gets from farm to fork, but don’t forget to think about how clearly your message matches what they will see.

Recovering from a challenging year

Kurt Vogel, Ph.D., is an associate professor in the Animal and Food Science Department at the University of Wisconsin-River Falls. He is also president of Vogel Livestock Solutions, a food animal welfare consulting company. If you have any questions or comments, contact Vogel by email: kurt.vogel@uwrf.edu or phone: (715) 425-4704.

Farm to Plate: Keeping the water running pays off

Farm to Plate: A systematic approach

Farm to Plate: Don’t get burned!