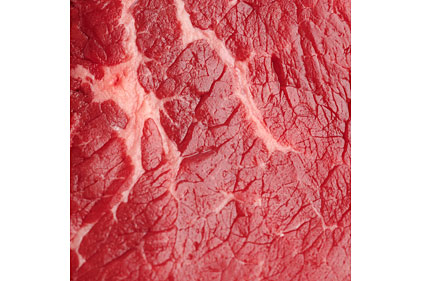 On Dec. 13, 2013, the Food Safety and Inspection Service (FSIS) issued Notice 81-13 to clarify and expand its routine trim sampling programs. Inspection program personnel (IPP) were to implement this notice beginning Jan. 5, 2014, with updating the plant profile so that sampling tasks can be appropriately scheduled.

The notice has two related purposes: (1) clarify that primals/subprimals are to be sampled if/when intended for raw non-intact use, and (2) clarify/expand the products deemed to be non-intact.

The products deemed non-intact include products covered by the standard for “miscellaneous beef products,” 9 CFR § 319.15 (such as ground beef or patties); products similar to the standard; shaped and formed raw ground products; raw ground beef meat fillings/sauces/soups; raw beef sausages; and last, but not least, raw mechanically tenderized products. Please note, FSIS is not announcing that all these finished products will be tested by the agency, only that the raw materials used to make such products will be subject to testing under MT60 or MT55.

The IPP are to collect samples of:

On mechanically tenderized products, FSIS intends the sample be taken after all interventions have been applied, but before the product is tenderized, if that can be done safely. When possible, establishments may consider running the raw materials through the process at time of sampling, but turn the tenderization equipment cabinet off. This could minimize cleaning/sanitizing after the sample is taken.

The existing rules on STEC sampling contained in Directive 10,010.1, Rev. 3 continue to apply to sampling, such as:

If there is a positive MT60, the IPP are to conduct: (1) a directed HACCP-verification task for the specific production lot that tested positive; (2) a directed Sanitation SOP task to review the records for the day(s) the product was produced; and (3) a directed Beef Sanitary Dressing task. FSIS would conduct follow-up sampling at the establishment.

With a positive MT55, the IPP at the purchaser would conduct: (1) a directed HACCP-verification task for the specific production lot that tested positive; and (2) a directed Sanitation SOP task to review the records for the day(s) the product was produced.

In addition, with an MT55, the agency would go back to the supplying establishment and have IPP at the supplier conduct: (1) a directed HACCP-verification task for the specific production lot that tested positive; (2) a directed Sanitation SOP task to review the records for the day(s) the product was produced; and (3) a directed Beef Sanitary Dressing task. If there is a positive MT55, “FSIS would not typically request the recall of source materials from suppliers of the bench trim that FSIS sampled and found positive.”

Genome sequencing: Ready or not, here it is

FSIS beef sampling: It’s not all about the non-O157 STEC

FSIS beef sampling: It’s not all about the non-O157 STEC