Animal welfare is about much more than animals 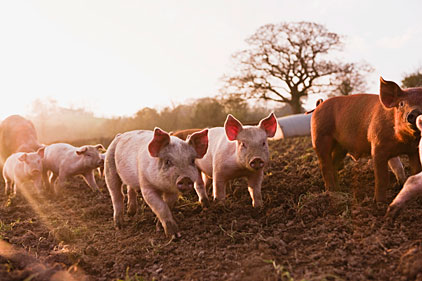 There was a time in our culture when many consumers were more connected to food and agriculture. Citizens knew a farmer or grew up near a farm, milk was delivered directly to people’s doorsteps, and consumers regularly visited their neighborhood butcher.

Yet business consolidation, innovation and technology dramatically changed this way of life, seemingly right before our eyes.

Similarly, animal welfare in food production is no longer just about farmers and ranchers and the way they treat their animals. It is now part of a comprehensive food system that includes consumers, retailers and restaurants, government and regulatory agencies, NGOs, auditors and certifiers, and educators. Our food system is predicated on a model of safety and affordability while aspiring to a balance that is moral and defensible.

With this evolution, the issue of animal welfare has become increasingly complex, resulting in the emergence of ethical and science-based standards.

In the late 1990s, a small movement began to address how animals were raised in food production. Thanks to advances in agricultural and environmental science, farmers were able to maximize the efficiency of their land, equipment and animals, leading to a plentiful supply of affordable food for a growing population.

In 1930, one farmer could feed 10 people, yet today’s farmer provides food to more than 150 people, a 15-fold increase. As the industry flourished, government agencies became burdened with oversight and regulation for safe products and adherence to basic production standards.

This then led to a gap — more like a chasm — between the way animals were being raised for food and how they were being treated in the process.

With rapid expansion and consumer demand, the food system became production-centric with little incentive to maintain higher animal-welfare standards. Aided by technology, machinery and business management, the detachment between farmer and animal grew larger, often at the expense of basic ethical principles.

Recognizing most consumers seek safe and affordable food choices, including animal protein, American Humane Association made a decision to work in collaboration with farmers and ranchers to bring science-based, humane standards to ensure the welfare of animals in the production of food. A few progressive farmers voluntarily became early adopters of the certification process, as did an initial set of concerned consumers who were willing to pay a little more to ensure that the animals raised for food production were treated with compassionate principles and standards for humane handling.

Over the last few years, the negative attention and public perception of modern agriculture systems, including so-called “factory farms,” has grown. This social crusade has been propelled by hundreds of undercover videos documenting severe violations and often horrific incidences from both name-brand producers and smaller, lesser-known producers. A shift from niche activist blog posts to mainstream media coverage was an early indicator that consumer demand, in relation to the food supply, was going beyond the traditional constructs of economics. Now it is impossible to ignore.

With current legislative efforts to prohibit animal alteration practices and certain types of basic shelter, among other humane standards, the movement for transparency and desire for food labeling is intensifying. Not surprisingly, consumers are heavily invested in this trend. According to the Center for Culinary Development (as reported in a March 2012 story in QSR magazine), individuals in the Millennial generation focus heavily on what they eat, and how and where it was raised.

As consumers reconnect with food and agriculture, farmers markets have sprouted across the country, and “farm-to-table” is becoming a household term.

Animal welfare, however, must remain attainable for all Americans — not only those who can afford premium or niche products. Standards rooted in scientific assertion and evidence are critical for industry-wide acceptance and credibility, so consumers can be assured any animals raised for food were treated humanely.

These basic standards include adequate space in which an animal can stand up, turn around or extend its limbs or wings; enrichments by which an animal can express its natural behavior, such as nesting and perching, rooting, pecking and scratching, or lying down; access to others of their species; and elimination of painful procedures.

Humane standards covered by the American Humane Certified program are ethical and defensible, yet they are realistic and accommodate the majority of food shoppers who cannot afford to pay higher prices for their food. American Humane Association educates and trains farmers and ranchers about the science behind its standards and the processes necessary for ethical animal handling. As of today, the program has certified the humane treatment of nearly 1 billion farm animals, representing about 10 percent of the entire U.S. farm animal production. Though not a large percentage, it is significant to a growing body of consumers and industry advocates championing a change for higher standards.

Animal welfare is a process of continuous improvement, and farmers and ranchers are a critical part of the solution. Championing positive action — away from production-centric practices and toward animal-centric standards — and doing so within a framework of realistic and attainable goals, will produce long-term changes and a more transparent food supply with lasting cultural, environmental and economic advantages.

The time to join this movement is now. Today’s ranchers and farmers must be able to assure the public of their humane standards for animals. “Trust me” isn’t enough. Credible, third-party audits and rigorous, science-based standards make up the new model.

Although many Americans may never again have the personal relationship with their neighborhood farmer, rancher or butcher enjoyed by previous generations, we can assure rational protections for as many animals raised for food as possible and reconnect consumers with food and agriculture in a way that brings benefits to all involved.

Robin Ganzert is president and CEO of the American Humane Association. For more information, visit www.americanhumane.org.