This website requires certain cookies to work and uses other cookies to help you have the best experience. By visiting this website, certain cookies have already been set, which you may delete and block. By closing this message or continuing to use our site, you agree to the use of cookies. Visit our updated privacy and cookie policy to learn more.
Home » Mission to Poland: Part One
Special ReportsIndependent ProcessorExpert CommentaryEditors Viewpoint
Special Report | Mission to Poland

Mission to Poland: Part One

It was around the year 1900 that my great-grandparents left Poland to find their way in the New World. They joined thousands of Europeans who came to the United States around the turn of the 20th Century. I never thought that I would ever have the chance to go back to the land of my ancestors. However, In November 2018, just such an opportunity presented itself, and I traveled to Warsaw in order to learn about the European meat industry.

I was invited to Poland by the Union of Producers and Employers of Meat Industry. UPEMI is a professional organization that promotes the quality of European beef and pork. The professional organization is headquartered in Poland and, in one of its projects, supports companies in Europe looking for opportunities to export meat to North America.The purpose of this trip was to bring together media and food industry experts from the United States and Canada and processors from Poland. 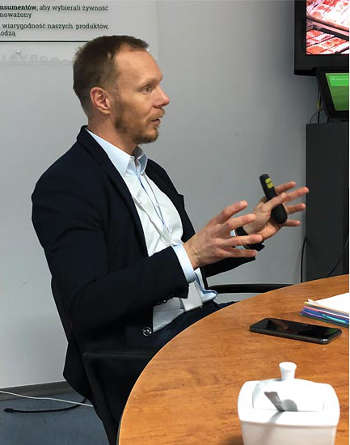 As one of the media representatives from the United States, my job was to deliver a talk about consumer trends in the United States. My audience was made up of processors from Poland who produced a wide range of products. Some were already exporting to the United States and others were interested in learning more about potential markets. After a crash-course in PowerPoint presentation assembly, I made a three-flight, day-long trek across the Atlantic Ocean to talk to European producers about the latest in American meat trends.

During my presentation, I discussed the issues of transparency, label attributes, convenience and premium meat items, to name a few things that interest consumers here. Most of the attendees spoke English better than I do, but for those who only spoke Polish, the entire seminar was translated in real time through interpreters and headsets. The same was done for the North Americans when it came time for the Polish meat industry officials to give their presentations. It was a technological first for me, and much appreciated.

Following the seminar, we journalists were able to speak with several of the attendees. Though our conversations were short, I was impressed with the types of products that these companies made. There were processors who made beef and pork cuts as well as further-processed items like jarred sausages, vitamin-infused sausages, child-friendly meat snacks. There were ideas I haven’t seen on store shelves here before, and I do hope that some of these products make their way to American retailers someday soon. 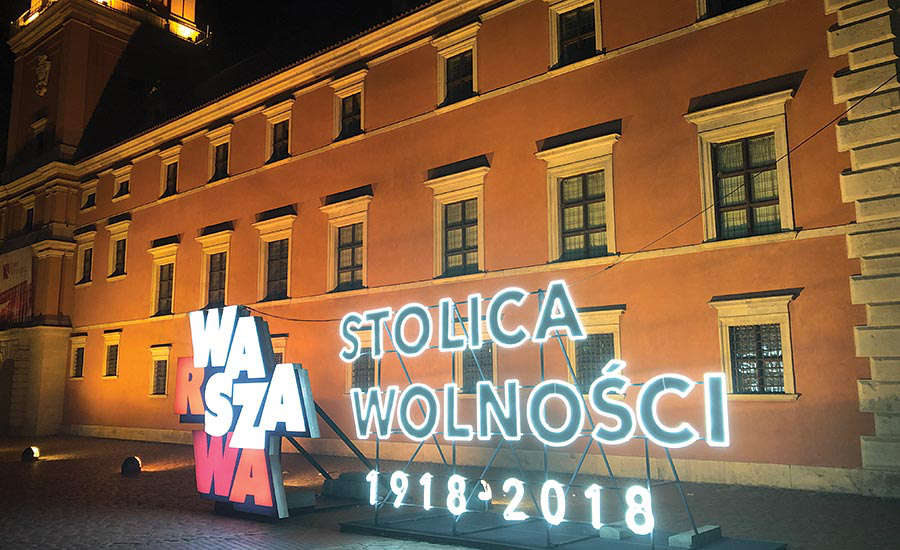 Poland celebrated its 100th anniversary during our visit. There were signs, decorations and the largest fireworks display in the country's history to commemorate the event.

The next day, we journalists boarded a bus and set off on a drive of several hours to the small village of Przechlewo in northern Poland. Przechlewo is home to Goodvalley Polska, the Polish branch of a Danish meat processor.

Though the plant is located in Europe, it would be instantly recognizable for anyone who had set foot into an American meat processing plant before. Obviously, the signage was in Polish and the employees spoke Polish, but the layout, the equipment and the cleanliness was a familiar sight. The company is an exporter of pork to North America and, as all European exporters, operates to meet or exceed the stringent standards of U.S. inspection.

European meat processors produce a variety of products to satisfy both foreign and domestic audiences. Those products, whether they are fresh items like pork cuts or further-processed items like sausages, frequently correspond to leading American trends. The interest in transparency, antibiotic-free products and better-for-you meats is not just limited to American consumers, as European producers are catering to similar consumer tastes as their American counterparts.

Added to that new trend is the long and proud tradition of butchery in Europe. While there is an audience for new, “modern” flavors, European consumers like traditional products that have a sense of Old-World craftsmanship to them. The task, then, is to meld the latest consumer trends with the time-tested traditions of the industry, delivering products with both taste and feel-good attributes. The EU companies are continuing that tradition of quality while adding the modern-day aspects of transparency, sustainability and traceability. They are hoping to change the way European consumers think about their meat products.

Goodvalley, as an example, was founded in Denmark and opened branches in newly independent countries like Poland and Ukraine after the end of Communism in those countries and long before Poland’s access to the EU. Today, the company is looking to bring Danish know-how to its subsidiaries and apply a global view to the agriculture world. 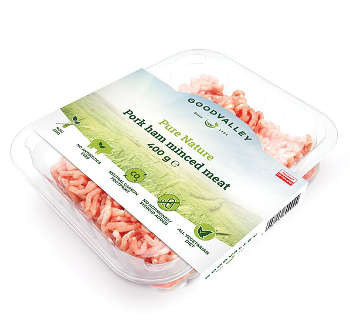 “The idea from our owners is to bring the production of food today where it’s supposed to be produced,” explains Paweł Nowak, Managing Director. “Not in a small, crowded country like Denmark, where we need to import everything, like grain or labor force, but – maybe in a more sustainable way – move the production where the production should be, like here.”

The company is the second-largest pig producer in Poland and has a vertically integrated operation. Its import business ships products worldwide, including the United States, Canada, China, Denmark and Germany.

“Twenty percent of our sales is for export. To the U.S., mostly we sell RWA [raised without antibiotics] pork belly and ribs,” explains Adam Szałwinski, Key Account Manager. “We have started collaborations with a few companies in the U.S. for processed products, and that is for bellies. We sent a few samples, and they accepted.”

European processors, like American processors, are introducing more clean-label products and antibiotic-free products into the marketplace. Antibiotic-free products ranging from ground pork and tenderloins to hot dogs (known as parówki in Poland) can be found on store shelves. Along with those attributes, European processors are also touting other sustainable benefits like CO2-neutral footprints, environmentally friendly agricultural production and humane handling.

Nowak points out that his company released its own brand of antibiotic-free products last year, made with Polish pork, fed on Polish grain. The combination of modern-day sustainability practices and European butchery expertise should be an appealing combination for today’s consumers.
“People are looking more at quality and changing their approach. We see that already,” Nowak says.

Look for Part 2 of our Mission to Poland series in the April issue of Independent Processor.

(The content of this article reflects exclusively the opinion of its author and is subject to his sole responsibility. The European Commission does not bear the responsibility for any possible use of the information contained herein.)

Veteran's Meat Locker: A meat locker with a mission

Bell & Evans continues to be an innovator in the chicken industry

Travel to, connect with other meat processing companies