Half the benefit of pre-marinated meat is consumers know what they are going to get: embedded taste and convenience. Processors are utilizing new technologies with injections and marinades, so everything tastes the same but with less sodium and sugar, and fewer food-safety concerns.

“Manufacturers are trying to combat plant-based burgers with their pre-seasonings and convenience factor,” says Brandon Hernandez, co-founder of Whole Brain Consulting, based in Chicago.

They have plenty of enhancement tools at their disposal, such as immersion, injection systems and vacuum tumbling — with injection most commonly used in marinades. Typically, the injection process involves injector needles, brine or marinade mixing tanks, filters, heat exchanger and saddle tank all connected by clean-in-place piping.

“Uniformity of injections are important,” says Harshavardha Thippareddi, Ph.D., John Bekkers professor of poultry science at University of Georgia, based in Athens, Ga. “Injection systems distribute moisture uniformly to the product through a needle.”

These injection systems are being improved to provide even more consistency, along with improved controls in the marination process, says Thippareddi.

“Over time, if the temperature of the marinade increases, it will affect product absorption as well as the microbial load in the meat,” Thippareddi says. So, over the last four to five years, accumulation tanks have improved to yield real-time data so brines or marinades don’t have to be discarded. Their systems can analyze the already prepared brines they are holding and maintain their optimal viscosity and temperature until they are used.

“The majority of processors want to upgrade their temperature controls today, including the injector’s chilling capability” to prevent bacteria contamination, Thippareddi says.

Food safety is a constant concern with the marination process. It’s easy to see how injector needles can transfer surface pathogens and spoilage bacteria to muscle tissue. While pathogens can be eliminated by cooking meat to a certain internal temperature such as 160 degrees at home, the bacteria will still leave an effect by dramatically reducing the meat’s shelf life.

“Antimicrobial intervention needs to take place before the meat is injected to minimize risk,” Thippareddi says. “However, antimicrobials can be incorporated into the marinade to also slow the growth of bacteria and create a longer shelf life.”

To prevent Listeria monocytogenes in further-processed meatloaves, for example, some poultry further-processing facilities have begun adding to marinades more acidic ingredients such as sodium lactate, sodium citrate and sodium diacetate. They have a low pH, however, which can cause product-quality issues.

“They [acidic ingredients] prevent moisture retention, and that’s the primary goal of marination: to make the meat more juicy,” Thippareddi says. “The way we get that is by injecting fluid into the product, so it retains moisture while it’s being cooked.”

Salt and sodium tripolyphosphate are commonly used in poultry marinades, for example, to add moisture, yield, color and texture. But chemically sounding ingredients may turn off consumers who care about clean labels more than ever.

Organic acids and antimicrobials can also prevent or slow the growth of bacteria, Thippareddi says.

“There’s a lot of products that can be considered natural ingredients, like sodium lactate, potassium lactate, sodium diacetate and vinegar to neutralize salt,” he says.

Many salt (or sodium chloride) replacements include potassium chloride. In addition, vinegar pairs nicely with lemon juice (which has citric acid). These salt substitutions still allow a product to qualify for a clean label, Thippareddi says.

“Phosphates can also help retain moisture,” says Thippareddi. “There is no one-to-one replacement for salt in meat processing, though.”

Marinades are used for different reasons in seafood, compared with beef, poultry and pork. The reasons often are to help the fish hold its form or prevent texture softening. “They are not used by everyone, and overall seafood usually seems to be a step behind the other meats,” says Christina DeWitt, director and professor of Oregon State University Seafood and Research and Education Center and interim director of the Coastal Oregon Marine Experiment Station, based in Astoria, Ore.

Brines are used in the smoking process — whether hot or cold smoke — so seafood retains moisture. “Salmon usually has brine in it, through injections instead of soaking,” says DeWitt.

Muscle seafoods utilize brines to enhance the juiciness of the product, reduce cook loss and improve quality. “They basically remove any fluctuations involved in cooking differences, particularly if the fish is cooked more,” DeWitt says. Overcooking is common with seafood.

Phosphate injections are intended to help fish retain water so there is no weight loss, slow flavor and lipid oxidation; help emulsify and remove shells (in shellfish); and provide cryoprotection. “This practice is sometimes embraced, sometimes not,” DeWitt says. “Not a lot of processors are doing it, especially with wild-caught fish.”

The reason phosphate injections are rarely used is because phosphates tenderize protein (by interfering with actomyosin to increase water binding sites) and fish is already tender. Processors want the seafood to hold its water and make the muscle stronger.

“The technology behind phosphate injections for seafood mirrors what is used for beef, pork and poultry, but simpler,” DeWitt says.

Imported-seafood processors use phosphate injections more than domestic ones, and U.S. regulations aren’t as well defined on whether they need to be declared, she says. 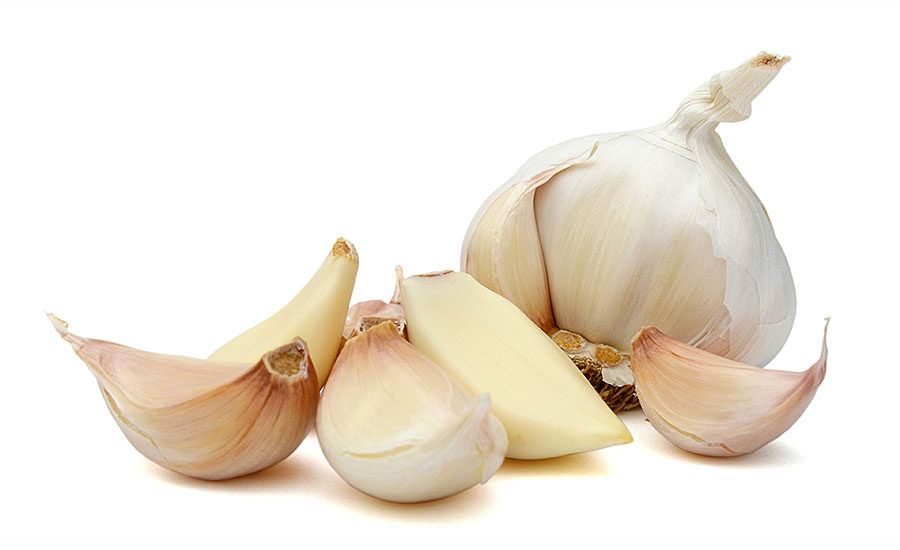 Foreign processors are evaluating the use of alkaline electrolyzed water to replace traditional phosphate enhancement solutions to further extended shelf life, lower pH levels and improve food safety. It has not been shown to leave a chlorine residue in edible meat. “Electrolyzed water is already used for sanitation in seafood,” DeWitt says.

Why replace phosphates? “At certain levels, phosphates can give off a soapy taste,” DeWitt says. “Also, processors want to reduce the sodium content from phosphates, cut costs and provide a cleaner taste.”

Soy-based proteins are also being added to brines that are injected into muscle products, to aid with water retention, DeWitt says.

“Processors are always looking for ways to produce a consistent product for consumers with as clean a label as possible, safe as possible and healthy as possible,” DeWitt says.

Although seafood injections may vary from red-meat alternatives in some ways, the industry is also focused on using more natural ingredients that achieve the same result as past formulations. “Manufacturers will continue to experiment with ways to replace or lower phosphates, including with protein-alternatives,” says DeWitt.

Consumers enjoy new flavors in marinades, just nothing too exotic yet.

“An analysis of top flavors only tells part of the story, however,” says Vierhile. “If you look at what is growing, there is an even smaller list there. Looking at the top 10 flavors, three flavors are really driving growth, if you look at compound annual growth (CAGR) for new-product launches from 2016 to 2018: herbs (up 5.4 percent), lemon (up 58.1 percent) and lime (up 15.5 percent).”

This trio may be growing because all three of these flavors skirt potential sugar concerns. “We are seeing an uptick in botanical flavors across many food and beverage categories, and these flavors — more or less — fit within that trend,” Vierhile says. “Another factor helping this trio is that all can be combined with other flavors to create a more complicated and sophisticated blend.”

Looking at flavor blends, three flavor trios that stood out were garlic herb (by far the most popular combination), lemon garlic (second most popular) and chili lime (third most popular), says Vierhile.

“Some product trends that may be helping guide and shape flavor innovation include marinades with reduced sugar content, products that touch on ethnic flavor trends and products that are in line with current diet trends like keto, paleo or even FODMAP (fermentable oligo-, di-, mono-saccharides and polyols),” Vierhile says.

From 2014 to 2018, Middle Eastern flavors (23.2 percent) and Mediterranean flavors (19.6 percent) affected new-product launches in food and beverages, according to Innova’s Colors and Flavors: Superheroes of Product Success presentation at SupplySide West, he says.

At restaurants, sweet and spicy is still trending among consumers. “Forty-seven percent of consumers say the combination of sweet and spicy is appealing,” says Lizzy Freier, managing editor at Chicago-based Technomic, a Winsight Company, according to Technomic’s 2019 Flavor Consumer Trend Report.

Consumers also trust restaurant chefs to experiment with new and traditional flavors. “From Technomic’s 2019 Flavor Consumer Trend Report, 56 percent of consumers say marinades used by the chef is an appealing way of adding flavor to a dish,” says Freier.