Marinades, brines and seasonings continue to launch innovative flavors while sticking to the basics for clean labels.

Gochujang, ssamjang, Tanzanian are all terms — new to most Americans for now — that consumers increasingly see on menus. They come to the U.S. courtesy of trending Korean and African dishes, aided by marinade and spice prep.

Marinades, brines and seasonings continue to launch innovative flavors while sticking to the basics for clean labels.

“Pork, beef and poultry make good companions for marinades, seasonings and spices because they are such common proteins,” says Lizzy Freier, managing editor at Technomic, a Winsight Company, based in Chicago. “For the most part, consumers ordering these products generally know the types of flavors they are getting. So operators can use marinades, seasonings and spices to test out new flavor profiles with their customers.”

And marinades allow Americans to experiment with restaurant-quality flavors and cuisines at home. “I can go to the store now and buy products that before I would have had to go to a regional restaurant or store to buy,” says Terry Houser, Ph.D., associate professor at Kansas State University, based in Manhattan, Kan. “So consumers can buy a variety of marinades, have a zillion sources for recipes and can then make a product that they never could have made before.”

Pre-marinated products also offer convenience, a range of flavors and an easy way to try ethnic foods, he says.

“In general, marinades or seasonings that have varied flavors within them seem to appeal to a lot of consumers,” Freier says. “For example, agrodolce, which is an Italian sweet and sour-type sauce, is one we’re watching. We’ve seen it paired with lamb.”

Citric acid is another ingredient commonly found in marinades, he says.

“Many ingredients help with food safety, but are not considered label friendly today,” Houser says. “Vinegar and citric acid can both help with product tenderization, flavor and food safety.”

One of the top menu trends in marinades and seasonings is Korean sauces.

“A more mainstream example is gochujang, which is the fastest-growing ingredient on menus, per Technomic’s MenuMonitor, powered by Ignite,” says Freier.

In the future, ssamjang, a spicy Korean paste, has the potential to grow into chains in the coming year or years, but it is currently mostly featured in independent restaurants right now. “It’s popping up in butters paired with oysters or on its own paired with proteins like pork jowl,” Freier says.

Korean or Asian BBQ has trended for some time because it is so versatile. At Chicago’s downtown bellyQ, Chef Bill Kim offers a more contemporary take with tea-smoked duck breast or baby back ribs with hoisin barbecue sauce and bacon crumble. Farther north, Cho Sun Ok in Chicago’s Lincoln Square neighborhood instead sells classic chadol-gui, which is thin slices of beef brisket cooked at the table — leftovers are put in the kimchi fried rice.

Northern African flavors should continue to grow in popularity, as well, says Thomas Vierhile, innovation insights director at GlobalData Consumer, based in Fairport, N.Y. “Harissa is more popular than before, because it’s hot and spicy,” Vierhile says. “There’s also a bit of Eastern Africa flavors out there, like Tanzanian barbecue, but Northern Africa is more popular right now.”

According to Innova Market Insights’ “Barbecue Trends are Heating Up” report, Mexican American barbecue and Vietnamese-influenced barbecue are trending in New York City, as well.

Japanese cuisine is also poised to break into the mainstream, as the 2020 Olympics will be held there and increase exposure. “We’ll probably see more focus on Japan and nuances of Japanese cuisine in the next few years, and there is also some flavor innovation there, as well,” Vierhile says.

“Chipotle bourbon marinades, for example, are trending. Consumers would rather try a marinade like this at the restaurant first than buying a kit to make at home,” Vierhile says. 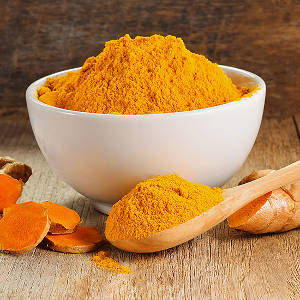 Breakfast seasonings, for example, could be another area for innovation, such as with sausages, bacon, oatmeal, yogurt and eggs.

One spice, turmeric, is being promoted as the next super food. “The newer trends are more polarizing because not everyone can handle spices,” Vierhile says. “Also, there is no evidence yet to see if they are taking off like chili spices. This trend may not even be around in five years.”

Sticking with the basics

Despite the increase in healthy and ethnic spices and marinades, consumers still seek traditional marinades. “From a consumer perspective, the most preferred glazes and marinades for chicken are — in order — barbecue, teriyaki then honey,” Freier says. “Honey, especially, has been on the rise in both consumer preference and menu mentions as it relates to a glaze/marinade for chicken.”

Chicken is the most neutral of meats, so it can carry most flavors. “It’s the ‘rice’ of the meat industry; it takes on the flavor of its marinades,” says Vierhile.

For turkey, “the most preferred glazes and marinades are, in order, honey, barbecue then teriyaki,” says Freier, citing Technomic’s 2017 Center of the Plate: Poultry Consumer Trend Report.

Pork is more neutral than beef and works well with sweet and spicy marinades, Vierhile says.

Consumers agree: 61 percent of consumers say seasonings/spices are an appealing way to add flavor to pork dishes, while 47 percent say the same of marinades, according to Technomic’s 2017 Center of the Plate: Beef & Pork Consumer Trend Report.

Marinades, brines and seasonings offer a way for consumers to explore new cuisines — either at home or at restaurants — or add some spice to their diets. This trend should only continue. NP

Trends in marinades, spices and brines