The meat industry has bounced back from major challenges and changes before; in the post-COVID-19 world, we should expect a similar outcome.

While listening to an inspiring podcast recently, the speaker made an impact on my view of the unusual times we as a global community have recently encountered due to the COVID-19 pandemic. We must look forward to the new normal. I’m naturally one who is averse to change. I have my routine. I like the predictable nature of my schedules and planning that I tend to do. I appreciate agendas and knowing what is to come next in the day-to-day activities that we become accustomed to. It’s comforting to know what’s in store. But, as the cliché goes, the only constant is change.

Although our literal world has been placed in turmoil and figuratively turned upside down, if we look at the trials humanity has gone through, although not apparent in the short-term, these challenges often result in progress. This time has caused me to reflect on some of the moments in the meat business that history has demonstrated progress out of adversity.

If we consider just more than 100 years ago, the beginnings of the modern meat production and food-safety system, an expose by Upton Sinclair titled “The Jungle” brought to light undesirable meat production practices. That expose ultimately led to the federal Meat Inspection Act of 1906. This greatly improved the oversight and sanitary practices of the meat industry at the time. I bet it would be hard to find anyone in the meat business today that would argue against the virtues of that legislation, which at the time may have been a hard pill to swallow for those in meat production.

Not long after that, World War I resulted in not only technological advancements, but planted the seeds for developing standards for meat products in order to enhance selection consistencies for meat purchased for the U.S. Army, Navy and Allies during that global conflict. This standardization process led to what is now the U.S. Department of Agriculture (USDA) grading system which helps assign value to meat animal carcasses. This is a major economic driver for U.S. animal agriculture.

Let’s fast forward to the end of the 20th century, a time when the meat business saw massive meat recalls and a devastating outbreak of E. coli that propelled the necessity for hazard analysis and critical control points (HACCP), now a given for meat-processing facilities. Shortly after that, kicking off the 2000s, the beef industry had the cow that stole Christmas and brought an increased focus on controlling prions for the prevention of Bovine Spongiform Encephalopathy (BSE) in our beef supply. And even more recently, the terrible years of droughts in the central part of the U.S. at the beginning of the 2010s were met with beef herd liquidations. I’m a firm believer that the weather pattern forced an “out with the old” herd of beef genetics, and when the weather improved, “in with the new” which are more efficient and effective at growth and marbling potential. This would explain why we’re seeing a boon in beef quality that has never been observed before in the U.S.

COVID-19 has brought about uncertain times for everyone, but we need to continue to press on and do our best to maintain the high standards we hold ourselves to. Though we’re going to see much volatility in volume and pricing fluctuations, it is clear to me that people still want meat. When the runs on grocery stores happened prior to our social isolation measures, it wasn’t just toilet paper that was in short supply. People stocked up on meat. I believe the months of home confinement has ushered in a new customer base that is becoming more aware of meal preparation and appreciating all that goes into quality meat products. 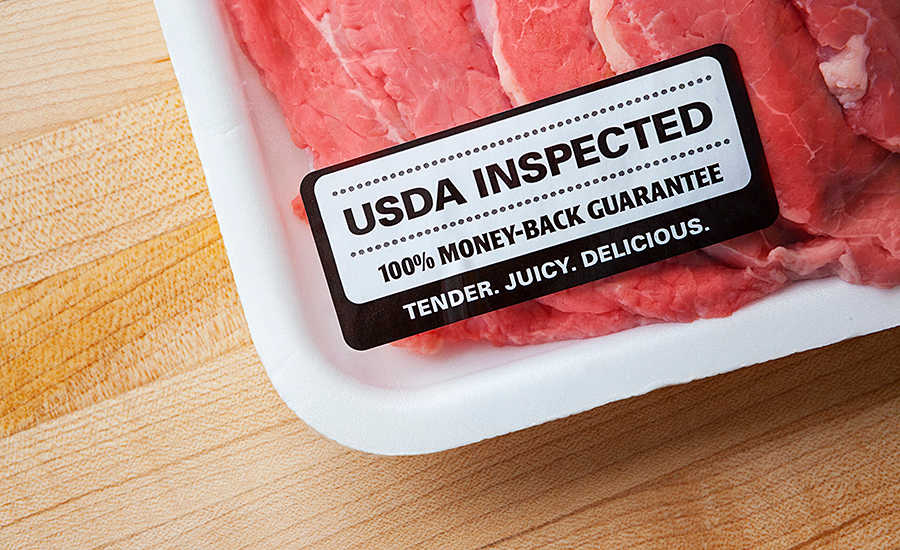 I don’t want to sound like an obnoxiously optimistic person who cannot be fazed by any obstacle — mostly because I’m not that person. But I thought it appropriate to bring a little positivity and perspective at a unique time in history. The meat business has been around for a long time. People continue to value and appreciate agricultural products. For my animal science students, this will be a time I can use to fortify my stance that agriculture will always have jobs. When many people were out of work or telecommuting, food production had been top of mind with our governmental leaders and farmers, ranchers and food processors were still hard at work while the world slowed down. Although not necessarily a lucrative and glorified occupation, agricultural and food production personnel should be proud of keeping the world fed. And here’s a silver lining: The world has been encouraged, now more than ever, to wash their hands — I was doing it before it was cool. NP

Dr. Phil Bass is an assistant professor in the department of Animal and Veterinary Science at the University of Idaho. For more information, contact him at pbass@uidaho.edu.