Hamburgers are a go-to favorite during unpredictable times.

It’s hard to imagine a product that has weathered COVID-19 restrictions better than hamburgers. America’s classic patty was already portable, comforting, and innovative. Now, new and bolder exotic flavors are bringing excitement to the burger category.

While burgers remain a core part of restaurant menus (46.9%), they have slightly declined over the past year on menus (-3%), although all menus shrank over the past year. “So, this is actually considered holding steady as compared to items in general,” says Claire Conaghan, associate director at Datassential, in Chicago. “Demand remains strong, as does innovation. We track new items and limited-time offers introduced by the top 150+ major chains; just in the past year, there were 169 new, returning, and limited-time-offer burgers.”

Although many operators streamlined menus at more extensive rates, burgers’ relatively flat change shows it hasn’t been affected as greatly during the pandemic as other categories. “The flat menu mentions also reflect the flat burger consumption change throughout 2020 into 2021, with 79% of consumers indicating in both Q1 2020 and Q1 2021 that they eat burgers at least once a month,” says Katie Belflower, associate editor at Technomic, a Winsight Company in Chicago, according to the Technomic 2021 Burger Consumer Trend Report.

Hamburgers are a go-to favorite during unpredictable times. “Burgers’ place as a familiar favorite among consumers certainly helps, but also, burgers were already poised for off-premise consumption, given many burger concepts already had drive-through or other takeout operations already in place, which potentially saved the category from more extensive menu cuts than others,” says Belflower, citing Technomic’s burger report. 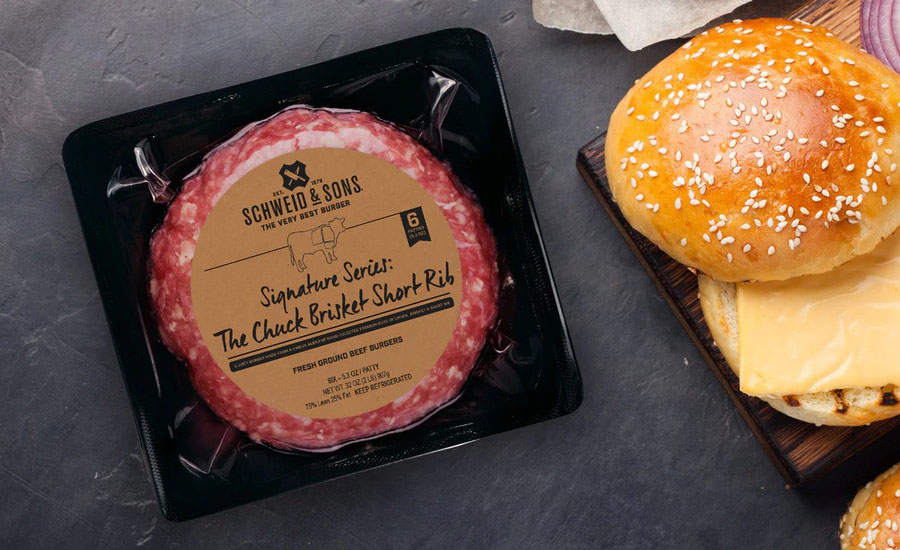 Burgers that call out specific cuts, such as this Schweid & Sons’ chuck, brisket, and short rib blend, are growing in popularity.

One of the fastest-moving trends is burgers based on alternative patties. “The hyper-processed products like Impossible and Beyond have gotten all of the press recently, but I think it’s very interesting to see operators like Culver’s create their own meat-free alternative based on whole ingredients,” says Maeve Webster, president of Menu Matters, in Arlington, Vt. “It speaks to consumers’ desire for greater transparency in foods, and Culver’s can stand behind that because they know exactly what’s in it.”

Expect more of this activity as operators look to create plant-based burgers that aren’t trying to mimic meat but rather create unique and compelling dining experiences, Webster says.

“Younger consumers are definitely looking to cut back on animal protein and to eat more plant-based products, but I think their demand for greater transparency, more sustainable options, and their interest in unique experiences will drive more operators to experiment with their own versions and unique, new varieties that tick more boxes for them and for their patrons,” says Webster. 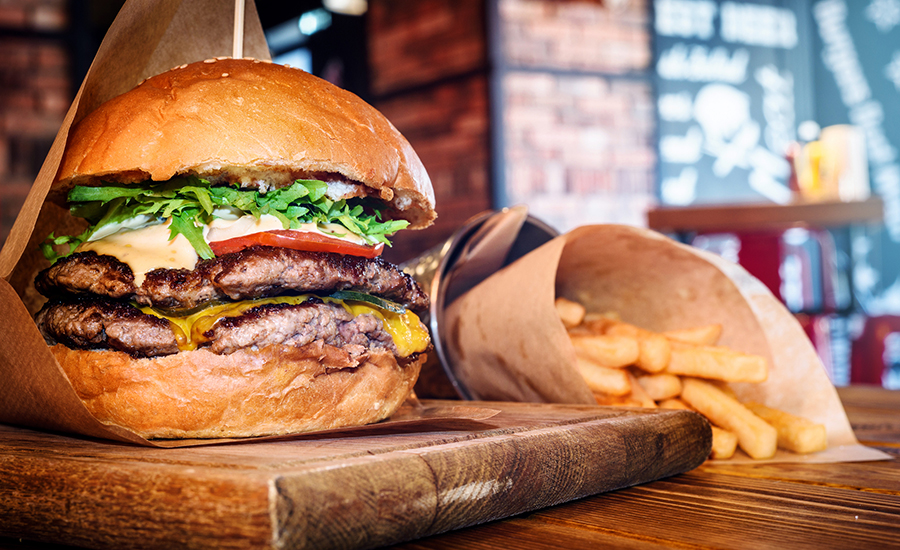 Putting extreme back in comfort foods

Burgers are so popular and ubiquitous that constant innovation is inevitable. “Operators want to make sure their burger options stand out and keep the category fresh for consumers who have, essentially, seen it all,” says Webster. Today, more operators embrace premium ingredients from protein to cheese, she notes.

Over the course of the pandemic, consumers have also seen a lot of extreme comfort foods, and burgers fall into that category. “This is taking many forms, including burgers featuring multiple patties (sometimes up to three or four) and melts such as mushroom melts or bacon melts spotlighting melted cheese on burgers,” says Belflower, referring to Technomic menu data. “Two of the fastest-growing flavors on burgers in the past year are chile peppers (+8.7%) and Thai flavors (+8.0%), showing an inclination toward bolder, more exotic flavors on burgers.”

Brunch and breakfast burgers continue to grow. “New to trends this year, we saw increases in the idea of French dip burgers and serving with a side of au jus or open face topped with au jus up 106% over the past year and now found on 1 percent of burger menus,” says Conaghan. “We continue to see growth of extreme toppings such as peanut butter and mac and cheese — both savory jams (tomato, bacon, etc.) and flavored bacons (jalapeno, for example).”

According to Conaghan, “the concept of specifying the meats used in house custom grind blends is growing,” as well. “In fact, 5% of burger menus now have at least one burger that calls out a blend, up 13% over the past year.”

The most common blends are brisket, short rib, and chuck, says Conaghan. “It also continues to be a trend to top burgers with even more protein such as pulled pork, brisket, even braised short ribs,” she says.

Innovation in the meat case is also driving retail sales. Most retailers are still seeing growth of 5% to 8%  in the fresh burger segment, says Anne-Marie Roerink, principal at 210 Analytics, LLC, in San Antonio.

“Overall, 2020 set such high records in all of meat, all of beef, all of ground beef, including patties, that further growth seemed unlikely for 2021,” Roerink says. “But when you dig deeper into the numbers, there are some areas that did manage to continue to grow, and value-added was one of those.”

From one week to another, Americans still had to cook more meals at home in 2021. After the initial excitement for scratch cooking, people are once again challenged for time and inspiration. “Many seek shortcuts for planning, shopping, cooking, and cleanup, and that’s where value-added meat comes in, including pre-formed patties in the meat case,” Roerink says.

Besides providing convenience, those who create burgers have been experimenting with a wide variety of interesting flavor profiles and ingredient inclusions. “People also like to shake up the menu and either feel that the butcher has the better expertise to create a premium burger than they can or don’t feel like buying all the ingredients,” Roerink says. “Blends allow retailers to bring in hip flavor trends. For instance, mushrooms are on just about every hot food trend list this year, and playing into that may drive an unplanned purchase.”

Blended burgers, such as with mushrooms and ground meat or a wider variety of blended vegetables, allow consumers to experiment with an ingredient they perceive as healthy.

“Meat still wins as the majority ingredient, typically around 70 percent, but by adding things like mushrooms, kale, carrots, etc., the vegetables give the burger a health halo boost,” says Roerink. “Additionally, many taste tests show that people actually prefer the taste and texture of some blended items, so there are added advantages there as well.”

Consumers are also seeing more blended protein items, particularly beef and pork. “We’re seeing more chicken, turkey and other smaller proteins get in on the game, and all these bring the variety that people are looking for,” Roerink says. 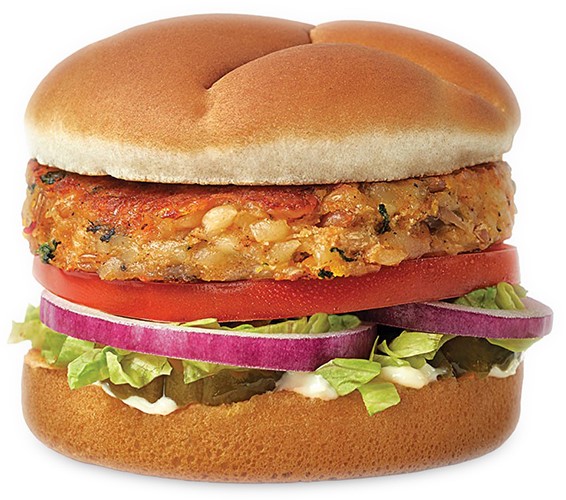 In addition, production claims are making inroads in the pre-formed burger segments, including grass-fed, organic, no-antibiotics-ever, etc. “With claims being important to the Millennial generation who are big burger fans, this is another area for future growth,” Roerink says.

Patty substitutes are the third-largest segment in plant-based meat alternatives, behind sausage substitutes and grinds, notes Roerink. They have a small, dedicated base but haven’t overtaken beef burgers in popularity.