The growth of better-burger fast-casual players has slowed, but burger love is not going anywhere.

Burgers are still very popular at restaurants, just not quite as popular. Instead, consumers are experimenting more with making quality hamburgers at home, revealing that foodservice has some work to do with adding interesting options back on the menu.

It seems counterintuitive that burgers are getting a little complacent, with the recent over-the-top  launches of the past few years like Eli’s Donut Burger, Umami Burger’s Pastrami-Mami Burger with kombu relish and pastrami and Flip’s Steak Tartare Burger. But the growth of food delivery services such as Blue Apron and Hello Fresh and take-out at premium grocery stores allows consumers to create a restaurant-quality burger at home.

“While overall burger consumption remains high, it is down slightly from 2015 and even more so from 2013 as menu prices tick higher, health concerns rise, burger chains improve their chicken offerings and emerging fast casuals steal share with more novel fare,” says Lizzy Freier, managing editor at Technomic, a Winsight Company, based in Chicago. “Further, the percentage of burgers consumed at home is up slightly from 2013, showing a particular need for improved value and innovation at foodservice.”

The numbers show that 56 percent of burger lovers consume burgers once a week compared with 68 percent in 2013, notes Deborah Socha, marketing manager of Cargill value added protein, in Wichita, Kan.

“Ninety-nine percent of Americans who have consumed a burger report either liking or loving it,” says Socha.

But consumer tastes and behaviors are changing. “Sixty-three percent of consumers reported wanting ‘something more than traditional,’” says Socha; “however, 59 percent of those same respondents suggested that they liked traditional burgers too.”

When burgers cost the same as an expensive entree, it’s natural for diners to experiment with other options. Burger prices have steadily risen from 2013 to 2017 (up 15.2 percent) across the entire foodservice sector, Socha says.

So, the growth of better-burger fast-casual players has slowed, but the love for a burger is not going anywhere.

“Burgers are a classic,” says Claire Conaghan, senior account manager at Datassential, based in Chicago. “In Datassential’s FLAVOR database, 56 percent of consumers say they love burgers with another 30 percent liking burgers. Burgers are often one of the least expensive items on an upscale menu and can be the perfect platform for introducing new flavors as the familiar format makes people more adventurous with toppings.”

Moving away from meat

Restaurants are still at the forefront of new trends and flavors.

Globally inspired burgers are also trending — nearly half of consumers ages 18 to 34 (48 percent) say they find ethnic or themed burgers appealing, she says.

“Next-level veggie burgers are kind of on the horizon,” Freier says. “Plant-based veggie burgers — from the Beyond Burger and Impossible Burger companies especially — have been all the rage this past year at burger chains. But look for more cauliflower, squash and jackfruit burgers.”

Burger eaters prefer veggies? It’s apparently due to their improved taste. Burgers from major chains made with plant-based patties are performing extremely well with consumers on both purchase intent and uniqueness, Conaghan says.

“Plant-based used to mean a typical veggie burger that had little in common with a beef burger, but now with innovations in plant-based offerings many restaurants are starting to offer plant-based burgers that can trick even the most meat-loving consumer into thinking they are having meat,” Conaghan says. 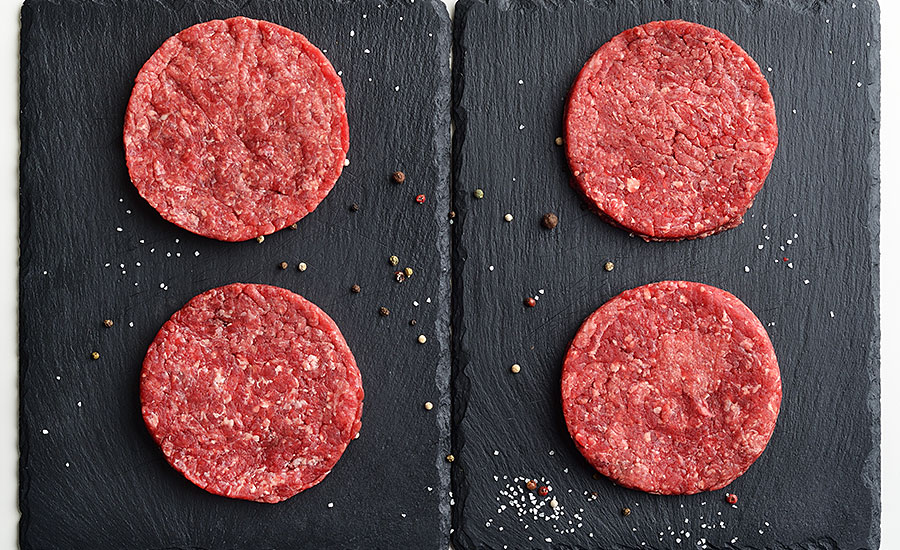 Fatburger, for example, added the Impossible Burger in October 2017, and TGI Fridays introduced the Beyond Burger in September 2017 that fit with this trend.

“Sonic Drive-In introduced the Sonic Slinger in August 2017 that is a beef patty blended with mushrooms that also hints at this trend toward integrating more plant-based foods into diets, even within burgers,” Conaghan says.

As lab-grown meat becomes more mainstream, it should cause a similar ripple effect in the burger market, she says.

Regardless of whether the meat is, well, meat or veggies, consumers want high-quality ingredients.

In addition, to improve their meal experience, consumers are less likely to use the take-out option anymore. “The main reason for this is that consumers report quality and taste greatly decline as a burger is transported from the restaurant to home,” Socha says.

Instead, why leave home? Half of burger lovers say they prepare burgers at home at least once a week, according to Cargill’s Proprietary Fresh Patty Research conducted in February 2017, Socha says.

In their own kitchens, 68 percent said they create meals that allow them to show their creativity and 56 percent try to copy restaurant recipes.

“Further research indicates that these consumers are more likely to expect premium offerings and are equally as likely to pay more for them,” says Socha. “The only caveat to this research is that they are more likely to want to experience the preparation of the meals themselves as opposed to consuming the meal in a restaurant.”

“All of these insights highlight a fantastic opportunity for retailers today, as burger aficionados want to be able to create restaurant quality products and consume them in their own homes,” Socha says.

How can foodservice top cauliflower burgers, breakfast options and ethnic-themed choices? The answer is — more beef?

Some restaurants are experimenting with using more exotic types of meat but in a traditional format, offering more creative toppings and sourcing healthier meat.

Beef remains the most preferred protein for burger patties, but this preference is down slightly from 2015 as more healthful alternatives are trending, Freier says.

“The rise of healthful burger proteins will impact preferences for other meal components,” Freier says. “For instance, healthier sides tend to be more appealing for poultry and veggie burgers than beef burgers. Expect this attitude to increasingly impact preferences throughout the meal.”

Consumers certainly don’t want to sacrifice taste when ordering a burger, but many consumers have an interest in reducing red meat, which is driving interest in plant-based proteins.

“From a protein perspective, chorizo is now found on 1 percent of burger menus, up 129 percent vs. four years ago,” says Conaghan. “Chorizo is being blended with regular beef as a patty and atop a beef patty in a more extreme offering.”

Brisket is also growing, up 121 percent vs. four years ago and found on nearly 3 percent of burger menus.

“Grass-fed beef, bison meat and lamb continue to experience growth for patties,” says Conaghan. “The trend toward topping patties with more meat is also not slowing, with pulled pork and a number of flavored bacons that are continuing to grow.” 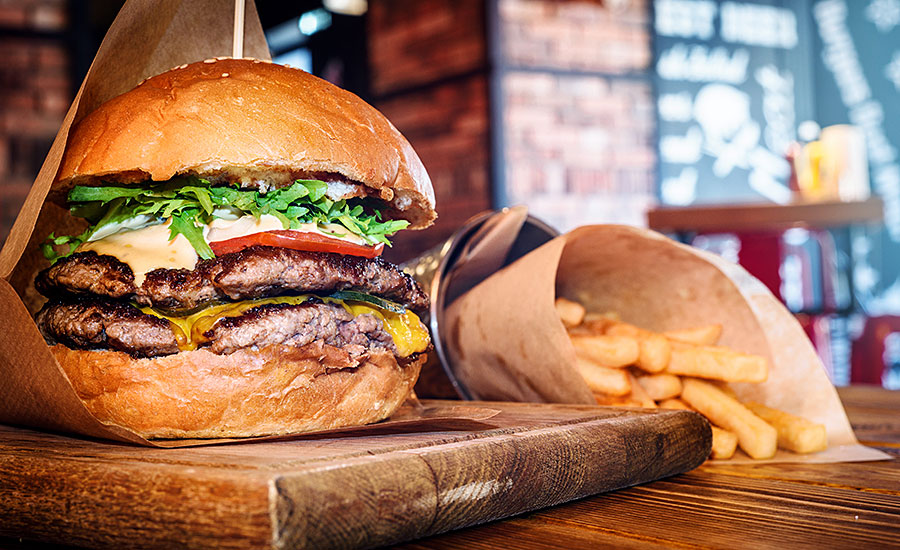 “As also noted before, burgers are a place where people either want to stick to the classics or very much the opposite and are looking for unique sauces and toppings to let them feel adventurous while not leaving their comfort zone too much,” Conaghan says.

That can be a tough line to straddle. Some new burgers feature kale, Sriracha, sunny-side-up eggs, bacon jam, macaroni and cheese (as a topping), pickled onions and smoked Gouda, says Conaghan.

According to Mintel’s State of the Burger — US April 2016 report, consumers have come to expect choices on restaurant menus. As long as they can choose their own cheeses, buns and sauces, they will reward restaurants that take a risk with innovative burgers. So foodservice shouldn’t fear experimenting with ethnic toppings such chutney and guacamole, protein toppings and using ultra-premium beef with their burgers.

They should worry more about getting stuck in a rut. NP

One person killed in stabbing at pork plant

Check out the February 2021 edition of The National Provisioner, featuring the 2021 Seafood Report, Meat Science Review, freezing and chilling technologies, packaging trends and much more!