With a new name to reflect its growth as a food marketer, the company remains true to its ham-curing roots as it expands into new products and market regions.

Capping its recent sales growth, market-expanding acquisitions, and implementation of product-enhancing processing and food safety protocols, Burgers’ Smokehouse has implemented another particularly high-profile change — this time, to the company’s name.

Steven Burger’s grandfather, E.M. Burger, learned the craft of curing meat from his mother, Hulda. Using the family recipe she brought over from Germany in late 1800s, he rubbed country hams in a dry-cure mixture. The pursuit of some extra income back in the 1920s through the 1940s grew into a small business by the early 1950s. In 1952, E.M. Burger built a one-room building on the farm that the main plant sits on for curing country ham. That became the beginning of the modern company. While the product line has diversified, country ham still accounts for about half of Burger Specialty Foods’ business.

“We are now the largest producer of country ham in the nation,” Burger said. 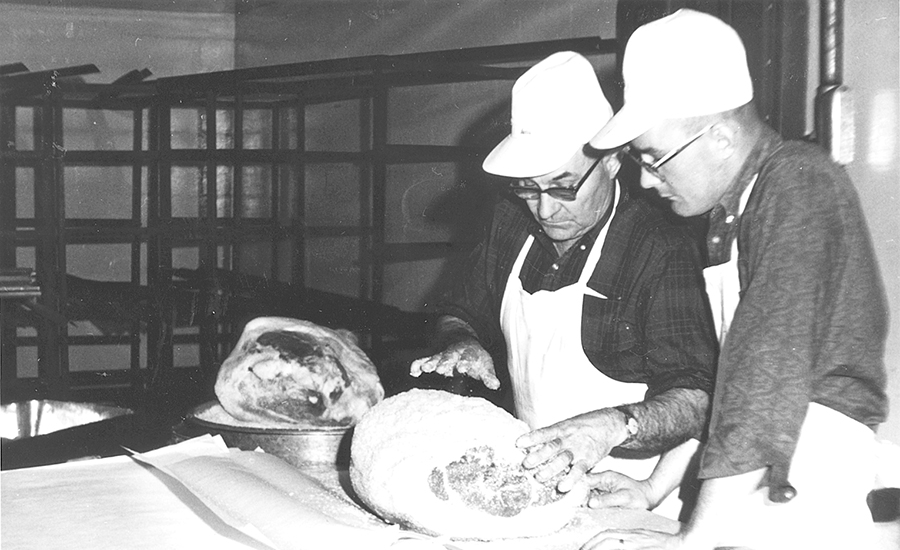 In addition to its original site in California, Mo., Burger Specialty Foods has also facilities in Springfield, Mo., Burger said, where the company leases an underground facility employing around 30 workers who primarily handle foodservice portion control. Through recent acquisitions, Burger Specialty Foods now has facilities in Tennessee, Kentucky and North Carolina, employing around 450 workers at its various locations.

Eighty-five percent of the Burger Specialty Foods’ business is divided between retail and foodservice at about a 50/50 split, Senior Vice President of Sales and Marketing Carl Hermreck said. Direct-to-consumer sales through the company’s website and direct-mail catalog orders account for about 15% of the company’s business.

Burger Specialty Foods sources meat from strategic suppliers, and true to its roots as a ham-curing operation, its products remain predominantly pork based.

“I would say 80% of the protein that we produce will be pork,” Hermreck said.

Cooked products make up close to half of the company’s offerings, he said. Burger Specialty Foods’ full line of products includes smoked, dry-cured, and brine-cured meats and other specialty foods: 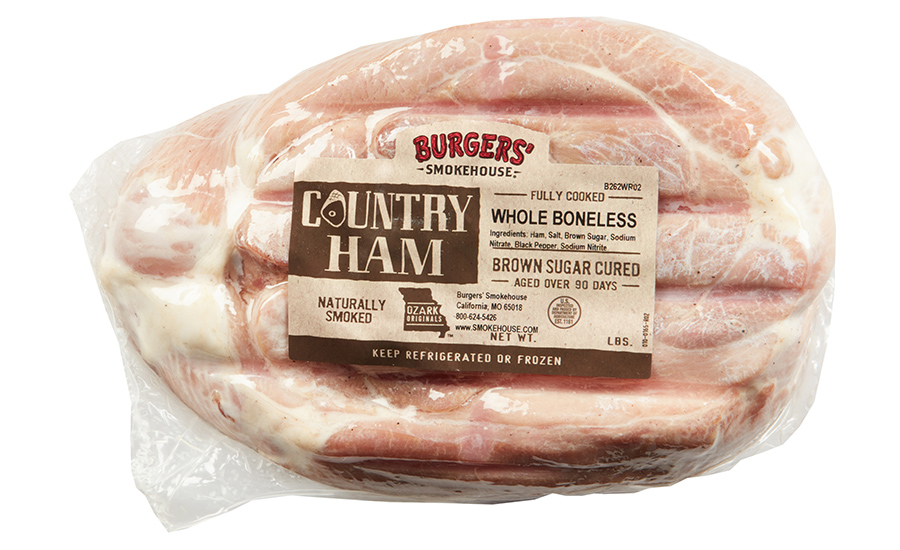 Building off its strength and success as a meat company, Burger Specialty Foods also offers complementary products — while being mindful of playing to the company’s proven strength.

“I think as a manufacturer, you can say we’re virtually 100% meat protein.” Burger said. “When I say meat, I’m including poultry in that. On the mail-order side, Burger’s catalog has a full complement of items, some of which aren’t meat protein, but we don’t manufacture a lot of those.”

“There are all kinds of different products that we’re trying to explore and joining other things together with our beans with meat offerings,” he said.

Through processing innovation, Burger Specialty Foods has found new opportunities for leveraging its core strengths when developing products and markets.

“We’re always looking for new and innovative products,” Hermreck said. “I still think we’ve got a way to go on exploiting dry-cured bacon, for example. We believe our product is great in every way versus an injected belly or dry-kill process. I think as people eat that and experience that taste, that bite, there’s going to be more demand.”

High pressure processing has gained a lot of favor with meat processors as a food safety intervention and shelf life extender. Burger Specialty Foods installed its first HPP machine in 2014.

“2015 is when we began using it for wide-scale commercial production,” Burger said. “The primary rationale, clearly far and away with HPP, is that it provides an insurance policy against a potential for a crippling recall. That’s kind of the umbrella over which all the other benefits reside.”

Those other benefits of using HPP include a higher level of quality extending deeper into the product’s shelf life. Burger said that because HPP-treated products are microbiologically clean, they don’t tend to experience gradual diminishment of quality as the product goes through its shelf life. HPP use also reduces the need for additives that can affect flavor.

Burger added that some customers want to have that extra layer of protection that chemical inhibitors can provide.

“Whether it’s in the back of a restaurant, grocery store, or a deli, there’s the potential for recontamination at those points,” he said. “If you’ve got that little chemical kicker on the backside there, you can get a little protection after the package is opened.”

For the past few years, Burger Specialty Foods has tuned to targeted acquisitions as part of its business expansion plans. That growth has taken the company into new geographic markets.

“Each of these acquired brands has regional profiles that appeal to us,” Hermreck said. “We want to continue to explore those opportunities and market those brands regionally.”

The first of Burger Specialty Foods’ recent acquisitions took place in February 2019 when the company acquired Clifty Farms Country Meats, based in Paris, Tenn., and also with a branch in Scottsville, Ky.

“It was a family-owned business like Burger, which focused a lot on the same product lines like country ham, and they had some other country-style cured meat,” Hermreck said. “That was a very nice fit.”

That acquisition was followed by the purchase of another country ham business, Hobe’s Country Ham, in North Wilkesboro, N.C., in January 2020, Hermreck said.

“It fit what we were trying to do as we were growing our country ham business,” he said. “We wanted into those regions too. We were missing a few retailers that featured country ham, and it just added to our portfolio, both retail and foodservice.”

The most recent acquisition is the Edwards Virginia Smokehouse brand in September 2021.

“I call it an ultra-premium brand offering: old-fashioned techniques, great-tasting food, aged to perfection and handcrafted,” Hermreck said. “They’re still country ham-based but have a smoked ham offering as well. Salted and dry-cured bacon as well.”

When Burger Specialty Foods acquired Edwards Virginia Smokehouse, the company found itself becoming involved in a historic renovation of the smokehouse at George Washington’s estate, Mount Vernon, in Virginia.

The historic smokehouse, which dates to the mid-1770s, is undergoing restoration as part of larger renovation and maintenance efforts at Mount Vernon. The smokehouse project is scheduled for completion in November 2022.

“As I was looking at the smokehouses they were renovating, it was reminiscent of the way my grandfather cured on the farm in the first half of the 20th century,” Burger said. “I felt an obligation or at least a draw toward this project because if someone like ourselves won’t help preserve the heritage of this type of product, then who will? We stepped forward and donated to allow for the renovation.”

Burger Specialty Foods’ involvement in the renovation project has opened up the potential for some innovative marketing tie-ins, including having the company’s ham on the menu at Mount Vernon.

“The folks at Mount Vernon have just bent over backward to provide us with a lot of marketing opportunities,” Burger said. “We’re going to attach a social media campaign to that project. We’re also going to be selling the Edwards Ham in their gift shop and restaurant. We’re going to do interesting things — like a country ham and whiskey pairing is coming up. There’s a private event that’s being planned. There are other co-marketing opportunities that we’re hoping to explore.”