The ties that bind: Gluten-free gums

As gums and hydrocolloids become gluten free, the focus on product texture, moisture and taste increases. 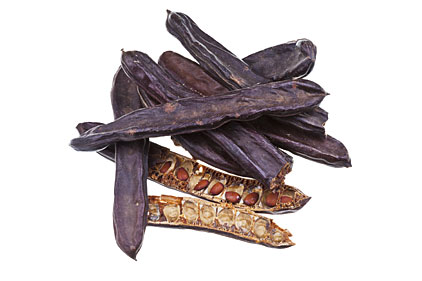 How does meat become gluten-free exactly?

As interest in gluten-free (and low-fat) products continues, processors are experimenting with new gluten-free applications such as guar, locust bean and xanthan gums for the gums and hydrocolloids that bind meat products together.

“Gums and hydrocolloids can be used effectively instead of glutaminase to adhere the meat emulsions and create the same texture,” says Shelke.

They can also help with the taste and texture of “healthier for you’” low-fat products and aid satiation.

Sometimes standard or modified cellulose gums and maltodextrins (both corn- and tapioca-based) are used forgluten-free binders, but not quite as often.

“These ingredients can be more susceptible to commodity market price swings, as seen recently with guar gum,” says Matt Gennrich, research food technologist at Cargill, in Minneapolis. “The cost of guar spiked because of its use in the frac/sand-mining industry — though the price has dropped in recent months.”

In the last year, cost has been a key component of all gluten-free and clean-label food reformulations. “Fortunately, many gums and hydrocolloids are cost effective because a little bit goes a long way,” says Shelke.

Notable synergies can be obtained with hydrocolloids, with combinations of guar/xanthan and locust bean/xanthan gums showing increased benefits, compared with using the ingredients individually, says Gennrich.

Taste (and texture) is also still top of mind with consumers. Product texture can certainly be a measure of freshness and value.

“The Holy Grail for freshly made multi-ingredient sausages is to provide a cohesive chewy sausage without any of the moisture seeping out during storage (when it might be mistaken for being spoilt) or during cooking (when shrinkage or loss can be disappointing to consumers),” says Shelke.

Gums and hydrocolloids help retain those qualities for as much as two to three weeks without moisture migration in the refrigerator aisle, she says.

“Consider the problem of replacing the structure that gluten gives to formed meats such as meat loaf, patties and sausages when trying to make them gluten free,” says Shelke. “Gums can mimic some of the functions of gluten and prevent the gluten-free protein foods from falling apart and losing their moisture or familiar chewy texture.”

“The wheat/gluten alternates used in gluten-free formulations can often dry out the finished products,” she says. “And gums or hydrocolloid systems, if formulated properly, can help manage moisture content and therefore, the eating experience of that product.”