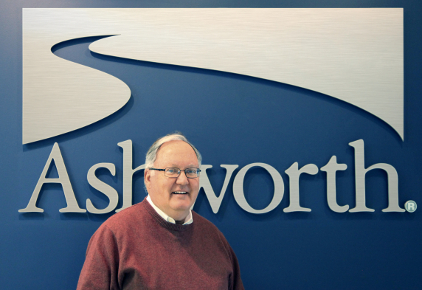 Conveyor belt manufacturer Ashworth Bros. Inc. announced that Marty Tabaka, Sales Director of the Americas, after 31 years with Ashworth has decided to retire.

Marty Tabaka is a graduate of Bowling Green University. Marty’s tenure began with Ashworth in December 1982 as an Outside Salesperson. He progressed through the sales organization in managing the state of New York, then the New England sales region. In 1994, he was promoted to Eastern Regional Manager and a year later relocated his family from New Jersey to Ashworth’s offices in Winchester, VA. In 2006, Marty was promoted to his current position of Sales Director of the Americas.

Throughout his impressive career, Marty has built a reputation for developing strong customer relationships. He has become widely known and respected throughout the industry for his integrity, knowledge, and professionalism.

“Marty is a true salesman and has been a very important leader of Ashworth’s sales division, assisting us as we grew to be the company that we are today,” said Joe Lackner, Vice President. “We will miss his insight, experience, judgment, loyalty, and most of all his friendship.”

Everyone at Ashworth wishes Marty a long, happy and healthy retirement, enjoying time with his grandchildren, family and friends.

Hormel foods announces retirement of Jeffrey M. Ettinger as Chairman of the Board

The 10 Principles of Food Industry Sustainability