Attempting to capitalize on the inherent quality variation of the beef population to add carcass value.

Several studies have shown consumer overall acceptability was more highly correlated with flavor ratings than tenderness or juiciness, regardless of tenderness variation (Neely et al., 1998; O’Quinn et al., 2012; Thompson, 2004). Given these results, research was needed to determine whether similar beef flavor trends would be observed in muscles other than the longissimus lumborum (strip or ribeye steaks).

Until recently, the chuck had traditionally been marketed as low-priced roasts or ground beef; however, following muscle profiling work of the beef chuck and round that identified uses for muscles such as the teres major (petite tender) and infraspinatus (flat iron), the wholesale value of the chuck has increased, thus enhancing the overall value of a beef carcass (Von Seggern, Calkins, Johnson, Brickler and Gwartney, 2005).

Moreover, the top sirloin has been associated with inconsistencies in palatability, particularly in tenderness (Harris, Miller, Savell, Cross and Ringer, 1992; Neely et al., 1998), which is why increased usage of mechanical tenderization has been explored in the last decade.

Moreover, viable steak alternatives for foodservice establishments may be discovered. 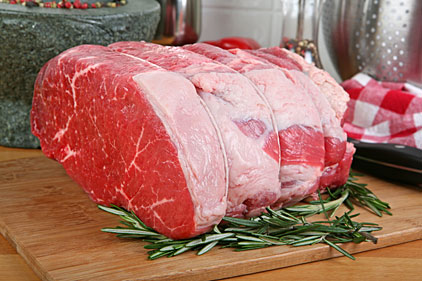 We believed increased intramuscular fat (IMF) associated with the higher quality grade muscles (Top Choice) would increase flavor and consumer preference (overall liking) and could compensate for reduced tenderness in steaks from underutilized muscles in the chuck, sirloin and round.

Generally, tenderness, flavor and overall liking scores were more desirable for Top Choice compared with Select, regardless of muscle. Consumers rated LL as more tender (P < 0.05) than SV and SM, but similar to GM (P = 0.52). Overall and flavor acceptability were similar (P > 0.05) between LL, GM and SV, regardless of quality grade. All three palatability traits were highly correlated to overall liking (r = 0.56-0.88) for each muscle.