This website requires certain cookies to work and uses other cookies to help you have the best experience. By visiting this website, certain cookies have already been set, which you may delete and block. By closing this message or continuing to use our site, you agree to the use of cookies. Visit our updated privacy and cookie policy to learn more.
Home » Meat Industry Hall of Fame welcomes six new inductees
Meat and Poultry Industry News
Independent Processor's Prime Cuts

The Meat Industry Hall of Fame has announced its six new members for the Class of 2019. They will be formally welcomed into the Hall during the induction ceremony, which will take place on January 27, 2020 at the OMNI Hotel/CNN Center in Atlanta, Ga. 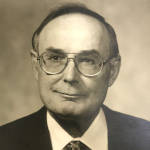 The country ham sector is an important niche in the U.S. ham market, and Burgers’ Smokehouse of California, Mo., is the leader of the field. Morris Burger has played an indispensable role in the company’s success, and his dedication to quality and willingness to give back to his community has benefited the entire meat industry. He has been involved in the company from a very early age, selling country hams out of the trunk of his car during his summer vacations from school. As the second generation of family owner/operators, Morris guided the business with an eye toward quality, consistent products and innovative business ideas. Through his efforts, Burgers’ Smokehouse has the third and fourth generations in place, and the company is well-positioned for future growth. 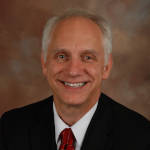 Dr. Chris Calkins is a Meat Science Professor at the University of Nebraska. A faculty member at the age of 25, Dr. Calkins has spent nearly 40 years in the meat science field. He was one of the leaders of the beef muscle profiling project. Dr. Calkins evaluated more than 5,500 muscle samples in the beef carcass, looking for untapped potential in beef cuts usually used for ground beef or roasts. Results provided comprehensive information about the muscles of the beef chuck and round. “We identified their potential and called the industry’s attention to muscles that are undervalued,” Calkins said. The flat iron steak is perhaps the best-known outcome of this muscle profiling research and much broader National Cattlemen’s Beef Association efforts to introduce new beef products. 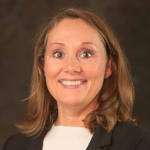 Dr. Kerri B. Gehring is a professor in the meat science section of the Department of Animal Science and president and CEO of the International HACCP Alliance. She has been actively involved with the HACCP Alliance since it was formed in March 1994, and has contributed to the growth and accomplishments of the Alliance. Prior to becoming the president and CEO of the HACCP Alliance, Gehring served as associate director and helped standardize HACCP training programs, assisted with the development of the train-the-trainer course and the accreditation program for HACCP training providers. Dr. Gehring has conducted multiple research projects evaluating various post-harvest antimicrobial interventions to reduce the presence of pathogenic microorganisms, such as E. coli O157:H7 and Salmonella, on the surface of meat products. 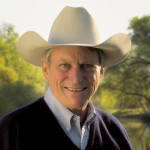 Harris Farms, Inc. was founded by John Harris’ parents, Jack and Teresa in 1937. At that time, it was largely a dryland row-crop, cereal-grains, and cattle-grazing operation. In the next 8 decades, its farming, ranching, processing, and hospitality operations expanded to several thousand acres. Upon taking on the role of overseeing the family business, John Harris purchased and revitalized a nearby packing plant (to have a place to send his market-ready cattle) and expanded his feedyard. Over the years, Harris Ranch has pioneered several innovations in the beef industry, including creating one of the first branded beef programs in 1982, launching a line of fresh and frozen ground beef products in 1995 and pioneering the development of heat-and-serve beef entrees in 2000. Harris Farms sold its beef operations to Central Valley Meat Co. in April 2019. 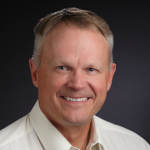 Robert Rebholtz is the President and CEO of Agri Beef, headquartered in Boise, Idaho. He manages and directs the strategic vision for the company his father founded. As the company grew from its livestock production base in Idaho into a major beef slaughter and fabrication through acquisition and merger, Robert ensured that it maintained the highest standards for livestock and meat processing and ensured that it continued to command respect in the Pacific Northwest where it was based, with its major facility in Toppenish, WA. In addition, Robert served on the Board of Directors and as president of the National Meat Association, and was Chair of the National Cattlemen’s Beef Association’s Long Range Planning Committee. 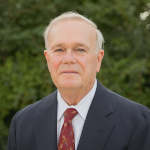 Dr. Tompkin received his Ph.D. in microbiology from Ohio State University in 1963 and started as a research microbiologist with Swift & Company in 1964. He became Chief Microbiologist in 1966 and retained that position until 1993 when he was promoted to Vice President Product Safety for ConAgra Refrigerated Foods. He and his colleagues investigated how to control pathogens in a wide variety of foods and food processing environments, new processing technologies, the use of additives to improve food safety and the role of sodium nitrite in controlling Clostridium botulinum. From 1987 until his retirement approximately 70% of his time was devoted to managing Listeria in ready-to-eat food operations. During that time the company grew to include over 200 packaging lines for ready-to-eat meat and poultry products in more than 25 plants. A significant portion of his time involved sharing best practices with others in industry, government and academia.

You are invited to the Meat Industry Hall of Fame Dinner and Awards Ceremony, an industry-wide celebration that recognizes top members of the meat, poultry and livestock industries. Co-located with International Production & Processing Expo (IPPE), this social event is the perfect way to kick off your week in Atlanta.

Register Today to join us in honoring the Class of 2019!

The Meat Industry Hall of Fame announces Class of 2018 inductees