This website requires certain cookies to work and uses other cookies to help you have the best experience. By visiting this website, certain cookies have already been set, which you may delete and block. By closing this message or continuing to use our site, you agree to the use of cookies. Visit our updated privacy and cookie policy to learn more.
Home » The Meat Industry Hall of Fame inducts the Class of 2020
Meat and Poultry Industry News

The Meat Industry Hall of Fame inducts the Class of 2020

The Meat Industry Hall of Fame is proud to welcome its Class of 2020 inductees. Though there was no dinner this year due to COVID restrictions, each inductee spoke with National Provisioner Editor-in-Chief Andy Hanacek to talk about their experiences in the industry. 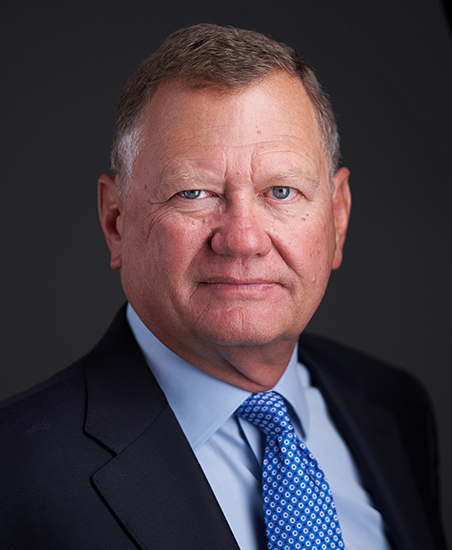 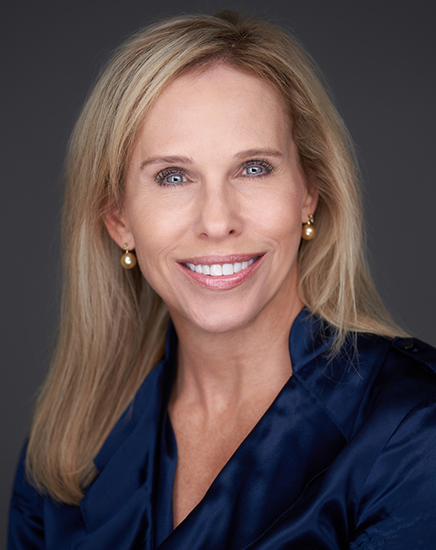 Gina and John Bellinger established Food Safety Net Services (FSNS) in 1994, which has since grown to 19 laboratories with a team of more than 700 incredible people in North America. FSNS provides a network of services that include microbiology, chemistry, auditing, research, and education with a significant amount of business with beef, pork, and poultry.

Gina received her B.S. in Microbiology from Texas A&M University in 1989 and currently serves as President of FSNS. John also attended Texas A&M University, having received a B.S. in Agricultural Education in 1976 and a M.S. in Animal Science in 1978. He currently serves as CEO of FSNS. FSNS is a Strategic Partner of NAMI as well as active members and supporters of the American Meat Science Association.

John and Gina are blessed with two children: a son, Jack, who is a double major in animal science/chemistry; and a daughter, Lauren, who is a business major. Both children attend Texas A&M University. 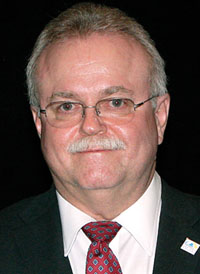 John Butts obtained his B.S. in Animal Science and M.S in Food Science at Kansas State University. He completed his Ph.D. in Food Science at Purdue University in 1974. Following, he joined Land O’Frost, Inc., where he became the Vice President of Research with responsibilities for technical and regulatory guidance, product development, process improvement, quality assurance, packaging, and all aspects of food safety, HACCP, and pathogen intervention / control programs for over 40 years.

He was a major contributor to numerous technical documents that set the foundation for control of Listeria monocytogenes and advocated for food safety protocols to not become a competitive advantage for some companies. Dr. Butts and two colleagues co-authored a peer-reviewed manuscript on the “Seek and Destroy Process,” which has become the referenced standard used across all food industries, not just meat. His contributions, while significant to the U.S. meat industry, are better measured by his significant impact on the global food industry. 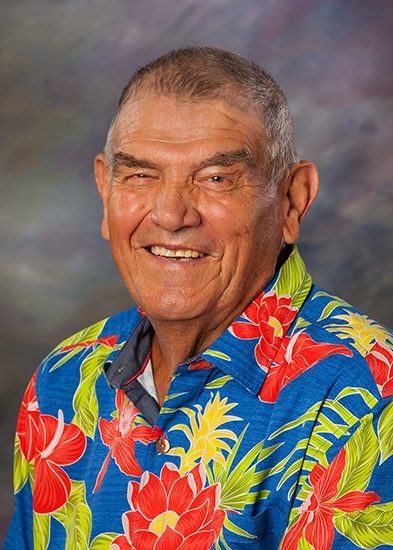 Gary Crane, owner of Ralph’s Packing Co. in Perkins, Okla., is one of the most acclaimed member companies of the American Association of Meat Processors (AAMP). He grew up in his father’s meat business that was founded in 1959 and took over ownership in 1980.

He began entering cured meats competitions, and the company has won dozens of awards from state, national and international competitions. He decided that the company should focus on further-processed products and shut down the company’s slaughterhouse in 2014. Since then, the company’s business has grown so much that it became federally inspected in 2019 to accommodate the needs of its retail customers. It has expanded sales of its renowned jerky products across the country.

In 2000, Gary was inducted into the AAMP’s Cured Meats Hall of Fame. In 2009, he received AAMP’s Achievement Award, the organization’s highest honor recognizing the honoree’s contributions to the meat and poultry industry. 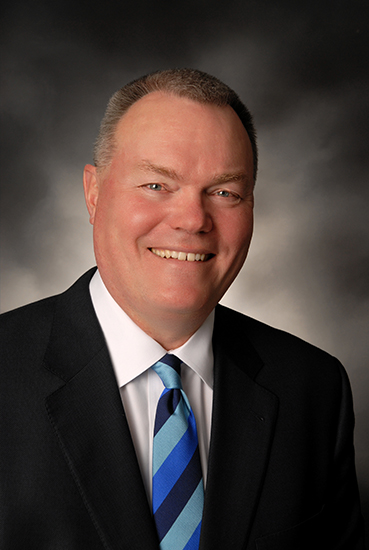 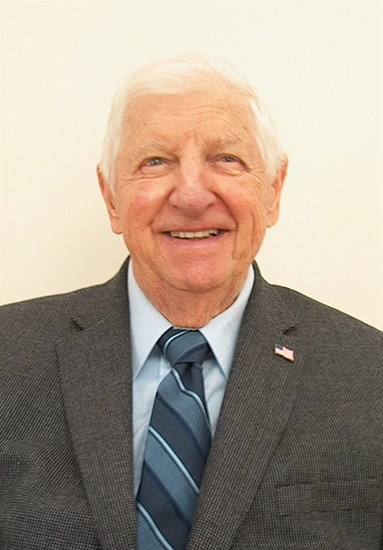 Anthony W. Kotula, Ph.D. served in the Agricultural Research Service of USDA in Beltsville, MD, for 38 years to seek solutions that improved the quality and safety of meat and poultry. He formed the "Meat Science Research Laboratory" and they provided research results that became Standards for Quality and Yield Grades of beef, and standards for other animals, the thermal death curves (heat and cold) for parasites Trichinella spiralis and Toxoplasma gondii, the nutrient composition of meat species for the USDA Handbook No. 8, methods to control microorganisms, including the research that enables the use of chlorinated water on carcasses in plants, and operational changes in poultry and meat facilities resulting in changes in the Code of Federal Regulations. Dr. Kotula emphasized research with Impact – Practical applications: in other words, original research, carefully selected, to solve vexing problems of the industry.

Dr. Kotula is a graduate of the University of Massachusetts, B.S. (1951) and M.S. (1954), and the University of Maryland, Ph.D. (1965), and was a First Lieutenant in the U.S. Air Force serving as the Squadron Supply Officer of the 15th Tactical Reconnaissance Squadron, stationed at Kimpo Air Base in South Korea during the Korean War (between his B.S. and M.S.). 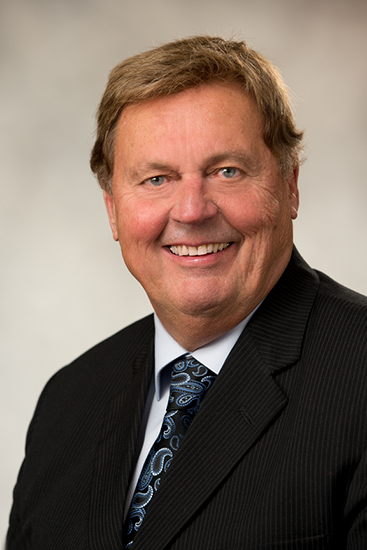 Jack Link grew up working the family ranch and butcher shop. In the early 1980s, while out hunting with his sons, Jack made a stop a local store and bought some jerky. He didn’t like what he tasted and knew he could make it better. So Jack turned to his old family recipes and made his first product, Jack Link’s Kippered Beef Steak. His holistic upbringing in the meat industry, coupled with his entrepreneurial spirit, set the stage for Jack to take a simple moment of inspiration and turn it into an iconic brand and global business, one that would never sacrifice quality or safety in the food he sold or for the people who made it.

As the business grew and new plants and offices were developed across the Midwest, Link expanded his commitment to education in every community in which the company operated. Over the past decade, Jack Link’s Protein Snacks has raised more than $1 million in support of education in hometown communities. 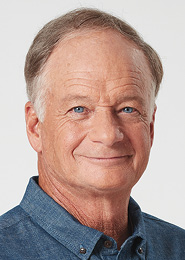 Jim Perdue has been the Chairman and advertising spokesperson of Perdue Farms since 1991. As the third-generation leader of the company founded by his grandfather in 1920, Jim is responsible for ensuring the company stays true to its vision and values and has guided Perdue Farms to become a leader in workplace safety, associate health, and animal care.

Under Jim’s leadership, Perdue Foods has grown from an East Coast-centered label of premium fresh chicken to a national roster of premium protein brands, which includes turkey, pork, beef, and lamb, and Perdue AgriBusiness from a regional grain and oilseed business to a multi-faceted international player.

Jim holds multiple degrees and is a member of the board of the National Chicken Council. He is active in the local community, serving on the boards of the Oyster Recovery Partnership and the Handy Seafood Company, and participating in the Salisbury University’s Perdue School of Business Entrepreneur Program.

The Meat Industry Hall of Fame inducts the Class of 2015

The Meat Industry Hall of Fame announces the Class of 2017