Deer hunting is a serious business. For dedicated hunters, it’s also a passion, a tradition, an opportunity for bonding with family and friends. But nobody wants to drop off their deer with a processor that will deliver a batch of substandard venison cuts or bland snack sticks. Nobody wants to send their 10-point buck for mounting and get back something that looks like a candidate for a bad taxidermy meme.

A good deer processor is a must-have, and so is a good taxidermist. Hunters in South Carolina, then, are lucky to have access to both – in the same shop. Cordray’s, based in Ravenel, S.C.,  has been the go-to deer processing stop for local hunters for years. Over the last couple of years, the company has continued to diversify, adding beef processing, a growing line of smoked products like hams and summer sausage, and the taxidermy business that works on everything from deer to alligator. Expansions and growth have become a routine experience for owner-operators Michael Cordray and his wife, Claudia. A recent grant from the government to complete some long-awaited projects should bring the business to a new level.

The building where Cordray’s operates today, or at least a part of it, started off as a 3-bay, dirt-floor garage. A country store in the front has a fresh meat case for steaks and bacon, a few freezers filled with everything from beef patties to alligator sausages, and a variety of leather belts, alligator-skin purses, and other goods that come from the taxidermy businesses. The processing area in the back of the building has multiple coolers, a couple of smokehouses, a state-of-the-art packaging area, and rooms that can be utilized in a variety of ways, depending on the season. Versatility is key when your operating schedule varies between “deer season” and “everything else.”

“We don’t do a tremendous amount of inspected product during deer season,” Cordray explains. “We just physically can’t get it done. We don’t kill cattle during deer season. We will come in first thing in the morning and jump on the hams and the inspected product, and get that done and out of the way. But we will do most of our bacon during the summer and put it in the freezer.”

Deer season in South Carolina starts on August 15 and goes through the end of the year. This past summer, the company was processing 250 to 300 deer a week during the height of the season, and there were eight employees working solely at cutting deer. Though the company employs more than 30 people, Cordray says that number includes some who work part-time a couple of days a week. Ideally, he would like to have 16 full-time employees, but that hasn’t been achievable in today’s labor environment. 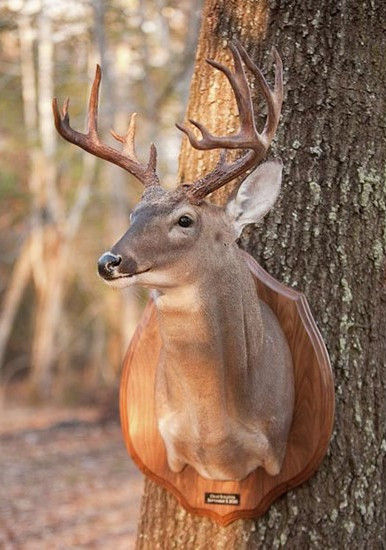 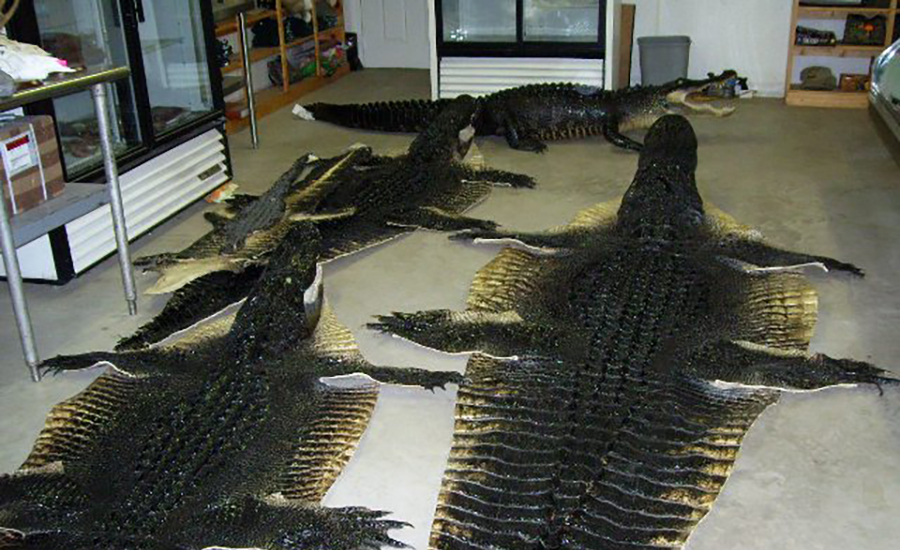 Kenneth Cordray has run Cordray’s taxidermy business since he graduated from Clemson University in 2009. Photos courtesy of Cordray’s
When it’s not deer season, Cordray’s has found a growing business niche with its cattle processing. Four years ago, the company slaughtered about 100 cattle, much of which came from the Cordray family farm. In 2021, the number of cattle had doubled to about 200. Many small farmers came to the company, looking for have cattle slaughtered for personal use or to sell locally.

“COVID has been a catalyst for everybody in the small beef industry, and for us as well,” Cordray explains.

Aside from ribeyes that are brought in from outside sources, all of the fresh beef that is sold in the company store comes from Cordray’s cattle. “All this supports my farming habit,” he jokes, referring to the meat business. His grandfather started raising cattle in 1907, and he proudly carries on the family tradition.

Cordray’s has expanded and reconfigured its processing area at various times over the company’s history – when the company bought a new roll stock packaging machine when it began its cattle slaughter operation. The next planned expansion will capitalize on Cordray’s growing cattle business.

“Our plan is to expand and put a 30-by-40-foot cold room, with an all-new rail system, so we can handle our beef. Even though we have some pretty decent-sized coolers, when we start hanging beef by the quarters, it takes up a lot of room,” Cordray says. He will then remove a smaller cooler and expand the processing area.

To accomplish this latest project, Cordray applied for and received a federal grant, which was part of the funds the Biden Administration has made available to help small meat processors expand their operations and strengthen the food supply chain. As part of the grant, Cordray’s will become a federally inspected plant after more than 15 years under state inspection. While the company has not looked into expanding its retail presence beyond its own store, the move to federal inspection will open up several possibilities. 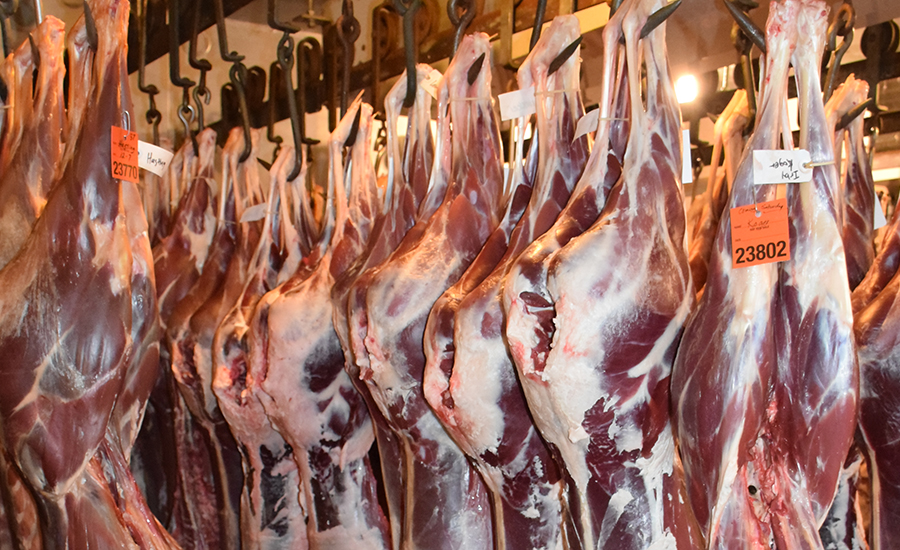 During the peak of deer season, Cordray’s processes up to 300 der per week.

“People are asking us about shipping our hams different places, so we feel like we can expand that presence – and be able to slaughter cattle from Georgia or North Carolina,” Cordray says.

“Last year during alligator season, we had a good cool snap, rutting season started, and we were slammed for a good three weeks,” he recalls. “We ended up shutting down three days one week and three the next week, just to give us a chance to get caught up. Up until last year, I only ever turned somebody away for being full-on one night, and that was in the early ’90s. It hurt my heart to do that, but we just didn’t have any choice.”

Cordray’s offers its customers a wealth of venison options, including sausage, bone-in or boneless roasts, bologna, pastrami, and seven varieties of snack sticks. Cordray says the company stays open late during deer season to accommodate hunters, but there are inevitably some customers who end up driving back down the company’s driveway with their carcasses because they waited too long after shooting it or they let the meat get too dirty.

“You’ve got to be picky with what you take,” Cordray points out. “One of the things we say is that you wouldn’t go into a grocery store to buy a T-bone steak, unwrap it, throw it in the back of your truck and drive around with it until you get home. That seems to get their attention.” He recommends to his customers that they bring in the whole deer within two hours of killing it. Cordray’s employees can dress it cleaner than the hunter can in the field. 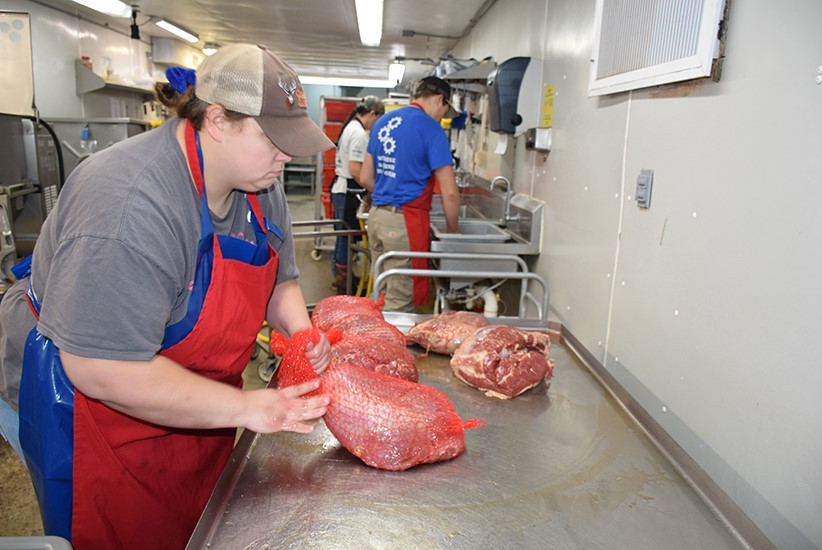 Cordray’s hams are popular sellers at the company’s retail store.

The meat processing portion of the business began in 1991. When Kenneth Cordray graduated from Clemson University in 2009, he cultivated skills learned from working in an upstate taxidermy shop to grow an operation that now includes species of animals from South Carolina and all over the world. He can do everything from a shoulder mount or an antler mount for deer to a full-body mount, in the case of the alligator.

Cordray’s has been involved in deer processing long enough that it has serviced multiple generations of the same family. Many of them have become friends of the family. Cordray recalls one customer who was an obstetrician. He brought his deer to the shop on a day when Cordray was at home because he had scratched his eye while working on the farm.

“When he talked to Claudia and heard what happened, he went to look at it,” Cordray said. “I said, ‘Doc, that’s not what you usually work on!’ But he prescribed something for me. After that, I had an obstetrician!”