Join SMA at the beaches of Galveston, Texas, for the association's 66th Annual Convention & Suppliers’ Showcase. 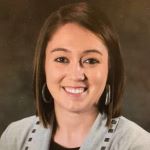 What started out as a fuel cooperative in Dallas quickly grew into a nationally recognized meat and poultry trade organization. In 1957, a group of independent Texas meat packers united to form a fuel cooperative called Texas Independent Meat Packers Association. Their mission: to get better fuel prices for their delivery trucks. As the membership base grew outside the Texas border and after a few name changes, the Southwest Meat Association (SMA) was formed. Today, SMA is home to 300-plus member companies in 37 states across the United States.  The motto around SMA headquarters is “Everywhere is southwest of somewhere.”

SMA represents a diverse membership ranging from major meat packers and processors to establishments with only two employees. SMA membership types are divided into three categories: regular, associate, and affiliate membership. Regular members are packers, processors, and purveyors. Associate members are suppliers and service providers to the industry. They cover a spectrum of the industry with every imaginable connection to the production of meat and/or meat products. Affiliate members are livestock producers, financial institutions, or retail establishments.

What can SMA do for you?

SMA is headed to the beaches of Galveston, Texas, for the 66th Annual Convention & Suppliers’ Showcase on July 27-30, 2022. This is a time for meat processors, packers, and vendors from across the nation to come together for three days filled with educational content, networking, scholarship fundraising, and good laughs. The convention is open to all SMA members and non-members, from company owners, C-level executives, to management at all levels.

Thursday, July 28, the convention debuts with the Bob Ondrusek Memorial Golf Tournament. The funds from the golf hole sponsorships go directly to scholarships. Later that evening, convention attendees will gather for a live concert from a Texas-based singer/songwriter.

Friday, July 29, SMA gets down to business with the first general session. Speakers and topics include:

The Suppliers’ Showcase will be Friday from 4-7pm.  This is a tabletop exhibit for associate members to provide information about their products and services. The dinner and lively auction will immediately follow the showcase. This event is sure to be filled with lots of family-friendly entertainment and scholarship fundraising.

Business isn’t over yet. On Saturday, July 30, SMA presents the second general session. Speakers and topics include:

The convention culminates Saturday evening at the Chairman’s Dinner & Dance, where SMA inducts members into the Hall of Fame and awards scholarships to the next generation of meat and poultry industry leaders. In 2021, SMA awarded $84,500 in scholarships to qualified candidates from many universities.

Registration for the 66th Annual Convention & Suppliers’ Showcase is open at www.southwestmeat.org. If you would like more information about joining SMA, please reach out to the SMA office at (979) 846-9011 or contact Lacy Bates at Lacy@southwestmeat.org.