Consumers know lower-sodium products to be better for them, but how can manufacturers convince them on taste? 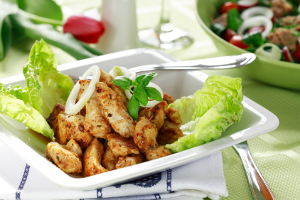 On Feb. 7, 2012, the Centers for Disease Control and Prevention (CDC) released its new report on sodium reduction in American diets. The news report announcing the release stated that the top sources of sodium are processed foods and that overall, 44% of all sodium in the diet comes from those foods. In a survey that was sponsored by Nu-Tek Salt, LLC , a manufacturer of salt replacement, it was estimated that over 63 million Americans were exposed to the news story within 36 hours of its release.

Due to major media stories such as these, there is evidence showing that sodium reduction is on the radar of Americans. In the “Nutrition and You Trends 2011” survey presented by the American Dietetic Association, when asked about sodium reduction, 66% of respondents stated they had heard, “lots” about the topic and 31% stated they had increased their consumption of low-sodium foods within the past five years.

Although this is awareness is very good news for the American diet, it does present challenges to the food manufacturers. The truth of the matter is, the majority of Americans want to “have their cake and eat it too,” or in this case, “have their salt and eat it too.”

So, while the U.S. government and individual states are demanding sodium reduction in the manufacturing and preparation of foods, the American palate has yet to catch up. In fact, just the knowledge that an item has been sodium-reduced causes many consumers to walk away from it, as we can see from the above survey.

While 66% were aware of the topic, only 31% have increased consumption of the items. It is that gap that is of concern to food manufacturers.

Along with distributors and end users, as manufacturers, we often debate whether to advertise the knowledge that sodium has been reduced in a product or provide that product as a “stealth health” item. That is, meeting the lower-sodium goals, but not advertising the fact.

As a leading manufacturer of great-tasting, sodium-reduced items, we at JTM Food Group often have distributors tell us that seeing reduced sodium on a product label or in the literature on a product will discourage a customer from using the product, and in many cases they are unwilling to even try it. They are concerned their end user/customer will not like the lower-sodium item. Often we have them taste first, then share the nutritionals later. It is after they taste the quality of the product we are able to surprise them with the lower sodium numbers.

It makes manufacturing for lower-sodium guidelines tricky, and the problem is not going away. As the pressure on manufacturers to reduce sodium in food products continues to build, we are going to have to do better than using “stealth health” to make our products acceptable to the consumer.

The message must get to the consumer that many manufacturers are doing a great job producing lower-sodium items, so good in fact that you may be eating the products in your favorite restaurants and not even know it.

Until the message to the consumer catches up to what is being produced by the manufacturers, we are in a kind of limbo. We are manufacturing what the consumer knows they should be eating, and making it taste great, they just don’t believe it.

The technologies are already being used to make these lower sodium items, and to make them better than acceptable. The next step is making the consumer believe it.

Consumers believe technology in ag is how we'll feed the world more sustainably—but that doesn't mean they want it, according to new survey

Meat Inspection and Control in the Slaughterhouse