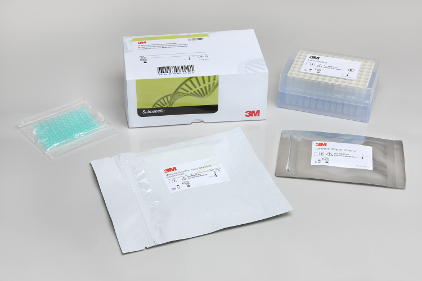 3M Food Safety announced its 3M Molecular Detection Assay Salmonella received an NF VALIDATION mark from AFNOR Certification. The Salmonella assay was among three pathogen test kits the company introduced alongside its novel 3M Molecular Detection System less than a year ago. In April, AOAC Research Institute granted PTM SM certification of the Salmonella assay, another important confirmation of the technology’s effectiveness in detecting the bacteria.

“Salmonella has been responsible for multiple foodborne illness outbreaks in the U.S. as well as Europe this past year, so being able to offer such a simple and rapid assay for that pathogen that stands up to the rigor of AFNOR Certification criteria is a key development for food processors based throughout the world,” said Marie-Pierre Copin, 3M Food Safety’s European regulatory affairs specialist.

The 3M Molecular Detection System and its assays provide food processing businesses, third-party laboratories, universities and government agencies a rapid, qualitative method to easily and accurately detect pathogens in enriched food and food process samples. Designed with early input from 3M’s worldwide clientele, the system and its assays have already been sold in 33 countries. The system targets and amplifies nucleic acid in enriched samples through a unique combination of isothermal DNA amplification and bioluminescence detection technologies

To obtain NF VALIDATION certification for egg, meat and dairy food products (excluding milk powders), performances of the 3M Molecular Detection Assay Salmonella for those products were validated in comparison with results of the ISO 6579 worldwide standard for detecting Salmonella spp. The NF VALIDATION study was done according to ISO 16140 standard. An expert laboratory initially confirmed the technology’s effectiveness versus the reference method. Subsequently, 18 different labs spanning seven countries conducted collaborative testing to confirm the method robustness. Additional NF VALIDATION studies of the Salmonella assay on seafood and vegetables as well as processing environment samples are anticipated in 2013.