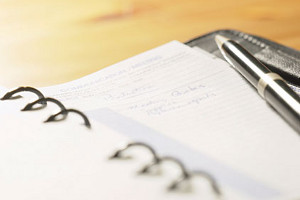 Periodically, the Food Safety and Inspection Service (FSIS) will announce its expectation that establishments reassess their HACCP plans in addition to the annual reassessment expected by the regulations. The reason for the announcement could be a change in agency policy, such as declaring six non-O157 STECs as adulterants, or in response to lessons learned from an outbreak recall or other regulatory action.

Reassessment is the thought process by which an establishment reviews its total food-safety system to determine if the new hazard identified by FSIS is adequately addressed. A reassessment need not result in any changes to the plan. The problem is that many establishments perceive that "reassessment" equates to mandatory change, so they will implement a change, needed or not. Other establishments may not make a change - either because the system currently addresses the hazard raised by the agency or the hazard does not occur in the operation. However, they erroneously assert that they do not have to reassess because the requirement "does not apply to them." What these establishments really should say is that they have reassessed and determined no change is needed.

To avoid unneeded changes or regulatory entanglements, an establishment should set out, in writing, its thought process in these situations. In determining whether the hazard is adequately addressed, establishments should review the food-safety system with special attention to:

Dennis R. Johnson is a principal with Olsson Frank Weeda Terman Matz PC in Washington, D.C. Mr. Johnson has 30 years experience in food-safety law and regulation, representing large and small meat and poultry companies.
You must login or register in order to post a comment.