Attack of the allergens 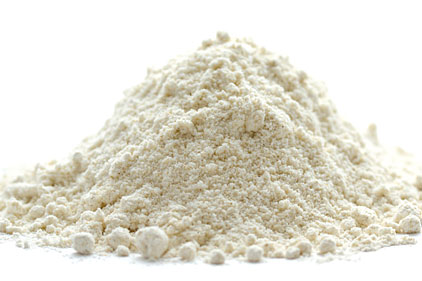 Last month, I wrote about how industry has managed to virtually eliminate E. coliO157:H7 from our beef supply. Indeed, in the last two years, there have been only a handful of recalls relating to E. coli, and none were associated with foodborne illnesses or outbreaks.

During that same period, however, the meat industry announced nearly 50 recalls (involving nearly 1 million pounds of product) for the presence of undeclared allergens. On its face, it would appear that allergens have now officially replaced harmful pathogens as the primary driver of FSIS recalls.

In 2004, as the impact of allergens on consumers became better understood, Congress passed the Food Allergen Labeling and Consumer Protection Act. Although the act only governs FDA-regulated food products (and does not apply to processed meat or poultry products), it had the effect of raising awareness within the industry as a whole regarding the presence of eight major allergens. These allergens are milk, eggs, fish, shellfish, tree nuts, peanuts, wheat and soybeans. Together, these allergens account for nearly 90 percent of all food allergies.

Although FDA has enforced its allergen-labeling standards aggressively, FSIS has only recently begun to shift more attention toward allergen control within meat and poultry establishments. Although all establishments must, of course, obtain preapproval of their product labeling from FSIS (which would include the identification of any ingredients contained within the product), the agency is now directing additional attention toward making sure those products actually are being formulated as labeled, with a special emphasis on the existence (or potential contamination) of undeclared allergens.

As FSIS begins focusing more attention in your facilities on product formulation and labeling, you can ensure compliance in two ways.

First, at its most basic level, if a known allergen (or any other ingredient) is used in the formulation of a product, make sure it is declared appropriately on the label.

Second, review your production processes and production lines to ensure that there is no opportunity for “incidental contamination.” Put another way, if you are processing two products in close proximity (or on common equipment), and either of those products contains a known allergen, make sure to eliminate any possibility of cross-contact between the products at issue.

Even if you do not directly add an allergen as an ingredient into your product, an allergen could be inadvertently introduced into your finished product through cross-contact.

Moving forward, FSIS will be looking at these issues as well. Although almost all companies believe they have adequate policies in place to prevent allergen cross-contact and mislabeling, nearly 50 of those companies have learned in the last 24 months that they, unfortunately, were wrong.

Focus on your food safety records before FSIS does

Federal mandates: We will shut you down

Shawn Stevens is the founding member of Food Industry Counsel LLC, a law firm formed in 2014 to represent the food industry exclusively in regulatory and other matters involving food safety and quality. Contact Stevens at (920) 698-2561 or stevens@foodindustrycounsel.com, or visit his Web site, www.foodindustrycounsel.com.

Searching for answers to allergens

The 10 Principles of Food Industry Sustainability