Prestigious Gold Medal for the GEA MultiDrum at Anuga FoodTec 2015 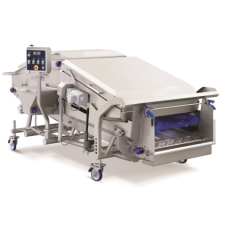 When it comes to authentically re-creating the golden crispy coating of ‘homestyle’ coating on an industrial scale, there’s only one way to do it: the revolutionary GEA MultiDrum. And in recognition of this machine’s ability to do this, it has received a prestigious FoodTec Gold Medal at Anuga FoodTec 2015. This award also acknowledges the coating machine’s other benefits to significantly reducing the manpower needed on the processing line and a less dusty and therefore healthier working environment.

The golden choice
In addition to the gold medal, the GEA MultiDrum has been well received by customers using the technology who see it as a golden opportunity to strengthen their position in the competitive processed food market. It also boosts line efficiency, contributes to a cleaner work place and reduces manpower, which all save money. GEA also offers the possibility to try products and recipes on the GEA MultiDrum in their superbly equipped Technology Center in the Netherlands. 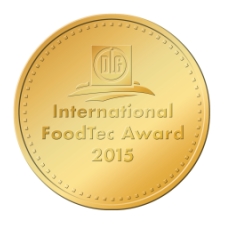 The International FoodTec Awards for innovation in industrial plant and process technology are a cooperation between the German Agricultural Society (Deutsche Landwirtschafts-Gesellschaft - DLG), European Federation of Food Science and Technology (EFFoST) and leading trade journal publishers. Gold and Silver medals are awarded for exemplary innovation in the food industry and its suppliers. There are eight categories, including Process Technology, the category in which the GEA MultiDrum earned a Gold medal. Open to food processors and their suppliers, the awards recognize forward-looking projects, and the way in which the concepts have been successfully implemented. GEA submitted the GEA MultiDrum in August 2014 and the eight-person international jury of leading food scientists, technologists and packaging experts recognized the way it not only makes industrially produced coated products taste like home cooking but also brings significant operational, health and safety benefits. The presentation ceremony will take place at Anuga FoodTec 2015.

For more information, check out the GEA website at www.gea.com.