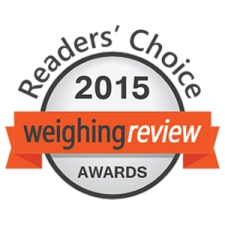 "It’s an honour to be nominated for these awards. It’s a stimulant to keep developing and improving our ALFRA dosing and weighing systems so we can serve our customers in the best possible way," said Richard Biessen – Head of Product Management.

These awards are a part of the second annual edition of the Weighing Review Readers’ Choice Awards, the only global voting competition that covers the major innovations and best products in weighing technology. Through an online nomination and voting process, the Weighing Review Awards recognizes and honors the best companies and the products and solutions in 18 categories.