The successful growth of the Jack Daniel's line of barbecue meat products stands as a fantastic case study on the right way to earn and grow a blockbuster brand licensing agreement.

Everyone thinks they know “Jack.” Nowadays, it’s virtually impossible to avoid references to the Jack Daniel’s Old No. 7 Tennessee Whiskey in mainstream pop culture — even if you don’t imbibe, you likely know someone who always orders a “Jack & Coke” when they go out.

However, earning the right to really know “Jack” in a business sense requires a different variety of dedication. Jack Daniel’s is more than 150 years old, and like any world-renowned mega-brand, it has lent its name to a wide variety of products over the decades. In 2007, Vernon, Ca.-based processor Golden West Food Group (GWFG) earned the licensing agreement, and the Jack Daniel’s Meats brand was launched. Since then, the brand hasn’t looked back, growing to become the No. 1 fully cooked barbecue brand in the U.S., according to Nielsen.

The steady growth, says Tony Cimolino, chief marketing officer for GWFG, has been spurred along by the original intent and focus of the line. 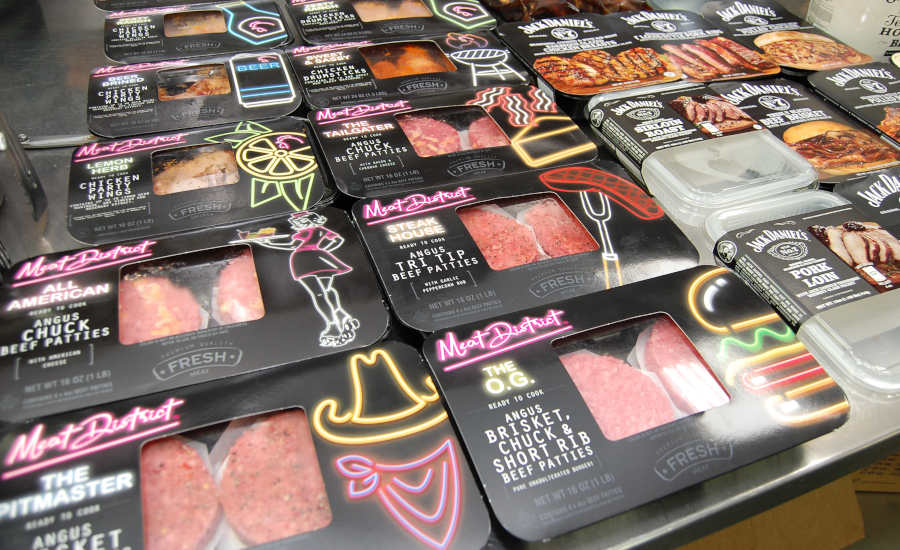 Golden West Food Group chief operating officer Zack Levenson, spoke with Andy Hanacek, editor-in-chief, about the company’s disruptive, premium-quality brand, Meat District, which has grown exponentially in less than a year’s time. The brand originally featured premium burgers and has morphed to include marinated chicken wings and drumsticks — and is soon to include premium sausage products as well.

“Everything in the Jack Daniel’s line, from a license standpoint, is a premium product,” he explains. “So, we started with really good cuts [of meat], … developed a special spice blend that we hand rub the products with; we use old-fashioned Southern-style, slow-cooking methods; and we produce our sauces separately, kettle-cooking the sauces from scratch in small batches, the same as a chef would when preparing a sauce in the kitchen.”

Additionally, Cimolino says, GWFG keeps the meats and sauces separate until late in the process, unlike other fully cooked barbecue products.

“We combine the meat and the sauce at the very end, which allows us to retain the flavor elements of the slow-cooked meats, and any liquid that might cook out of the meat isn’t affecting or degrading the sauce,” he says.

Even with the growth of the brand over the years, and with the line extensions that have come along, Cimolino says the company’s approach hasn’t changed.

“What really keeps people coming back is the quality; we’ve been able to maintain the quality, and repeat purchase is really what drives business in the perishable grocery marketplace,” he explains. “That’s been our No. 1 job: maintaining the quality all these years.”

When Jack Daniel’s released its Tennessee Honey whiskey line in 2009, the company had no problem extending the new flavor to the Jack Daniel’s Meats line. GFWG, for its part, was prepared to pair the Honey flavor with its high-quality meat products.

“Honey is a natural fit for the consumer to put on barbecue products,” Cimolino adds. “This is a completely different sauce, and it has a high percentage of bee honey from sustainable farms that practice bee husbandry and bee sustainability — we’re very particular about that.”

The new line of Jack Daniel’s Tennessee Honey meats was launched in 2015 as a licensed product and it has grown to be approximately 20 percent of the brand’s total business, according to Cimolino. It pairs well with pork (which is the most popular protein in the line, he says) and the chicken products already in the Jack Daniel’s Meats portfolio. 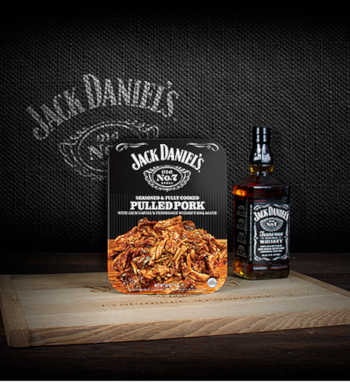 "Everything in the Jack Daniel’s line, from a license standpoint, is a premium product."
Tony Cimolino, Chief marketing officer
Golden West Food Group

Further signs of the success of the brand licensing agreement have emerged in the last few months, GWFG reports. During The National Provisioner’s visit to the company, Cimolino explained that the company had earned the license to produce Jack Daniel’s-branded bottled barbecue sauce. He says the plan would be to elevate the premium attributes of the product — kettle-cooked, no preservatives, no high fructose corn syrup and gluten-free. The line would be similar to the sauces used in the Jack Daniel’s Meats products, and will include new flavor profiles for a diverse audience.

Cimolino says, behind the scenes, GWFG has been positioning itself to respond better to trends in the protein supply chain, as well as retail consumer demands driving the industry forward.

“In terms of marketing and consumer communication, we’ve seen the switch to digital coupons and digital promotions at retail,” he explains. “Golden West has really been at the forefront of that, offering digital coupons when they first came out with customers who were early adopters.”

GWFG’s team has had to be creative in this way, particularly given that the license agreement allows them to work in-store but not take advertising outside retail stores for the Jack Daniel’s Meats products. GWFG also has freshened up the look of the logo and packaging as Jack Daniel’s has allowed over the years. Moving forward, Cimolino says GWFG will consider new products and line extensions.

He hints at new flavors of Jack Daniel’s whiskey possibly prompting GWFG to experiment with pairing those flavors with its meat products. Jack Daniel’s launched Tennessee Apple in 2019, for example, which has piqued interest for the meats line.

“Jack Daniel’s usually waits at least a year after [a product launches] before it is allowed into licensed product,” he says. If or when those allowances occur, GWFG will be ready to add to its offerings where it makes sense.

Meanwhile, the company will continue to drive consumer awareness of the Jack Daniel’s Meats brand through barbecue events, competitions and other associated opportunities — including Jack Daniel’s own barbecue competition in Lynchburg, Tenn., which celebrated its 30th anniversary in 2019.

Raising awareness, developing new offerings and staying sharply focused on the end goal of providing the highest quality products possible will be the keys for GWFG to follow to ensure the future success of the brand in the fully cooked barbecue category.  NP