Supermarket delis must offer meat and poultry selections that keep pace with evolving consumer tastes and buying patterns to shine in a highly competitive market.

It is a hectic time for merchandisers of meat and poultry in supermarket delis.

As many shoppers revert to pre-COVID-19 buying and eating behaviors and others continue to follow the new practices that came about during the pandemic, operators seeking to maximize sales must leverage merchandising strategies that serve both constituencies, analysts say. That includes responding to changing consumer attitudes toward a wide range of products, ranging from lunchmeats to prepared foods.

Such initiatives as the expansion of grab-and-go meat and poultry selections, the incorporation of unique prepared foods options and launching or strengthening e-commerce programs are necessary to satisfy shoppers’ greater interest in convenience and meals that are made away from home, analysts note.

Grab-and-go sales grew about 60 percent in 2020, IRI reports, and while the surge in activity was largely the result of consumers avoiding delis and other potentially crowded areas or delis being shuttered because of the pandemic, it is a multi-year trend that is set to continue, DuBois says.

Prepared foods, meanwhile, took perhaps the greatest sales hit last year when many operators eliminated or reduced selections. But the stage is set for a strong rebound as more shoppers return to their pre-pandemic routines and create fewer meals at home, says Anne-Marie Roerink, principal of 210 Analytics, a San Antonio-based market research and marketing strategies firm.

It is important that delis remain competitive with foodservice outlets by offering unique and attractive meat and poultry creations while supporting in-store pickup and delivery services, analysts report.

“There are unlimited expansion opportunities in the deli,” says Jim Wisner, president of Wisner Marketing, a Gurnee, Ill.-based market research, education and consumer packaged goods consulting firm.  “But unless supermarkets have a very engaged, imaginative and creative chief executive officer, not much is going to happen.”

Deli operators, he notes, must alter their traditional mindsets of just “trying to do the same thing a little better than the other guy,” Wisner says. “Delis must be willing to take some risks to move the needle forward. Operators have been offering more types of prepared meals and meal kits over the past decade, but that’s about it.”

He adds that while launching new meat and poultry options is important, it also is crucial that operators do not punish staffers if the items are not successful. “Just recognize it as part of your DNA experimentation,” Wisner says. 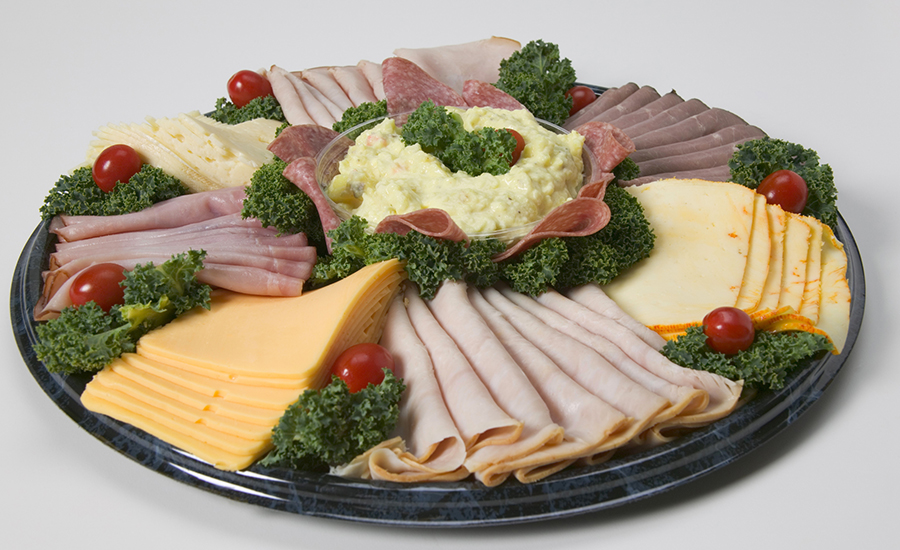 Use creativity to stand out

Experimentation should include offering signature items that only are available at specific locations, analysts say. “Be exceptional at your differentiators and play them up,” says Russell Zwanka, associate professor of food marketing, in the Department of Marketing at Western Michigan University, in Kalamazoo. “Ordinary doesn’t cut it.”

It is vital for delis to “be known for something” if they are to use meat and poultry to draw more shoppers, Roerink says. She notes that such options can range from unconventional recipes and meal deals to side dishes or daily specials that can create the “craveability that drives a trip to the store more than a promotion ever could.”

Sandwiches also can be strong attractions, Zwanka says. Examples include signature items that might feature pretzel buns, limited-time-only offers such as a “Thanksgiving dinner sandwich” or attractive prepared food items that may include truffles, turkey and asiago cheese.

There also is greater consumer interest in premium products and an opportunity for deli operators to offer more upscale selections, including meats on charcuterie trays, as shoppers seek products that make their lives easier or better, DuBois says.

“Getting consumers’ attention remains a challenge,” he says. “The deli signature item is often rotisserie chicken with the rest of the offerings undistinguished. Most restaurant chains are known for a type of food or signature dish, but supermarkets typically try to serve everybody.”

Delis can further attract more shoppers by offering three tiers of options in each lunchmeat category that vary by price and quality, Zwanka says. He says that because many retailers ignore the value tier, “those shoppers have written off the deli.”

Merchandising a wider array of sliced meats beyond the traditional turkey, ham and roast beef is another powerful way for deli operators to differentiate their outlets, says Eric Richard, industry relations coordinator for the Madison, Wis.-based International Dairy Deli Bakery Association (IDDBA). That can include providing Italian- and Spanish-oriented selections on charcuterie trays.

Retailers also can emphasize newer options when stores are short of traditional favorites, says Maeve Webster, president of Menu Matters, an Arlington, Vt.-based food industry consulting firm. “If outlets run out of chicken wings, for instance, retailers should point shoppers toward other products that can offer a similar experience, whether it’s flavor, texture or prep style,” she says.


Dare to be different

While the pandemic is “reawakening of the joy of cooking at home,” Zwanka says it is important for retailers to also offer “products for the tired and inspired,” which may include convenience-oriented pre-sliced or pre-cooked meats for the tired and selections with unique ingredients from around the world or charcuterie items for the inspired.

“Shoppers are looking for ideas on how to do things differently,” Wisner says, “and they will buy all the necessary items that catch their eye, appear good and seem like something they can execute.”

While leveraging such trendy flavors as oven roasted, Thanksgiving, bourbon, Hawaiian barbecue, chili lime and truffle will add spice to deli offerings, it is crucial that delis also emphasize the traditional favorites, such as conventional turkey and ham, Zwanka says. Having meats that are healthy, nutritious and from local suppliers also is important, Zwanka says. “A strong local program is essential,” he says. “Even if local isn’t always healthy, the customer thinks it is.” 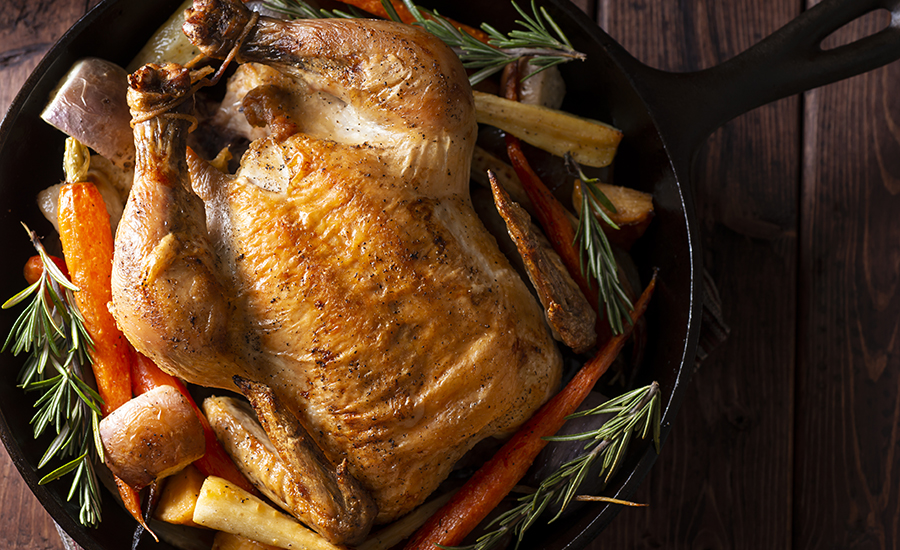 Roerink adds that larger assortments of prepared meats that go beyond the popular rotisserie and fried chicken are important. Examples include meatloaf, turkey, brisket and ribs. These offerings create large sales opportunities. Such items can be part of rotating daily specials, temporary offers or cross-merchandising initiatives that pair meat and poultry entrées with side dishes, she says.

Yet, rotisserie chicken continues to grow in popularity with more flavors and parts options, and the rotisserie concept is transferring to the deli chicken salads, pot pies, soups and stews, skewers, rollups and other offerings, says Tom Super, senior vice president of the Washington, D.C.-based National Chicken Council.

2021 Deli Report extra: Show them what you have

Symrise’s 2019+ Top Trends Report is ready for a demonstration