Supply chain issues, raw materials costs and labor shortages all are impacting the amount of products that are available at grocery stores, as well as the prices of those products. As a result, consumers are making changes to their shopping habits to account for the rising prices and uncertain availability.

The increase in meat prices isn’t a new development. Consumers started noticing that prices were on the rise as far back as July 2021, reports Barbara Connors, Vice President of Commercial Insights at 84.51°, a retail data science and insights company.

“At that time, people weren't as willing to actually change their behavior as a result of it. That speaks to the importance of meat in many people's diets,” she says. “We also asked, if your budget becomes constrained, which categories are you willing are planning to cut back on. And while 86% said they noticed meat prices going up, only 28% said that they would cut back on meat.”

Fast-forward to November of 2021, and 84.51° started to notice that a breaking point had been reached. Connors says that consumers were split 50-50 between spending more on meat and spending less. To go deeper, 18% of consumers have not changed their shopping behavior, while 36% are buying cheaper cuts of meat to stretch their dollars further. Twelve percent are changing the mix of meat and seafood products that they purchase. Another 18% are buying more alternative proteins.

“They’re saying, ‘I can't get my protein source from meat because it's too expensive. I may not have been someone that’s inclined to buy plant-based meat alternatives, but now I’m going to try and move into that space,’” Connors explains. 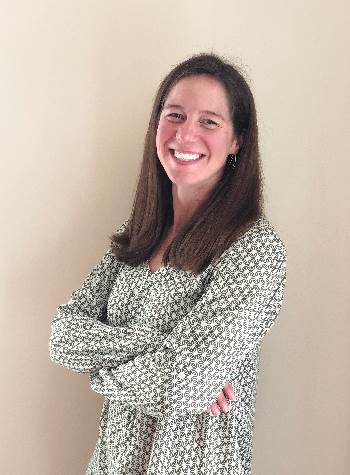 Brand loyalty is also losing ground to the economic realities of the day. Connors notes that supply and price are the two biggest factors that impact brand loyalty. According to 84.51° research, 62% of consumers will buy a different brand if the one they want is not in stock, and 59% will buy another brand if it has a great promotion or a deal.

“People are willing to branch out from brands where they previously would have been pretty exclusive,” she says.

The bright side for retailers and their suppliers is that food consumption at home remains higher than pre-pandemic levels, so grocery sales continue to grow. Connors says that the top priority of retailers is to ensure a steady supply of product on the grocery shelves. Beyond that, they can deal with rising prices by helping to bring new inspiration and new ideas to home cooks.

“This can be through new meal solutions. From a retail standpoint, there's a growth in meal kits, and grab-and-go food at retail stores,” she says. “there's also a lot of opportunity now with recipes and content on websites.”

Meat and poultry processors and brands can do similar things to help educate consumers about cheaper or less popular cuts of meat. Offering recipes or meal ideas can help shoppers take a chance on a cut of meat that they are not used to buying.

Connors also noted new potential growth for meat sales among consumers receiving SNAP (Supplemental Nutrition Assistance Program) benefits. That figure has been on the rise, and consumers are utilizing it to improve their nutritional intake with protein.

“Of those that said that they’re recognizing their benefits are increasing, virtually all of them — 92% — said that they’re going to spend that on meat and seafood,” Connors said. “So that tells us that this is a really critical category that is important for a large group of consumers within the U.S., particularly those who are financially constrained to get nutritious meals on the table and get a good source of protein.”

While many shopping habits are normalizing, meat remains king