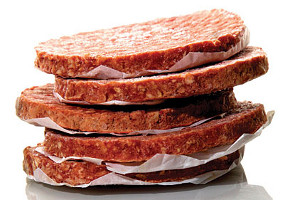 In response to the demand to operate as efficiently as possible, freezing systems have stepped up to aid in energy management. Most of the improvements that have been made to modern freezing systems are in the areas of control and automation, says Eldon Roth, founder and chairman of Beef Products Inc.

"Today, it is possible to continuously monitor and record all operating parameters of the system so that historical comparisons can be made to identify opportunities for greater efficiency," he explains. "Related to this is the automation of motors using variable-frequency drives (VFDs). The use of VFDs on all motors allows for the adjustment of motor speed to maintain optimal operating conditions."

An example of this, Roth cites, is that suction control can be maintained with compressor motor speed instead of regulators, which gives companies greater overall efficiency. The advantage of VFDs also can be seen in the ability to adjust fan speeds in a freezer, so that once the operating temperature has been reached, the fans can be slowed. This has a double effect on efficiency, because it is not necessary to use the power to run the fan at high speed and the motor does not give off as much waste heat, which must be removed, Roth adds.

In regard to freezing systems' energy management, Butterball puts an emphasis on understanding freezing systems' airflow, whether it's a bulk storage system or a blast freezer, says Ed Spafford, Butterball's manager of utilities and refrigeration. In addition, Butterball is concerned with the role of airflow versus temperature versus product size and how each affects end results.

"We thoroughly evaluate the equipment design to help us make continuous improvements in our energy management," Spafford says.

New technologies have emerged to help ease the costs of freezing products and keeping them frozen. Butterball looks for sophisticated energy-management systems that monitor all aspects of the refrigeration process, such as the amount of energy consumed. The company also determines its power company's billing structure that may allow for load shedding, minimizing defrosts, precise temperature control along with wet-bulb control of evaporative condensers, Spafford explains.

Direct-contact freezing, including submerged cryogenic freezing, is the most effective method of freezing, Roth says.

"Although the concept is not new, the technology has not been as embraced because of the higher manufacturing costs," he explains. "However, the long-term cost savings of mechanical direct-contact freezing systems are a big advantage."

"Starting with very good insulation is a big part of that, but again automation can really help," Roth says. "For instance, using an automated crane system has many simple advantages that pay off in the long term by eliminating forklift traffic in and out of the freezer, and by not requiring lights inside the freezer. Turning off the lights most of the time seems like a small thing, but again, it is a double effect because there is the energy to run the lights and the heat they give off that has to be removed."

Many challenges exist to keep freezing systems running at peak efficiency. For example, Beef Products' refrigeration systems are fairly unique, Roth says, especially in that the company is constantly running its system in a vacuum.

"We are able to achieve very cold temperatures," he explains. "However, running in a vacuum is a challenge because air and moisture are constantly pulled into the system through rotating seals. Removing the air and moisture is essential for a well running system, but doing it effectively requires specialized vessel design."

Worker safety is a job that requires diligence and constant oversight.

"The first step is installing equipment that has the best possible safeguards," Roth says. "However, that is sometimes not enough because you have to rely on people to do the correct thing. It really is necessary to create a culture of safety by establishing procedures and holding people accountable to them."

Automation in any system helps to keep the operators safe, Spafford says. For the mechanics, the PSM regulations continue to help improve worker safety in all areas of ammonia refrigeration, he adds.

To aid in food safety, most modern systems use probes to chart the freezing curves of various products. Having the visual aids vastly improves some of the guesswork in the past, Spafford says.

One of the best food-safety mechanisms is fast freezing.

Of equal importance for food safety associated with freezing is the quality of air in the facility.

"We focus a lot of time and resources in an effort to maintain sanitary air quality to help ensure it is free of potential contaminants," Roth says.

Although much technological advancement has occurred in freezing systems, there remains room for continuous improvement. Butterball would like to see further strides in the cryogenic field to use BTUs more completely and CO2 cascade systems further adopted in the United States, Spafford says.

Roth believes that the biggest opportunity for improvement with freezing systems is through the expanded using of direct-contact freezing.

"The upfront cost is higher, and there is additional research that needs to be made, but the benefits in terms of energy cost and food quality will eventually outweigh the costs," he says. "As the cost of energy rises and its availability reduces, efficiency will be a bigger driver than ever before, and ultimately there is nothing more efficient than contact freezing," Roth adds. "Additionally, the benefits of making a better product with less dehydration and the increased protection from potential pathogens are such that I thought this technology would have been more widely adopted by now."