Is it good or is it bad? 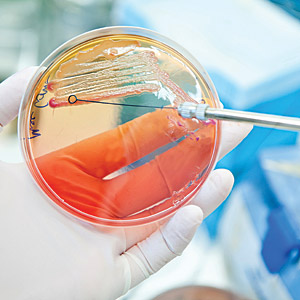 Recently I have been reading a book by a philosopher who tells how the events in our lives that we may initially interpret as good may not turn out that way; similarly those events we initially see as bad may in fact lead to something good.
As the story goes, a poor man wins a horse in a contest. Knowing that his son had always wanted a horse, he was astonished by his good fortune. One day while riding the joyous gift the son fell and broke his leg, and the injuries were so bad that the father had to tell him the unbearable news - he would never be able to ride his beloved horse again. Devastated by this twist of fate both the son and his father became very unhappy.
Later that same year their village became entangled in a brutal war, as with so many young men in the village that had gone to war and been killed the son was also drafted and had no choice but to fight. Yet when the village elders saw his physical condition caused by his accident on the horse he was excused from service. An unfortunate accident that in the end saved his life.
I often think of that story when I think about what happened to XL Foods. Initially, like the parable about the poor man’s son, the events seemed catastrophic. It led to massive recalls that impacted many. It caused shortages in the supply chain and most devastating, the loss in ownership of a Canadian company.
Yet it also resulted in a renewed spirit from all stake holders in the food supply chain to examine their practices and processes. It led to an independent investigation that has provided unbiased feedback. It was the impetus behind CFIA’s new policy on the control of E. coli O157:H7 (enhanced Annex O). The document provides guidance for greater emphasis on pre harvest interventions, like clean water, healthy feed, vaccinations and bacteria phages — all of which will ultimately result in cleaner animals going to slaughter. It provides oversight on the efficacy of the application of in-slaughter microbiological interventions and added written programs to deal with the evaluations of tested negative product prior to release on high incident days. It is a renewed call for processors to verify upstream interventions at slaughter through the surveillance of indicative organisms, a commitment by all to educate the public on the importance of cooking the product to an internal of 160° F and finally a call for all of us in the supply chain to freely share their information through a process titled “process awareness”.
So like the events that befell the poor man and his son, was it bad or was it good? What first seemed to be a catastrophic event may have indeed led us all to a better and safer place.

This is just a test

The United States of Associations

John Vatri is the director of food safety at Cardinal Meat Specialists Ltd., one of Canada's leading burger and cooked protein processors.

The Supreme Court may have got it right

Fix it Right, the First Time

Is it time to refit your tool belt?