Johannes Schmid-Wiedersheim is the new Brand Management Director for IFFA 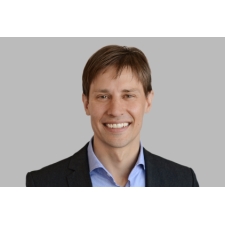 Johannes Schmid-Wiedersheim, 38, has been the new Brand Management Director for IFFA & Texcare at Messe Frankfurt since Jan. 1, 2015. In this position, he is in charge of the international IFFA and Texcare trade fairs in Frankfurt and responsible for the expansion of the company’s worldwide portfolio of events in the food technology and textile care sectors, which currently includes events in Argentina, China and Russia.

Both event brands, IFFA and Texcare, are part of the Technology & Production Division of Messe Frankfurt, which is responsible for all the company’s investment-good fairs. With 26 events of this kind around the globe, Messe Frankfurt promotes the international transfer of technology and knowledge in the world’s most demanding and rapidly growing markets.

Johannes Schmid-Wiedersheim joined Messe Frankfurt in 2012 after gaining many years of experience in the sector. He began his career at Hamburg Messe where he was, inter alia, Deputy Director of the German Pavilion at Expo 2008 and, most recently, responsible for several different trade and consumer fairs. In 2012, he moved to Messe Frankfurt as Head of Event Development and, together with his staff, launched several new fairs and congresses, such as Cleanzone, Ecostyle and ‘Zukunft Lebensräume’. He will continue with his previous duties within the framework of the new structure. Johannes Schmid-Wiedersheim is married and has one child.

Organised by Messe Frankfurt, IFFA is the world’s biggest innovation platform for investment goods in the meat-processing industry and brings together key players from the sector in Frankfurt am Main every three years. The next edition of IFFA will be held from May 7-12, 2016. Also part of the ‘Food Technology’ portfolio of events are ‘Tecno Fidta’ powered by IFFA in Buenos Aires’ (Sept. 20-23, 2016) and Modern Bakery Moscow (April 22-24, 2015).

Texcare International in Frankfurt am Main is the leading trade fair of the ‘Textile Care’ division and the world’s biggest investment-goods fair for the textile-care sector. Held every four years, the international market leader for the sector presents new products for dry cleaners’ laundries and textile-service companies. The next Texcare International will be held from June 11-15, 2016. Other events in this portfolio of events are Texcare Forum in Frankfurt (2018), Texcare Asia in Shanghai (Nov. 25-27, 2015) and Texcare Forum Russia in Moscow (Nov. 23, 2015).