In food processing plants, food safety garments are worn to protect the wearer and the product itself from cross-contamination. Simple enough. But how successful a plant is in preventing cross-contamination from uniforms is where it gets tricky. Basics including employee education, providing uniforms and laundry services, auditing vendors and keeping raw and cooked item departments separate are key.

“Success [with ensuring employees follow garment protocols] is strictly plant-dependent, not based on the company — and there’s no difference between pork, beef or chicken plants on how this is handled either,” says Gary Ades, Ph.D., president of G&L Consulting Group, based in Bentonville, Ark. “It comes down to the managers and how they treat employees.” 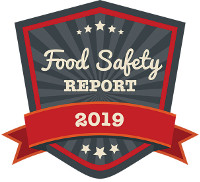 Processing plants are not pleasant environments. They tend to be cold with quick line speeds and precious few breaks. Production line employees wear different garments than those who work in the warehouse. In general, they come to work and — depending on their department — are expected to put on hairnets and coverings, bumper caps or hard hats, disposable gloves, non-disposable gloves in rubber or mesh for cutting, aprons, smocks, coats, pants, jackets warm enough for the freezer, overalls and/or steel-cap boots, Ades says.

Street clothes, if allowed, need to have snaps, no buttons, no pockets above the waist so workers don’t put gloves in them, no shorts even in warm environments, no fuzzy sweaters and no fake nails and nail polish.

“Uniforms need to be 100 percent polyester, a tried-and-true material that is being used more than in the past because it’s resistant and easily cleaned by reputable garment suppliers,” says Monica Smith, food quality assurance and food consultant, at Whole Brain Consulting, in Loveland, Colo.

Jewelry is generally banned in plants. “The rules should be no jewelry in the plant including visible piercings,” says Rick Stier, consulting food scientist, Stratecon International Consultants, based in Sonoma, Calif. “The only exceptions are a plain wedding band and medical alert bracelets or necklaces. Many operations are now requiring that persons with the plain bands wear a glove over it. If a person has a medical alert bracelet or necklace, it must be fully covered so it is contained and cannot be lost.”

Gloves themselves need to be changed after bathroom breaks — and increasingly not latex-based.

“People think gloves protect the product from germs,” Ades says. “But employees still need to wash their hands before putting them on, because gloves are porous.”

Vinyls and plastics are good materials for disposable items such as aprons and gloves. “However, in colder environments, they can leach or flake off so they aren’t well suited for the cold,” Smith says.

Safety glasses and earplugs aren’t washed so they need to be disposable. Earbuds and bumper caps also get dirty, but need to be sanitized by employees.

Because glove tips can get cut off, they should have metallic components so they can be picked up by metal detectors since they generally fall into hard to reach places.

Work shoes need to be sturdy, non-porous, not open-toed and not tennis shoes. Ideally, the shoes should be steel-toed and shanked to protect workers, Stier says.

In fact, it’s recommended that employees’ footwear — and uniforms — be provided by the plant and stay at the plant, Ades says.

“If a company elects to not provide uniforms and shoes, they really need to have a documented risk assessment that addresses the clothing issue and strongly supports the fact that wearing clothing from home does not create a potential risk,” says Stier.

Boot lockers are a good policy to ensure a clean set of boots is provided every day, especially for plants with raw and cooked product, he says.

In addition, employees can walk through boot cleaners at plant entrances and other control points. “However, you can’t sanitize what’s not already clean, so boots need to already be clean,” says Ades.

Besides wearing the proper uniform, employees can prevent cross-contamination by staying in their area and not spreading pathogens around the plant.

“In any facility producing ready-to-eat products, the company needs to separate raw and cooked items and should as part of the separation mandate that persons working in those areas wear different easily identifiable uniforms [clothing, bump caps]  and that there be changing areas between the two areas,” Stier says.

Color-coding uniforms by department will remind employees to stay in their designated area.

“Employees in plants undergo a tremendous amount of training with no education,” Ades says. “Because they don’t understand why they have to follow certain procedures, they may think they don’t need to abide by the rules even though they want to do a good job. They don’t understand the difference between sanitation and cleaning.”

Employees are typically instructed during orientation for proper use, care and proper wearing of safety equipment. Regular instruction and reminders on how to clean and sanitize clothing, though, remain useful.

Plants can also audit the materials for quality assurance purposes. “I know several organizations audit and sample some equipment, such as metal mesh gloves and aprons,” says John E. Johnson, adjunct professor of business and managing director of Epsilon Industries, in Morris, Ill. “Other food-safety clothing such as latex gloves or disposable sleeves are not swabbed or tested though.”

As most processors are moving toward using a service provider for plant uniforms, these suppliers should be audited as well.

“I believe that processors should treat such suppliers as they do any other vendor. That is, they should be audited and the company should fully understand how the services work,” says Stier. “In this case, they should verify that clothes are washed in hot water, dried properly and there are no issues relating to potential contamination.”

Some plants have their workers take garments home to launder. “You can never be sure if they are properly laundered in this case,” Stier says.

Some places even allow workers to wear company-supplied garments to and from work. “Now, these two issues are more common in overseas plants that I have visited,” Stier says. “But wearing uniform clothes to and from home is a practice that must be discouraged.”

Employees need to know that once their garments are soiled, they have to change them and, ideally, leave them at work, Smith says.

“The company will have a higher laundry bill, but improved food safety,” she says.  NP