This website requires certain cookies to work and uses other cookies to help you have the best experience. By visiting this website, certain cookies have already been set, which you may delete and block. By closing this message or continuing to use our site, you agree to the use of cookies. Visit our updated privacy and cookie policy to learn more.
Home » 2020 Processor of the Year: Perdue Premium Meat Company
Meat and Poultry ProcessingBeefPorkChickenTurkeyProcessor Profiles
Processor of the Year

Perdue Premium Meat Company has acknowledged its need for premium differentiation and grown quickly by filling in gaps with ultra-complementary initiatives and acquisitions.

As spring rolls into summer, gardeners across North America are beginning to see the fruits of their post-winter labor, as gardens begin to flourish and put on a show. Creating the perfect landscape takes knowledge, planning, a knack for what works best for each individual plant and the ability to adjust when things aren’t quite right.

As the days get warmer, The National Provisioner also plans its annual Processor of the Year Award, and this year’s winner fits the spring-to-summer bill — having done a beautiful job of planning its plot and cultivating its business to yield a stunning display by premium companies and brands in a short period of time. The National Provisioner is pleased to name Perdue Premium Meat Company (PPMC) as the 2020 Processor of the Year.

In 2011, poultry processor Perdue Farms acquired Coleman Natural Foods, and although Perdue may have had the best of intentions for Coleman’s pork business, it simply wasn’t an easy fit within the framework of the larger Perdue poultry family. Over the years, the Coleman pork business wasn’t necessarily thriving, and Perdue needed a solution to kick-start the business.

Processor of the Year

“When Perdue bought Coleman, the primary target was the chicken business, and the pork business came along with that,” explains Jeff Tripician, current president of PPMC. “[Perdue] appropriately staffed and supported it, but it was small.”

For several years, Coleman’s pork business often got lost under the canopy of the larger poultry forest around it. Then, in 2015, Perdue acquired Natural Food Holdings, parent company of Niman Ranch and SiouxPreme Packing, and created a true premium products incubator two years later, when it created PPMC to house these brands and grow them. Coleman could emerge from the shadows and grow with better resources and a better understanding of its needs as a small processor.

By 2019, when Tripician was named president of PPMC, the division was ready to release its pent-up growth.

“My goal was to create a convenient solution for top grocers to get specialty natural products from leading authentic brands — all raised domestically from family farmers and ranchers, all high animal welfare, all no antibiotics or added hormones (ever), or organic and grass-fed — all on one truck on one order,” Tripician says. “Grocers can get the upper tier of all the proteins from PPMC to appeal to the natural shopper who is driving the growth in the marketplace.”

Increased vertical integration, then, proved to be the boost needed for PPMC’s individual brands to blossom and the overall company landscape to flourish. In just one year’s time, Tripician says the company’s approach has been a “really powerful little engine.”

“What allows all these companies [in PPMC] to thrive is that they say, ‘What do we have to do to be meaningfully different in the marketplace?’” Tripician says. “Then, they chase after it. It’s a team of like-minded people pushing each other to maintain this dramatic pace that one person couldn’t drive alone.”

To that point: During the last 18 months, an avalanche of activity has hit PPMC. Coleman and Niman Ranch each launched unique new product lines in partnership with beer companies that have done well in their limited time on the market. Niman Ranch partnered with New Belgium Brewing Co. on a line of bratwurst and barbecue meats using Fat Tire Amber Ale.

“It has been a really good collaboration,” says Chris Oliviero, general manager, Niman Ranch. “An amber beer like Fat Tire really lends itself well to meat products either as a sauce or infused, adding its flavor to products like these.”

Meanwhile, Coleman had launched its Budweiser BBQ Collection — a line of bratwurst and pulled pork married with Budweiser beer. Coleman’s partnership with Budweiser and its resurgence as a part of PPMC was featured extensively in The National Provisioner cover story and online in October 2019.

These two beer-infused lines offer a great example of how PPMC’s sister brands complement each other in the marketplace.

“The beauty of PPMC is, Coleman and Niman Ranch play in different spaces in the marketplace; there isn’t a lot of overlap between the two brands,” Oliviero says. “So there hasn’t been that conflict one might expect with two beer-infused pork product lines launching at the same time.”

As Coleman and Niman Ranch have grown, PPMC’s SiouxPreme Packing operation has had to follow suit — and to that end, the company completed a $29 million, 50,000-square-foot expansion of the flagship Sioux Center, Iowa, processing plant, which opened February 2020. This expansion, says Gary Malenke, senior vice president of pork operations for PPMC, was a long time coming.

“When Perdue purchased us, they were well aware of the fact that, … at some point, the plant would require an investment,” he explains. “Call it the next phase of automation, state-of-the-art technology, we had the opportunity to bring in cutting technology and more efficiently and effectively break down the carcasses and keep our associates safe.”

Prior to the expansion’s completion, PPMC had already invested in upgrading the Sioux Center operations by installing case-ready processing and packaging equipment to better handle pork chops and ground pork for customers who are demanding more further-processed items. 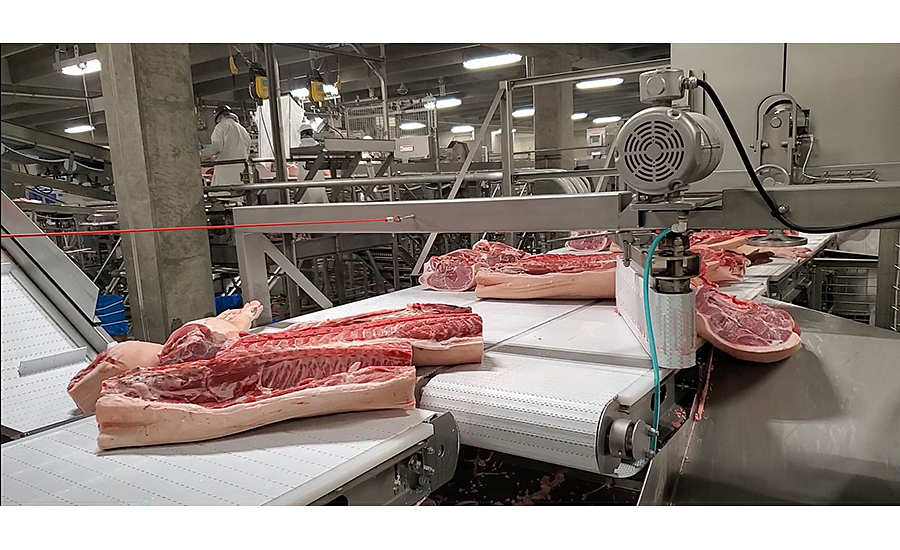 A $29 million expansion at PPMC’s SiouxPreme processing plant in Sioux Center, Iowa, brought state-of-the-art technology and increased safety to the facility in February 2020.

Not all of PPMC’s success has come from in-house organic growth. In the last year alone, PPMC has bolted on two new foundational properties that help round out its capabilities. First, in late May 2019, Perdue acquired Panorama Organic Grass-fed Meats and rolled it into PPMC. According to John Tarpoff, vice president of beef for Niman Ranch, adding an organic beef product to PPMC’s lineup became a “must have” over time, and Panorama became the answer.

“Niman Ranch beef is a ‘never ever’ program, and our customers would inevitably always ask if we did organic beef,” he says. “Panorama Meats was the company that fit, based on the impeccable, impressive record it has on organic production; it’s very refreshing to work with somebody that isn’t going to try to cut corners and change the base product.”

Wayne Langston, vice president and production manager for Panorama Meats — who has been with the company for nearly 20 years — says the acquisition has demonstrated the “great synergy” between the brands, as well as how perfectly Panorama fit into the PPMC group.

“Jumping into the Perdue network really expanded our opportunities — allowing us a larger platform and stage to tell the Panorama story,” Langston says. “Plus, the reassurance and security for our producers: having PPMC as a catalyst gives them more confidence to grow the herds and meet the necessary criteria for the certified organic program, to expand or even to get involved.” 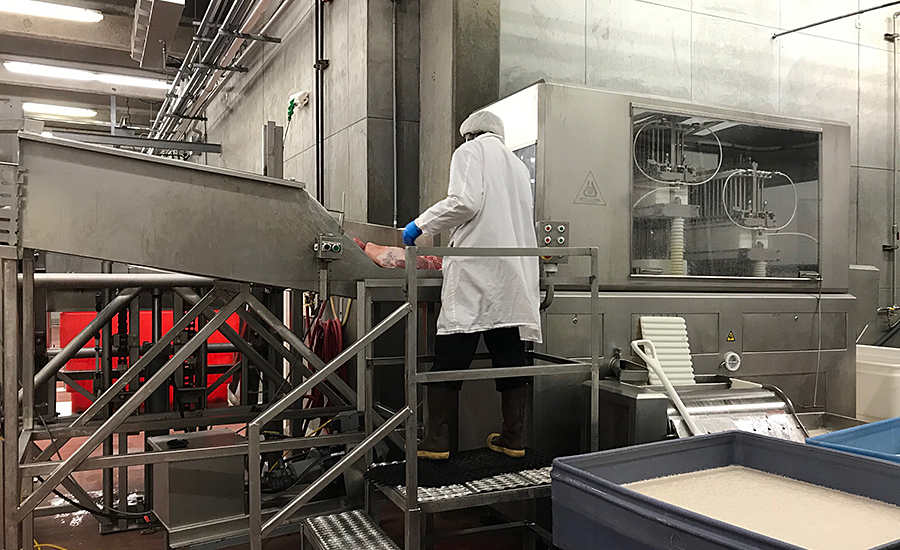 PPMC’s most recent major, bolt-on addition came in February 2020, when the company acquired Alexander & Hornung, a sausage and specialty-meats processor in St. Clair Shores, Mich. The move comes in the midst of growth for Alexander & Hornung, says Tom Eckert, general manager, who rattles off a long list of investments he and his partner had made in the facility prior to the PPMC deal.

“Our theory was, it’s not a deal until the papers are signed, so we had brand new refrigeration installed last year and a lot of new equipment [recently],” he says. “And we’ve been steadily growing and reinvesting.”

Becoming part of the PPMC family, Eckert adds, should allow Alexander & Hornung more opportunities to grow even more quickly. Having access to a larger research & development (R&D) operation and becoming certified organic will keep Alexander & Hornung on its toes. The expertise of new partners Niman Ranch and Coleman will help expand Alexander & Hornung’s own product line.

“We have clean-label, old-world types of products, with natural casings and in-demand attributes, but now we can get into the no-nitrate, all-natural, antibiotic-free products too,” Eckert says. “We have experience producing that type of product, but they have the customer base, and we’ll really get to ramp it up in production.”

The St. Clair Shores facility fits perfectly with SiouxPreme’s operations as well, given that it focuses on further processing rather than first processing. Malenke says that, even though it’s still very early in the relationship, the prospects look very good thus far.

“Their business philosophy and ours matched up really well, and since they’re doing the processing of products like hot dogs, sausages and hams, it’s a great complementary piece to what PPMC is doing,” he explains. “Niman Ranch and Coleman are growing in those segments and always looking to be creative, so it offers our brands a facility to do that kind of processing specifically.”

Alexander & Hornung also helps PPMC mitigate risk by creating operational redundancy, since most of these further-processed products were manufactured exclusively by co-packers. PPMC will still use co-packers in the future, but it has a backup option if demand forces its hand. 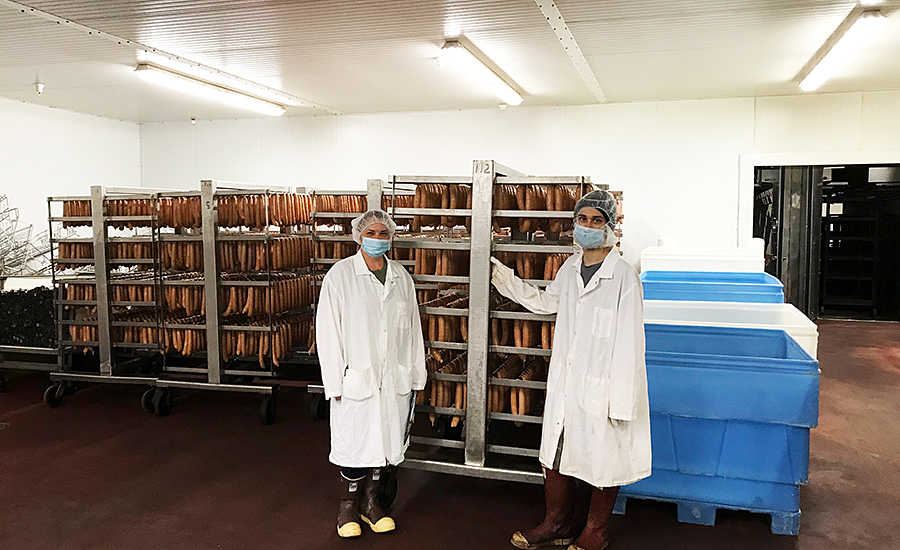 Joining the PPMC family will allow Alexander & Hornung the opportunity to expand the type of products it produces for its own label and its sister brands.

In a short period of time, PPMC already has shown its value as an incubator and a successful venture for Perdue at large. The COVID-19 pandemic’s derailing of normal, everyday business stands as the only real pall over the last 18 months, though PPMC reports that its premium brands fared better than much of the commodity meat industry, as demand surged and large processing plants shut down. In speaking with the leaders of the five PPMC brands, optimism for the future of PPMC carries much of the conversation.

Tripician is encouraged particularly by Perdue’s approach to letting the businesses succeed and reinvest as they see fit.

“Top-line and bottom-line performance has been accelerating, and Perdue has been very supportive in letting us reinvest it,” Tripician says. “Each business is finding its own way, and Perdue is now saying, ‘The five companies have made sense, so what’s next?’ — and we’re set to begin that process to go after the next one.”

Using the “tried and true” method of plugging companion companies and brands into a rock-solid foundational landscape, PPMC has been able to produce success very quickly even while absorbing a variety of changes within the company.

The perfect garden design ties numerous specialty pieces together, blending focal points with complementary pieces to form one cohesive, flowing visage. When it comes to building its family of brands, PPMC has mastered this technique, and there’s little reason to expect any departure from that approach. NP

2019 Processor of the Year: Carl Buddig and Company

2016 Processor of the Year: Foster Farms