Driven by the huge increase in at-home meal occasions during the COVID-19 pandemic, bacon, like numerous other proteins, has seen an upsurge in overall buyers vs. a year ago for the latest 52 weeks, ending June 14, 2020, in multi-retail outlets, excluding convenience, according to IRI, Chicago. For pre-COVID-19 activity, which for this article is the 52 weeks ending Feb. 23, 2020, buyers were slightly down, says Jennifer Jackson, IRI’s client insights consultant for protein.

In addition to buyers growing, shoppers also are purchasing more pounds, which is up 8.5 percent whereas pre-COVID-19 it was up less than 2 percent. Pre-COVID-19 product trips were down 0.7 percent, and for the latest 52 weeks they are up 0.3 percent, IRI reports. 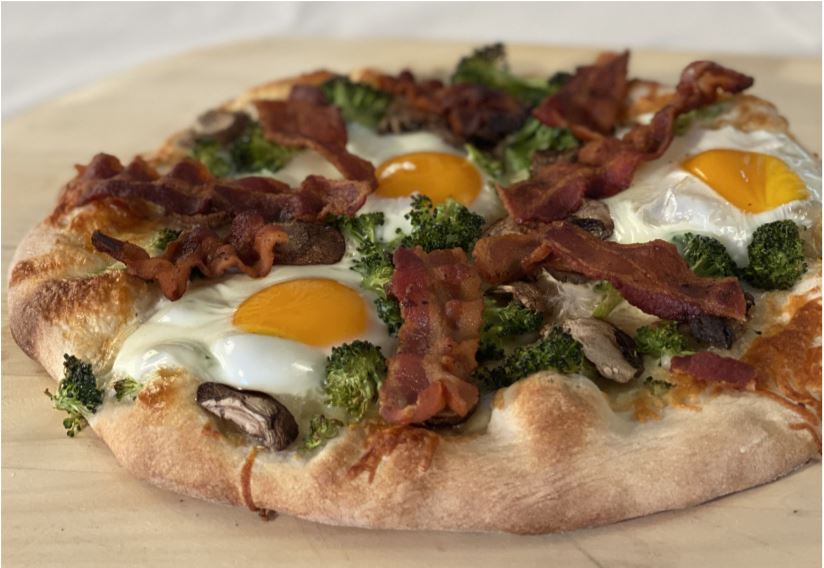 In turn, the bacon category is now more than $5 billion in sales, and up 12.8 percent for the latest 52 weeks, IRI says. In volume, bacon has grown to more than 1 billion pounds and not showing signs of slowing down, Jackson says. For example, the 12 weeks ending June 14 shows even more gains vs. a year ago with a 0.34 percent growth in volume and dollars up as well. Volume sales were actually flat pre-COVID-19, Jackson says.

“These households previously obtained their bacon fix from fast-food and dine-in restaurants,” Hernandez says. “Now they are buying bacon, learning to cook at home and eating with their families. There’s been a huge surge of bacon ‘hacks’ and cooking ‘how to’ videos as these buyers seek the best and most fulfilling bacon experiences. We would expect these trends to continue into the future.”

Interestingly, both cooked and uncooked bacon are growing at about the same rate.

“I was a little surprised with more people in home thinking that convenience wasn’t going to be as important, but they are both growing about 13 percent in the latest 52 weeks,” Jackson says.

Not surprisingly people, who consumed bacon in the past three months, overwhelmingly said they most often did at breakfast (78 percent) when Mintel International, Chicago, asked consumers in August 2019, “When do you typically eat or use the following types of bacon or sliced lunch meats?” Bacon also was consumed by these respondents on a sandwich (51 percent), as part of a recipe (35 percent) and in a salad (32 percent).

“Purchasing patterns are changing because consumers aren’t just preparing bacon as a part of an occasional weekend breakfast,” O’Neill adds. “Instead, they’re incorporating Oscar Mayer quality bacon into everyday meals like sandwiches, salads and side dishes.”

Hormel’s Hernandez agrees that consumers are continuing to find more ways to use bacon outside of traditional breakfast, whether making it for a snack, using it as an ingredient in a burger, as a topping in a salad or preparing it in an appetizer. Several trends, including the increasing prevalence of bacon in fast-food and dine-in menus; dietary trends, such as keto, Whole30 and paleo; and the growth of unique bacon flavors and smokes, also have propelled bacon's growth, Hernandez says. 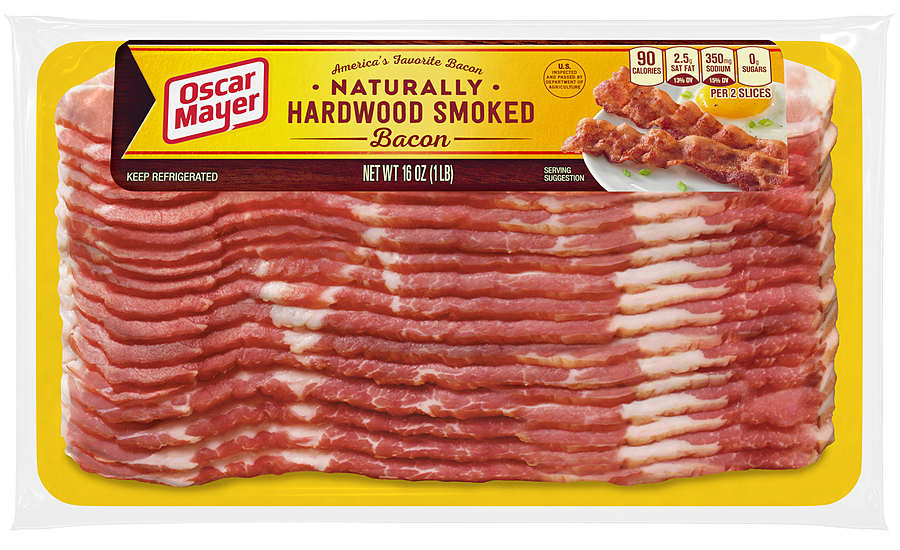 Industry bacon production has been impacted by supply chain disruptions as companies proactively implement processes, including social distancing and quarantining, that prioritize their employees’ health and wellness, Hernandez says.

Since COVID-19 has had different effects on Aurora, Ill.-based OSI Group’s foodservice customers’ businesses, it also has affected OSI’s business in different ways.

“For some, sales are up, and for others, they’re down,” explains Christopher Hansen, OSI’s assistant vice president, culinary and executive. “For those restaurants that already had drive-through, digital ordering and delivery options in place when the stay-at-home orders began, they were able to take advantage of those tools and meet consumer needs. However, since the breakfast daypart for many restaurants has experienced such a big hit, with so many consumers working from home or out of work completely, breakfast items that included bacon have likely been negatively affected.”

Bulk pack seems to be the trend right now due to the pandemic, Hansen adds.

Like nearly all proteins in the retail marketplace, Burgers' Smokehouse, California, Mo., has experienced higher demand for bacon in both its retail grocery and e-commerce channels. For its business in particular, it is seeing a trend toward artisan-style bacons and unique bacon cuts and flavors that is sparking trial. “We make a unique product that is dry cured and aged for flavor, slow smoked over real wood chips — no liquid smoke — and no water is ever added to our bacon during the production process,” says Steven Burger, Burgers' Smokehouse’s president.

“We are continuing to work with our customers to understand these trends and do our best to meet the increased demand during this period,” Burger adds. “Our production team has worked tirelessly, like many others in the industry, to keep up with increased demand from customers and consumers, while simultaneously balancing new variables invoked on our industry due to COVID-19.”

Because the supply chain is so stretched right now all the way from live hogs to getting inventory on the shelf from the back room, Tom Torralbas, IRI’s principal for client insights in its protein group, believes companies  will continue pulling their promotional support, which is showing in an increase in pricing.

“Right now, in the total supply chain, it's not the price of hogs,” Torralbas explains. “It's really the cost of processing with all the additional PPE, safety measures and labor issues that’s driving up cost on the manufacturers' side.” 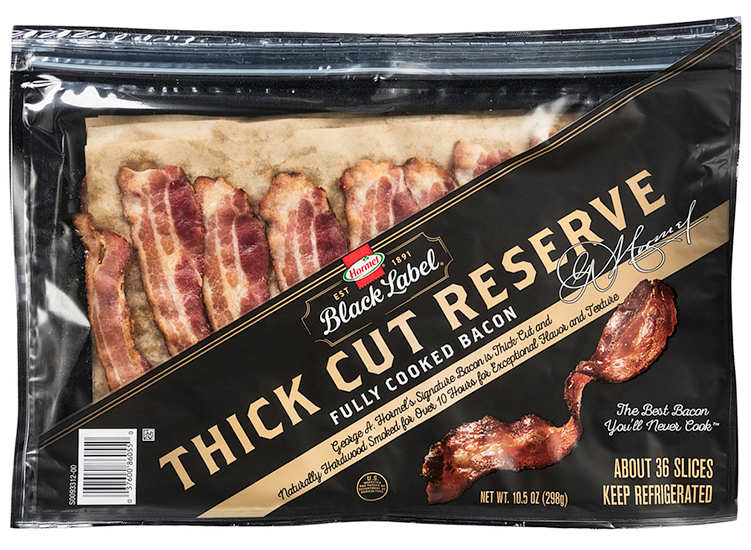 Consistent with other years, the latest 52 weeks has seen about 3 percent of sales coming from new nationally branded bacons, IRI reports. Private label brought in several new SKUs as well. While small pack sizes still have a place in the future, Jackson says several of the new bacons are in larger sizes.

Launches of new bacon products (strips, bits, pieces, etc.) in the United States grew at a compound annual growth rate of 13 percent for the period from January 2016 to December 2019, according to Innova Market Insights, Fairport, N.Y.

Fully cooked bacon launches grew rapidly from 2016 to 2018, but have slowed down since then, says Tom Vierhile, Innova’s vice president of strategic insights in North America. Product launches in 2020 through mid-July 2020 indicate that fully cooked bacon launches for the year are unlikely to match 2019’s numbers and those launches came in well below 2018’s count, he says. Recently Hormel launched Hormel Black Label Thick Cut Reserve Fully Cooked Bacon at Sam’s Club made with naturally hardwood smoked, hand-trimmed bellies.

While pork bacon is still king, turkey bacon also is up 7 percent for the latest 52 weeks, which it actually was declining pre-COVID, IRI reports. With the rise of at-home cooking bolstering bacon consumption among consumers, O’Neill says Oscar Mayer’s Turkey Bacon and Natural bacon products have seen an increase in trial amongst younger and urban consumers new to incorporating bacon into their regular diets.

With several flavors and forms, including thick cut and center cut, all trending up, IRI tracks that applewood flavored bacon is outpacing the category growth with an 18 percent increase in sales.

“Applewood really stands out compared to the category,” Jackson says.

Applewood smoked is the hot flavor trend in new bacons as well, growing at a compound annual growth rate of nearly 36 percent for the period from 2016 to 2019 and now slotting in as the number two flavor in the category, behind hickory smoked, Innova reports. Black pepper along with unique wood-smoked flavors, like cherrywood and pecanwood, show promise while brown sugar pops up as an indulgent flavor choice, Vierhile says.

As far as health claims, gluten free is one of the largest claims trending in bacon, with bacons making gluten free claims up about 13.5 percent for the latest 52 weeks, IRI reports. All-natural, hormone-free and vegetarian-fed claims are all trending up as well, Jackson says. It’s worth noting too, that bacon meat substitutes are actually a $27 million category, and the segment grew almost 22 percent vs. a year ago, IRI says.

Clean-label claims have become very popular in the bacon category, Vierhile adds. The no additives/preservatives claim grew at a compound annual growth rate of 19 percent for the period from 2016 to 2019. The natural claim grew even faster at 21 percent, Innova reports. Other claims showing momentum, but less common, include sugar free, organic, GMO-free and no added sugar. Claims pertaining to reduced sugar content could be a trend to watch for the future, Vierhile says.

For Coleman Natural Foods, a brand of Perdue Farms, Salisbury, Md., its most popular bacon flavors are the classic hickory and applewood smoked, but its sugar-free version is also very popular as it meets paleo and Whole30 diet parameters.

“Budgets are being tightened and shoppers today want to make sure when they do spend money, they are buying quality food they feel good about feeding their family,” says Mel Coleman, Jr., Coleman's vice president. “Consumers are more interested in where their food is coming from and will be looking for meat products raised and processed in the U.S. on farms that care about the humane treatment of their animals. If consumers spend the extra dollar, they want to spend it for a reason.”

Innova also is tracking a lot of uncured claims in the bacon category. “Bacon launches claiming to be uncured nearly doubled between 2016 and 2019, albeit from a relatively low base,” Vierhile says. “This is another facet of the clean label trend.” 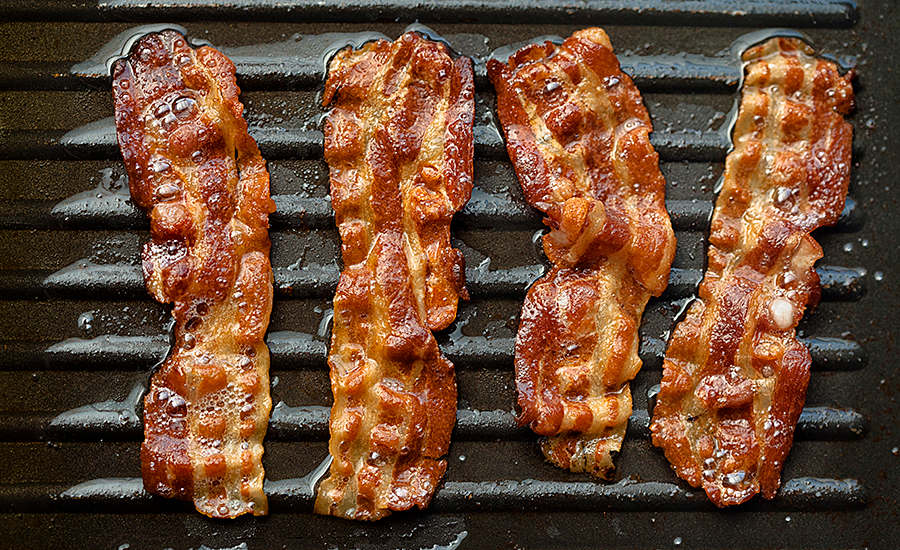 Getting the right assortment on the retail shelf will be key for retailers and manufacturers as they balance out-of-stock situations. “A lot of manufacturers and retailers have just had limited SKUs available due to the purchasing that's happening, but consumers still want that variety,” Jackson says. “It will be a really important balancing act for them to get that right assortment.”

Processors and retailers also will need a broad understanding of brick and mortar vs. internet sales, Torralbas says. While traditionally e-commerce was around more shelf-stable products, bacon sales on the internet are up 165 percent for the latest 52 weeks with the rise of click-and-collect or ordering for home delivery to avoid that shopping engagement, he explains. Pre-COVID-19, bacon internet sales still were up 11 percent.

Convenience will be key with consumer purchases and preparation, Coleman agrees.

“With the entire family at home during the week, consumers are having to plan for, prepare and serve as many as 21 meals each week,” Coleman says. “Consumers are becoming more concerned about where the meat they purchase comes from, and will be looking for new, simple ideas for preparing family meals. It is important that brand packaging clearly communicates key attributes as well as sharing recipes and preparation tips and tricks.” NP

2016 Bacon Report: The power of bacon