More than 300 students from across the country show off their cooking skills and knowledge of processed meat.

With more than 900 attendees, 81 speakers, 39 sessions, and a few days of successful networking, we are delighted to announce that the American Meat Science Association’s (AMSA) 75th Reciprocal Meat Conference (RMC) was a tremendous success. A special thank you goes to our co-hosts for the 75th RMC — Iowa State University, Kemin Food Technologies, the National Pork Board, and Hormel Foods Corp. — for their tremendous support and planning. RMC was well attended by more than 300 energetic and engaged students from all over the country. These students had a fantastic time showing off their cooking skills, their knowledge of processed meat, how fast they can buzz in during quiz bowl, and how many kills and homeruns they could hit. We had a wonderful few days in Des Moines, Iowa, and are excited to highlight the events in which students were able to participate! 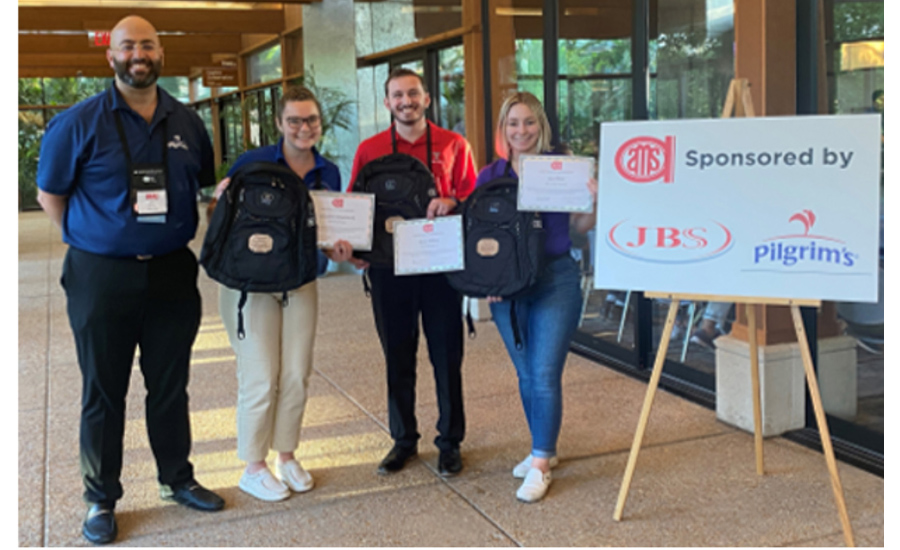 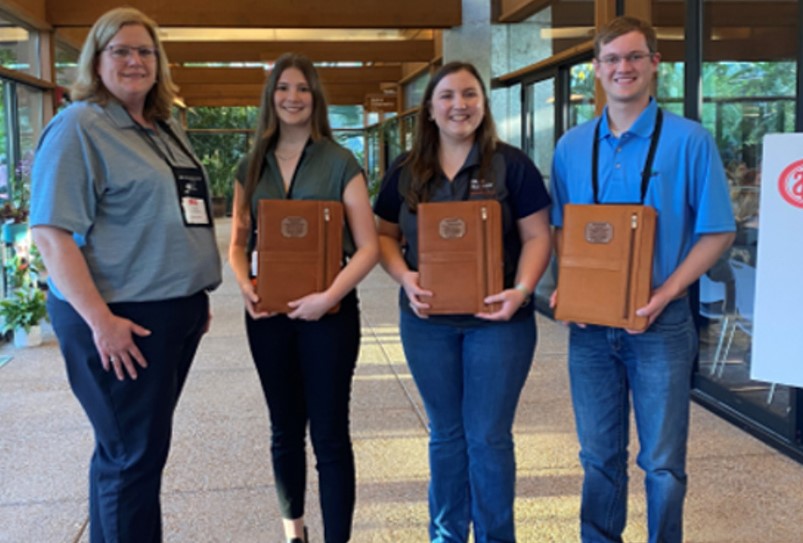 On Saturday, June 11, we kicked off the AMSA RMC at the Des Moines Area Community College where more than 90 students made their visions a reality at the Iron Chef Contest, sponsored by Cargill. At the Iowa Culinary Institute, they were provided Top Blade steaks and were instructed on how to best fabricate them for the competition. In addition, they were instructed to include a starch, vegetable, and sauce with their meat to create the perfect plate. Students were given a gift card to a local grocery store, Hy-Vee, and were able to shop for exactly what they wanted. 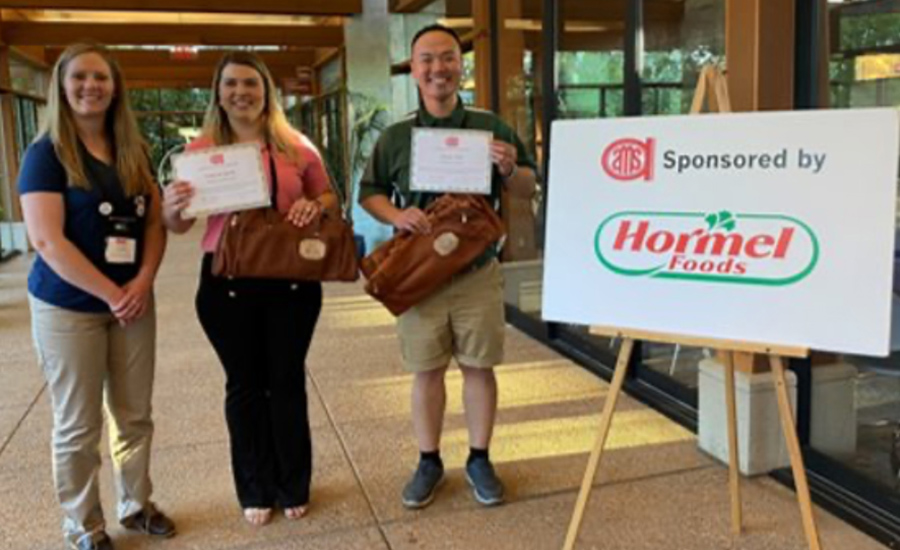 They were creative with a variety of seasonings and spent the afternoon learning about food preparation and proper plating techniques. Each group was given the opportunity to search through the Iowa Culinary Institute to find the perfect and unique plate for their meal. While walking through the kitchen of the Iowa Culinary Institute, you couldn’t miss the camaraderie of the students along with their openness to learn from one another. It was amazing to watch students from all over the country mingle and work in teams to create the perfect plate.

After the plates were completed, they were judged by professional chefs and AMSA members. The judges were delighted to see the artwork created by students and taste the wonderful mixtures of foods and flavors they produced. Ultimately, the judges scored each plate and tallied the points to announce the winner. The judges expressed how impressed they were during the judging of the plates and stated that every plate was uniquely crafted with a specific strategy. 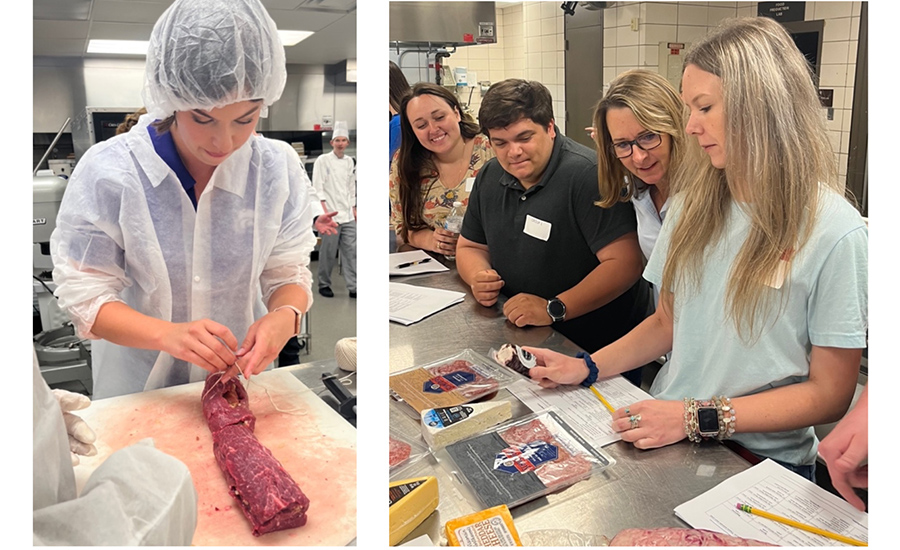 We all know how popular charcuterie boards have become and we could not help but bring that popularity to the 2022 RMC. In addition to the plate, teams were prompted to create a charcuterie board that was judged by the AMSA Board of Directors. While shopping, students strolled the aisles trying to find the perfect nuts, jams, and whatever they could find to go along with the meats and cheese they were provided. Judges were impressed by the creativity and the unique features of each board. One group even made a bird out of a pineapple! When each group was finished the boards were laid out to be judged. The students of AMSA are incredibly talented! Every charcuterie board created by the students could have all passed for one that was professionally made. A special thank you goes out to all of the sponsors that provided product support for this event including Cargill, CTI Foods, Maple Leaf, A.C. Legg, Iowa Culinary Institute, UltraSource, Hy-Vee, and Farm Credit Services of America. 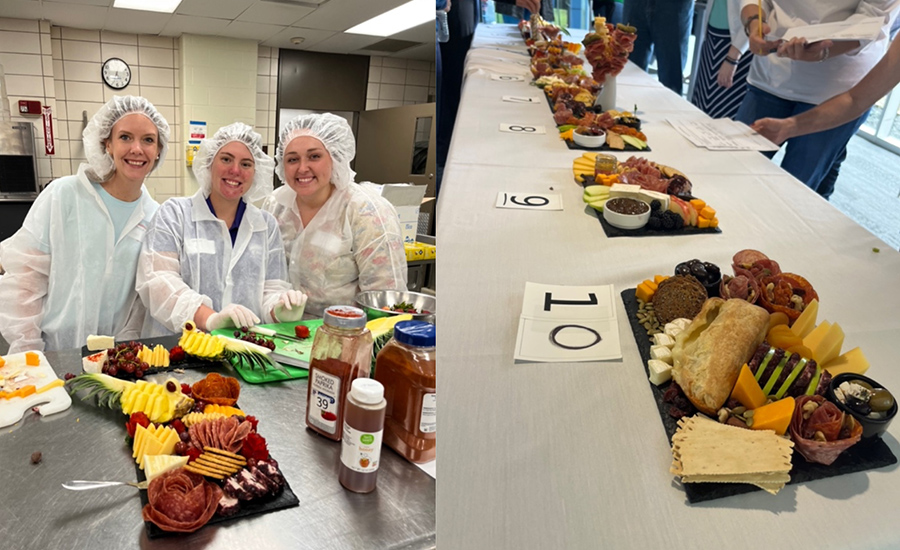 The Seventh Annual Processed Meat Contest, sponsored by JBS Foods/Pilgrim’s, also took place on Saturday, June 11, at the Des Moines Area Community College. There were more than 100 contestants that competed individually and placed classes of various processed products, made decisions on whether to keep or cull products based on industry standards, and identified defects across a variety of processed meats products. Hormel Foods, Clemens Food Group, and UltraSource provided product for this event. The contest consisted of two rotations where there was an undergraduate division and a graduate division. Students had fun competing against their peers. Although this contest is a relatively new addition to the AMSA RMC, students and industry professionals alike have stated the value that the contest holds for students in their future careers. The ability to identify defects, analyze products for quality, and general knowledge about the processed side of the meat industry will surely prove beneficial for students as they take their place in the field of meat science. 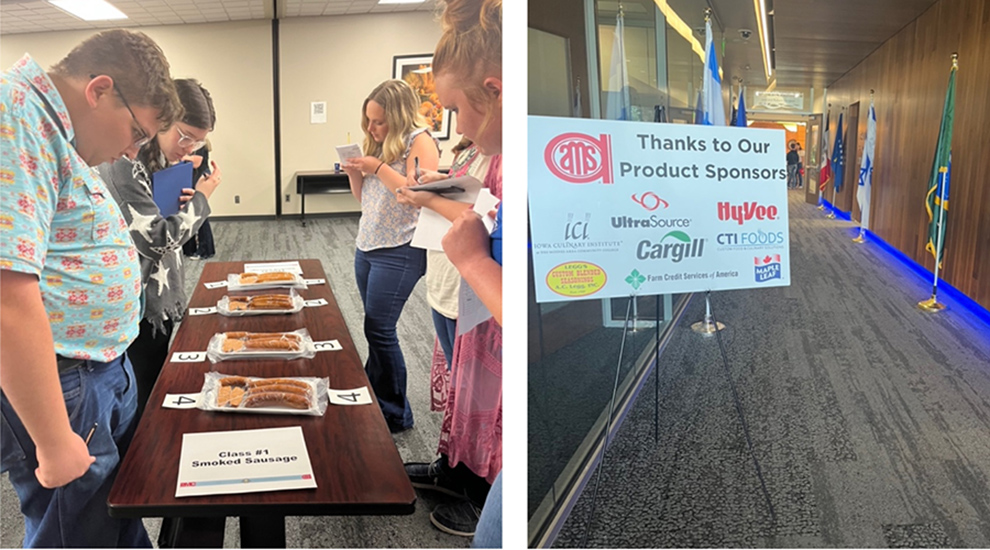 If you were not at Quiz Bowl, sponsored by JBS Foods/Pilgrim’s, on Sunday, June 12, you really missed out! Students spent the day answering questions in an intense, competitive and engaging manner. This year, it was extremely competitive with a total of 29 undergraduate teams and 116 students. Students answered questions about the meat industry, meat judging and so much more in hopes of winning the 2022 RMC Quiz Bowl Champion title! All day Sunday we were at the Iowa Events Center holding quiz bowl rounds in different rooms throughout Memorial Hall. The preliminary rounds finally finished and came down to the last two teams standing and headed over to Reimann Gardens in Ames, Iowa, to have the final match. After technical difficulties, waiting, problem solving and wondering if the Quiz Bowl finals would even happen, we kicked off the finals between University of Florida and Texas Tech University. The two teams went head-to-head for a few hours while everyone was on the edge of their seats with each question asked. Texas Tech won the first round, but since it was a double elimination tournament, another round commenced. Everyone was watching eagerly to see who would take the 2022 RMC Quiz Bowl Champion title, and Florida won by just five points. The room was filled with hugs, support, and great sportsmanship as everyone congratulated both teams. The Reimann Gardens was a unique venue that held an amazing group of students! 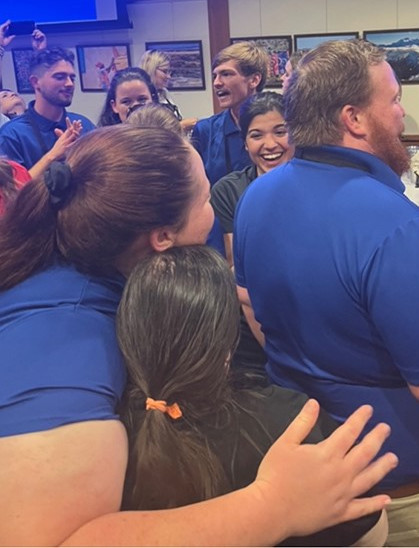 We decided to bring the sand volleyball tournament back this year and it was tons of fun! Just a few hours before the Quiz Bowl finals, students kicked-off the reception with a sand volleyball, sponsored by Kemin and softball tournament, sponsored by American Foods Group. They gathered at Iowa State University's intramural fields and had a blast playing against their peers. Though it was hot and sandy, multiple laughs echoed through the volleyball courts as all ages were included in diving for the ball and serving aces to the opposing team! On the other side of the court, the softball tournament was a little more competitive as the Meatheads dominated! They all had a blast hitting the ball as far as they could and throwing people out on the bases. It’s safe to say the tournaments were a huge hit! 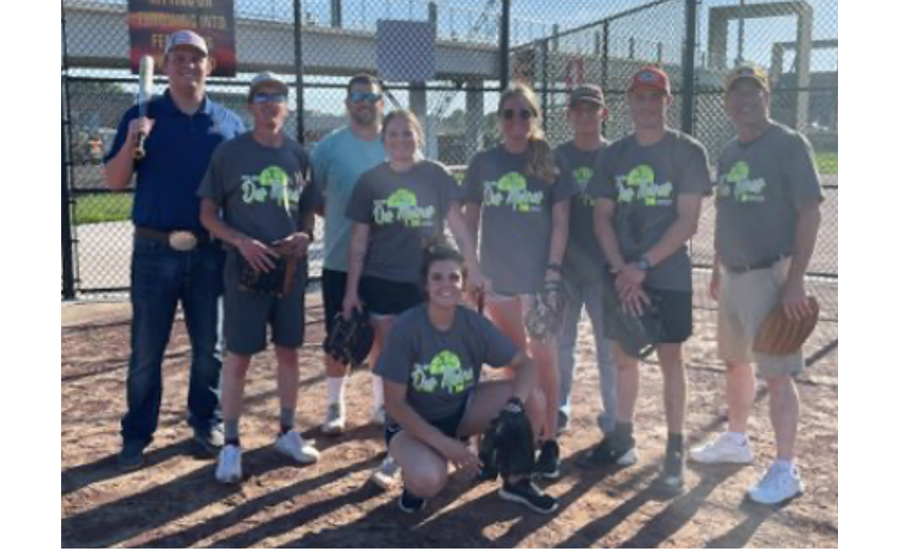 Last but not least, students showed off their research! Digital ePosters student researchers created were available for viewing throughout the week. There were 168 abstracts submitted that attendees could walk through, read, and ask the students questions. In addition, there were 38 total ePosters entered in the student ePoster research competition that were judged including 11 undergraduate sponsored by JBS Foods/Pilgrim’s, 16 master’s, sponsored by Tyson Foods Inc.  and 11 PhD posters sponsored by Hormel Foods. If you walked through the ePosters, I’m sure you caught on to how bright these students are and how effective their research will be in the future! 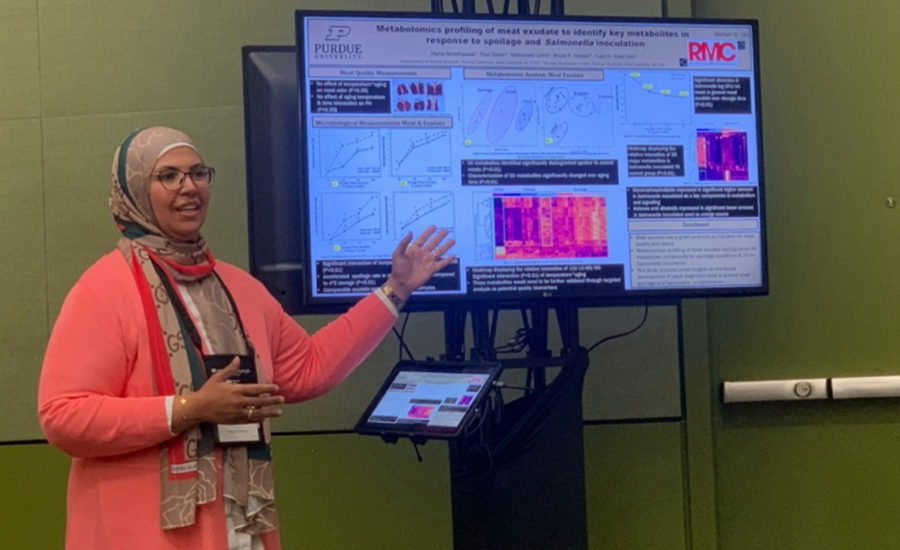 The student activities at the 2022 AMSA 75th RMC in Des Moines were a blast! We cannot wait to host all the student members in St. Paul, Minn., again next summer, June 25-28, 2023, and see the competitiveness, comradeship, and successful networking come back to life!

Kielee Whitewood is an intern at the American Meat Science Association and a student at Texas Tech University.

Kielee Whitewood is an intern at the American Meat Science Association and a student at Texas Tech University.