This website requires certain cookies to work and uses other cookies to help you have the best experience. By visiting this website, certain cookies have already been set, which you may delete and block. By closing this message or continuing to use our site, you agree to the use of cookies. Visit our updated privacy and cookie policy to learn more.
Home » Longevity rules at Hollymatic: Stop by NRA Show Booth #5528 to tell us your story
Supplier News

Longevity rules at Hollymatic: Stop by NRA Show Booth #5528 to tell us your story 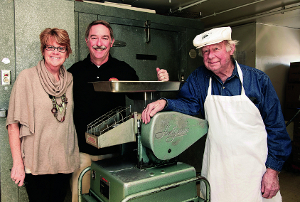 Hollymatic Corporation is looking for the oldest Hollymatic equipment that is still in operation in North or South America. That’s including any food formers or patty machines, mixers or grinders, saws, marinators …you name it! Stop at Booth #5528 at the NRA Show in May and tell us your story.

Talk to us! Stop by Booth #5528 or email your story to r.kovacik@hollymatic.com

Together, hundreds of restaurants and processors have made history with Hollymatic.

What to See at IPPE! Hollymatic at Booth B5505