Keeping up with cook/chill technologies

Advancement in cooking and chilling technologies continues to meet the varied demands of protein processors and end users. 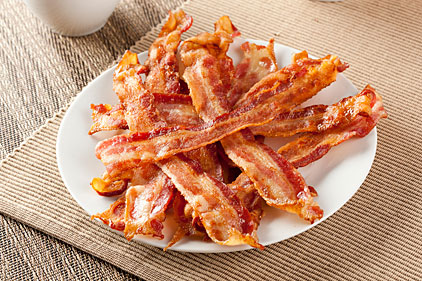 Cook and chill technologies affect products as small as individual airline entrees to 2,000-pound batches of meats for casino commissaries to luncheon meats for school and hospital commissaries. How is cook/chill technology keeping up with the varied needs of the marketplace?

“There are a large number of retail foodservice operators that are cook-chilling foods in extremely large volumes,” says Brian A. Nummer, Ph.D., extension food safety specialist and associate professor at Utah State University and senior food safety advisor to Walt Disney Parks and Resorts, in Orlando, Fla. While the schools are not that inventive, the casinos and similar large caterers are quite inventive.

In fact, many processors are taking old cooking technologies and reworking them so they can be used in a new way, says Jeff J. Sindelar, Ph.D., extension meat specialist, UW Meat Laboratory, University of Wisconsin-Madison. “They are reviewing how they can be used more quickly and with a variety of products.”

Infrared heating, for one, appears to be receiving renewed interest for warming meat products.

“This would be most applicable to thin or small-diameter products, and I have learned that a U.S. oven manufacturer has started to work with a European infrared oven company,” says Lynn Knipe, Ph.D., associate professor, Department of Food Science and Technology, The Ohio State University, Columbus, Ohio. “Infrared heating is claimed to heat faster with less moisture loss during cooking.”

Knipe notes that one of his engineering sources said he wanted to try the technology again to see if it would work in combination with his company’s other cooking methods in continuous ovens.

In addition, continuous processes for small sausages are migrating to cook-in-package technologies.

“The complete conversion to cook-in-package technologies with the goal of eliminating RTE rooms has been achieved for some plants,” says Robert Hanson, principal, HansonTech LLC, based in Hudson, Wis.

Adoption of pre-smoked fibrous and plastic casings is continuing due to the ease of use of the pre-smoked casings versus atomized smoke or traditional smoke generators.

“The use of traditional smoke generators continues to decline, although some good new designs have some on the market,” says Hanson. “Cook-in-package technologies for smoked meats are continuing to be developed and adopted by the industry.”

“But I have seen some movement — long overdue — toward higher recirculation rates for airflow,” he says.

For air-blast chilling, the industry is moving toward all-stainless chill cells that are sized to fit one smokehouse load of product, says Hanson.

The one-for-one design shortens the cooling time and also reduces the time wasted in defrost cycles, he says. A primary driver, though, is that the welded stainless steel cabinets are more cleanable than conventional chiller structures made from concrete floors, plastic wall panels and caulked joints that, with age, inevitably become unwanted crud collectors in an RTE environment.

“This design is a clever and simple way to significantly improve chiller performance,” Hanson says.

“The superior cleanability and long-term durability of stainless cabinets for blast chillers is a clear advantage over conventional concrete and plastic designs,” Hanson says. “The stainless construction, however, carries a significantly higher price that has to be weighed against the lower cost of conventional designs.”

Water transfers heat far better than air, he says. One big concern has been that the full blown ice-water chiller with remote condenser is quite expensive. An intermediate option is the chiller tank that can be iced from an existing ice maker.

Many brine chillers have been converted from chlorine to citric acid for bacteria control in the brine.

“The use of citric acid to control pathogens in brine chiller water was developed and validated by Dr. Bruce Tompkin and other scientists at ConAgra years ago, and released to the industry for public use,” Hanson says. “It has since seen widespread adoption in continuous brine chillers.”

Indeed, many batch brine chillers have been taken out of service and converted to blast-air chillers — despite the increase in yield loss — just to eliminate the need for pathogen control in the brine and the disposal costs associated with salt water, he says.

And airline catering is experimenting with new packaging, as well, with cook chill foods that use a special venting lid, he says.

“Foods are tray cooked and then vacuum or air sealed with a special plastic lid,” says Nummer. The lid blows open to vent the tray when it’s heated in an airplane microwave. Much to the dismay of some caterers, regulators have deemed this cook chill and require all the necessary approvals.”

“Companies like iCertainty have end-to-end electronic HACCP for reduced oxygen packaging such as cook chill,” says Nummer. “This type of electronic HACCP will help retailers and foodservice operators who have to overcome the regulatory oversight of the FDA model Food Code.

As regulators get more comfortable with the safety of cook chill, newer technologies will be applied at this level, he says.

“For example, grill marking or smoking followed by cook chill makes regulators nervous,” Nummer says. The next level of technology in my area [retail foodservice] is the application of technology-enhanced food safety. Examples are RFID labels for product traceability, wireless temperature data loggers and similar [actions].”

Technology and education are the keys to resolving the remaining challenges in cooking and chilling.

“The biggest challenge is in educating regulators (retail and foodservice) about the processes safety, says Nummer. After that, I would say traceability (labeling) and tracking is also there.

When operators have electronic control of their refrigeration, cooling can be optimized to a narrow margin of control, he says.

“Cooling would be computer controlled to maintain the safe target as determined electronically,” Nummer says. The other method is to simply set the temperature point maybe 5 to 7 degrees colder to ensure a safety margin.

If you consider food waste a sustainability issue, then cook chill itself is a solution,” says Nummer. “One of the main reasons to use the process is to have food ready to go and not drying out in some hot hold chaffer.”

The $4.6 billion category grew 9 percent from 2008 to 2014, although year-to-year growth was minimal, most likely due to lingering consumer concerns about frozen snacks’ processed nature. At this pace, sales are predicted to reach $5.1 billion in 2018. Consumers still appreciate the convenience and affordability of frozen snacks, reports Mintel, which will help them grow.

The $2.6 billion frozen handheld entrées segment leads the pack with 57.1 percent market share, with 4 percent sales growth over the last four years. Other popular snacks are frozen appetizers, snack rolls and pretzels, which increased sales 15 percent from 2008 to 2013. This segment has an impressive 70 percent household penetration rate.

The poultry industry has been chilling birds with mechanical technologies since the 1940s.

Water immersion chilling is still preferred over air chilling methods for a variety of reasons including operation costs, the footprint of the system and time savings.

The properties of water and air also need to be taken into account.

“Water is a better conductor of temperature and, in fact, water has a heat transfer rate that is 25 times that of air,” Peterson says. As a result, water immersion chilling systems can reduce the temperature of poultry faster than that of air.

With that said, there is still a market for air-chilled poultry, Peterson says, and it remains a viable alternative to water immersion chilling.

The biggest challenge that remains is to chill birds faster. “The larger the bird, the more time it takes to reduce the temperature of the bird, regardless of the type of chilling method employed,” she says.

The industry is producing larger birds, which means birds have to spend more time in the chilling system to reach the appropriate temperature.

“This increase in processing time can create challenges with the inspection and sanitation process,” Peterson says.

The poultry industry continues to invest in energy and water conservation practices, whether it is water reuse or recirculation programs, on-site water treatment technologies, etc., she says.

How is the chicken industry keeping up with the latest consumer trends? Ask farmers.