State of the Industry

The last year has been one of change. We have a new administration, which includes a new acting undersecretary for food safety and a new acting administrator. There was an atypical Mad Cow Disease finding in Alabama, while the West burns and the southeastern U.S. experiences flooding. The lean finely textured beef case was settled, Whole Foods was gobbled up by Amazon and USDA under secretary Al Almanza spoke about the need for Hazard Analysis and Critical Control Point Based Inspection Models (HIMP) in beef.

The most disturbing trend in the recall data is the increase in recalls for foreign material. During 2015, there were 10 recalls based on the presence of a foreign-material contaminant, whereas in 2017 there were 24 total recalls. This correlates to what we have been hearing and seeing in the field. Our clients have been reporting issues with receiving product and finding everything from hooks and knives to plastics and gloves.

As many processors are aware, most recalls are avoidable. Pathogen recalls can be avoided by implementing a test-and-hold program. Ensuring that you have control of the product until the laboratory results come back just makes good business sense. 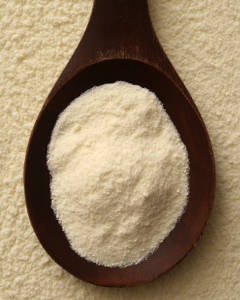 Allergens and misbranding are a bit trickier. If your supplier makes a mistake, there isn’t a lot you can do to rectify the situation, other than having good records for the insurance claim. There is an increased focus on allergen controls. If your labels correctly identify the possibility for allergen contamination, allergens no longer become a hazard.

Because of this, FSIS has put much of the focus on proper labeling over the past year. Having a robust program for verifying that the label is correct is a must in today’s regulatory environment. To make sure the finished label is correct, you must have a system that tracks both the ingredient labels and the ingredients through your production process.

We did look at the data in aggregate from 1998 to 2015. The data supplied for outbreaks can seem rather misleading in contamination origin. Although it is stated that the meat or poultry product had caused an outbreak, it does not necessarily mean that the product left the facility with the contamination. These products can be cross-contaminated in the restaurant, home or other preparation facility.

What stands out is the number of E. coli and Salmonella versus Listeria investigations that identified meat or poultry as the food vehicle. E. coli was implicated in 192 recalls, Salmonella 685, but Listeria was only found as the causative agent in 13 recalls. We know the prevalence of Listeria monocytogenes in the environment can rise to dangerous levels, yet industry controls are very effective in keeping those numbers low.

The biggest driver this year when it comes to regulatory change is still the FDA’s Food Safety Modernization Act (FSMA). If you are dual jurisdiction and go through an FDA sampling protocol you will be astounded at the difference in FSIS sampling protocols. The FDA samples everything.

This is an example of where the Food Safety and Inspection Service (FSIS) and FDA need to begin singing from the same sheet of music. They take such different approaches to Listeria monocytogenes control — and consequently different regulatory approaches — that if you are unfortunate enough to be in a dual jurisdiction facility, you eventually end up with two separate programs. Having two programs performing a similar task leads to wasted resources. This is a great opportunity for the two agencies to work together to better the regulation of a dangerous pathogen.

In those meat and poultry dual-jurisdiction establishments, FSMA’s reach is being felt. FSIS won’t accept preventive controls training, while FDA won’t accept the International HACCP Alliance training. We are aware of several private groups putting together a training program that is acceptable to both, but we were not aware of any programs that have been approved for producers to implement at presstime.

We are also seeing the situation cropping up in third-party audits of facilities that are strictly regulated by FSIS. You will be pushed into the preventive control paradigm by your auditor, often resulting in two food safety and quality programs. One you share with your inspector, the other you don’t. This trend is troublesome — and again, wastes resources.

FSIS replaced the Appendix A and B guidance. The issue? There really wasn’t any sound scientific reason to do so; further, the new criteria doesn’t have solid scientific support. There was a great amount of pushback from the public due to these concerns. Unfortunately, it is apparent that FSIS was not prepared to wait for public comment, as it came out with a directive (FSIS Directive 7111.1 Rev. 2) instructing employees on how to verify their procedures using this new compliance guideline information as the directives basis before the comment period ended. 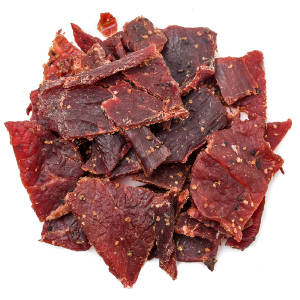 Beef jerky appears to be on the hit list, and while there haven’t been any specific regulatory outputs concerning it, there have been a lot of public and private comments by FSIS personnel about the need to reach 90 percent relative humidity when making jerky. I would ask our regulators to keep in mind that there hasn’t been a foodborne outbreak investigation in more than 10 years. Is there really justification for changing how we make these products?

We are seeing some fallout between FSIS and state programs regarding what is “equal to” and what is not. While the November 2016 document is a guideline and not a regulation, FSIS is treating it as if it is regulatory in nature. A number of states that have gone through audits have expressed concern they are being pushed to be “same as” rather than “equal to.”

We are also seeing a steady divergence between the different FSIS districts concerning regulatory enforcement. If you have establishments in multiple districts, food safety may be a challenge. What one district wants, another won’t accept and vice versa.

A large part of this problem is seemingly being caused by a lack of personnel. FSIS employees at all levels appear to be retiring or leaving faster than the agency can hire and train. This results in shortages in all districts. We are also seeing a lot of very junior employees being promoted into leadership positions — in many cases coming straight from a kill floor into an FLS position. The lack of experience often results in time taken by the processing establishment management to train and educate the FLS or another FSIS employee.

An example is using imported bison or venison trim in products produced under voluntary inspection. Some companies have been allowed to produce it, while in other FSIS districts the company is told to stop. The FSIS policy team determined it needed to revisit the issue. Time will tell if they have the resources needed to address this inconsistency. While we wait, there are companies at an artificial disadvantage in the market, causing the consumer to suffer from the lack of available products.

What the next year may bring

The crystal ball is still a bit cloudy, but one thing we can count on is that with the departure of Almanza and others in FSIS, there will be a reshuffling at the top of that agency. As a consistent trend during major changes in senior management, some middle-management employees will be lying low while others try to set themselves apart from their peers hoping to be noticed and promoted. The danger is that when this happens in a regulatory agency the “brain drain”, or more politely termed, loss of institutional knowledge, can be detrimental to the overall function of the agency resulting in what we are seeing now.

Having said that, there are some exceptional personnel in FSIS, and I expect this transition to shake itself out. The key for the industry is to be vocal and support those initiatives that make sense while pointing out the weaknesses of those that don’t. 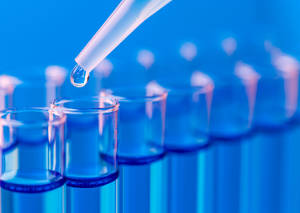 Technology is changing at warp speed. Controllers that were truly amazing four years ago are already outdated. Energy efficiency as well as ease of use and ability to maintain a sanitary condition has dramatically increased. There are new sanitizers, microbial and chemical testing equipment and automated cleaning units that have just hit the market or that are about to.

As technology evolves, you will see better return on investment; however, the concern that is much the same as what we hear in the farm industry about who owns their tractors and combines. Who owns the equipment? Who can maintain it? Who is qualified to maintain it? Does it make sense to own or does leasing make more sense? Decision-makers no longer have two or three choices. They literally may have hundreds.

As the different third-party audit schemes become more mature, I think we will see a migration toward integration of programs. The industry will need to get away from having two separate food safety plans if we want to be as efficient as possible. I also think we will see more auditors that have a better understanding of the meat and poultry industry.

We are a data-driven industry in so many ways, and as an industry we are behind in using food-safety data to make macro decisions. I see that changing with the increase in companies who use food-safety data in their decision-making. These companies share that data with trade associations, and in turn the trade association representatives can give solid data in defense of the industry.

I believe we will continue to influence regulatory decision-making in a way that is both based on scientific research and that can be done realistically in this industry. If you stop to think about it all, the data we reviewed as part of this article was generated by the government. The numbers we didn’t look at were how many meals were consumed versus the illness statistics. How many shipments were made against the number of recalls?

When taken in the proper context, as an industry we are doing a great job. We must stay focused, demand our due process rights, educate our customers as well as regulators and continue to make the wide variety of wholesome and innovative products our customers demand.  NP

State of the Industry 2017 Segments