This website requires certain cookies to work and uses other cookies to help you have the best experience. By visiting this website, certain cookies have already been set, which you may delete and block. By closing this message or continuing to use our site, you agree to the use of cookies. Visit our updated privacy and cookie policy to learn more.
Home » 2019 Top 100 meat and poultry processors: Holding pattern
Meat and Poultry ProcessingSpecial Reports
Special Report | Top 100 Processors

After several years of record sales and optimism, meat and poultry processors featured in our annual Top 100 Processors Report display a more cautious outlook for the industry.

In recent years, our annual Top 100 Meat and Poultry Processors Report was littered with constant references to record sales, best years ever and rosy outlooks for the future. That has, at least temporarily, come to a halt in the 2019 edition, as processors are realizing they face slower sales and looming problems.

For the first time since the question “How was your company’s last fiscal year performance?” began appearing in our Top 100 questionnaire, a majority of respondents answered “average” instead of “best year ever.” Although there was a general belief that the current fiscal year would be better than the last one, processors seemed more aware than ever of the challenges ahead.

Sixteen different companies mentioned labor issues as one of the main challenges for the coming year, be it finding help or retaining employees. Record-low unemployment rates have become a problem, as companies struggle to fill available positions.

Labor was far and away the biggest concern, but there were other issues as well. Biosecurity is a key issue for both the pork (African swine fever) and poultry (Newcastle disease) industries. Uncertainty surrounding USDA regulation, export markets, raw material markets and the restaurant sector were also listed. Consumer perceptions of the meat-processing industry were also listed.

“Consumer behavior toward meat consumption is a bigger concern, as analogue meat continues to develop and environmental concern over the sustainability of animal agriculture persists,” wrote one executive. 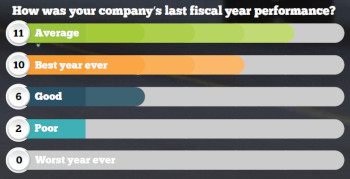 Of course, there were plenty of bright spots in the year. Many processors made key acquisitions, released innovative new products or expanded their production capabilities. Tyson Foods, thanks in part to its acquisition of Keystone Foods, became the first processor to top the $40 billion mark on the Top 100 Report. Several acquisitions, namely Rose Packing by OSI Group and Harris Ranch by Central Valley Meat, took place after presstime — those changes will be reflected in the 2020 list.

Other processors identified numerous strategies to make the best of 2019 and beyond. That included capital expenditures (new cooking systems, new ERP system, new sausage line) and product development (private label, convenience foods and ground beef were all listed as opportunities).

Read through the rest of the report for market segment breakdowns, our Greatest Gains chart and a list of past highlights from the companies included on both charts.

Editor’s Note for charts: Not all companies responded to every question on the questionnaire. Those that declined to answer any particular question were left out of those results. If you would like your company to be included in the 2020 Top 100 Processors Report or the Greatest Gains report, contact Sam Gazdziak at gazdziaks@bnpmedia.com.

Editor’s note: The market segment reports are gathered by information submitted by the following companies, or information that is publicly available. Those companies that did not respond or declined to provide specific information were not included.

Select a market segment in order to view the report:

The Greatest Gains chart is designed to showcase the companies that have shown the strongest growth over the past year. These are not necessarily the largest companies in the country; several of them did not make the cutoff for the Top 100 Report. However, their successful years deserve to be mentioned as well.

• Stampede Meat Inc. invested more than $36 million to renovate and reopen the former Tyson Foods facility in Sunland Park, New Mexico — the company’s first expansion outside of its Illinois home. Over the next year, the facility will increase Stampede’s existing 285,000 square footage and 190 million-pound capacity by more than half. Once fully utilized, the facility will support $300 to 400 million in incremental top line growth.

• Sunset Farm Foods Inc. is planning to follow up a good growth year in 2018 with new customers and an expansion of existing customers.

• In 2018, Burgers’ Smokehouse added a 40,000-square-foot addition to its California, Mo. plant and opened a slicing facility in Springfield, Mo. The company bought Clifty Farms Country Meats, its first major acquisition, in early 2019.

• Old World Provisions celebrated the launch of a new sliced line, and all-natural grass-fed and finished line including retail and foodservice.

• Branding Iron Holdings identified the need for a premium offering in frozen burgers and answered with Chop House – a line of premium Angus Beef Chuck, Angus Sirloin & Chuck, Angus Brisket & Sirloin and Certified Angus Beef Blended Steak Burgers. In 2018 the brand was being introduced into foodservice to offer a craft burger experience designed to tap into the chef-driven restaurant burger trend.

• Foundation Food Group was formed August 1, 2018. The company is the consolidation of Victory Processing Inc. and Prime Pak Foods Inc. under a centralized management team and organizational structure. Combined the two companies make up one of the largest independent further processing organizations in today’s marketplace, says CEO Jerry Wilson.

• Swaggerty Sausage Co. enjoyed double-digit growth in pounds produced and shipped and expanded its line of all-natural links and patties. There was also continued reinvestment in facilities, including a harvest plant expansion, freezer and dry storage addition and updated slicing and link lines.

• In 2018 Hormel Foods invested $390 million in capital, the largest capital investment in the company’s history. Much of this went toward value-added production capacity for businesses such as Jennie-O Turkey Store and Hormel Foodservice.

Other highlights from the Top 100:

• Caviness Beef Packers Ltd. will be adding a 2nd shift to its Hereford, TX facility. This will come on-line the 1st quarter of 2019.

• Beef Products Inc. announced a name change to Empirical Foods Inc., as the next generation of Roth Family management officially took charge of the business.

• Fieldale Farms Corp. completed the renovation of its Cornelia and Murrayville, Ga. plants.

• House of Raeford Farms’ Wallace, N.C. ready-to-cook processing plant reopened after the facility was destroyed by fire in 2017. The new operation will have a capacity that is double the volume of the previous plant by late 2020.

• Monogram Foods invested $30 million in expansion projects at its Martinsville facility, and its Harlan plant was named to Nebraska’s safest companies in 2018. Also in 2018, the company raised $625,000 through its Monogram Loves Kids Foundation. CEO Karl Schledwitz was named 2018 CEO of the Year for the Inside Memphis magazine.

• While ProPortion Foods’ new 200,000 square-foot headquarters and processing facility in Round Rock, Texas opened in 2017, 2018 represented its first full year in operation. Several pieces of new processing equipment, providing additional new capabilities were added to the facility throughout 2018.

• Smithfield Foods completed construction and began operating its new distribution center with blast cell cold storage capabilities in Tar Heel, N.C. in 2018. Smithfield invested $100 million into this expansion, which features nearly 50,000 pallet positions and has an annual capacity of more than one billion pounds. Smithfield also announced a $35 million investment into its Sioux Falls, S.D. operations. This investment includes a $20 million renovation of a facility that will house more than 8,000 hogs, and a $14 million expansion of the company’s processing facility that is set to be complete in 2019. The expansion of the Sioux Falls facility will enable the location to begin processing seasoned ground pork and other cuts in high demand by export markets. The company also expanded Smithfield Renewables, an innovative program designed to help meet its goal to reduce greenhouse gas (GHG) emissions 25 percent by 2025.

• Trim-Rite Food Corp. purchased 2 acres of land attached to its current property, with the idea of future expansion. The company also remodeled its office and customer areas.

2020 Top 100 meat and poultry processors: Storm clouds on the horizon